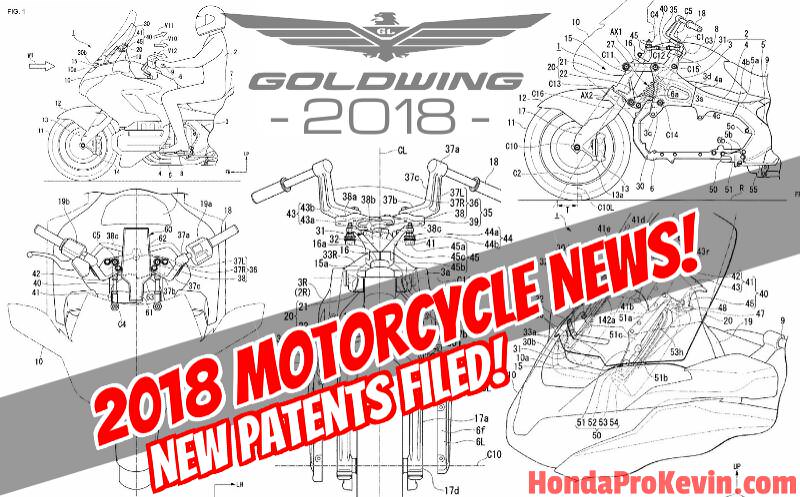 We had a lot of rumors floating around about possible changes to the 2017 Gold Wing. Well, for that matter we’ve had rumors floating around for the last decade with hopes and dreams being crushed year after year when Honda would announce that they were going to offer new color options etc. Back in 2011 when Honda didn’t manufacturer a 2011 Gold Wing, that really had the wheels turning on the rumor mills and rightfully so as typically if a manufacturer is going to skip a production year on their “flagship” motorcycle then they have something in the works. That “something in the works” turned out to be them moving production from here in Ohio across the pond to Japan. It did bring a couple of slight changes though but nothing major and I won’t bore you with the nitty-gritty details on that as I’m sure most of you reading this are huge Gold Wing fanatics and probably know what I’m referring to. The rumors mentioned above floating around for an all-new 2017 GoldWing have already been put to rest as the 17′ Wing has already been announced and will be on dealers floors soon or already by now depending on when you’re reading this article.

Enough of the rambling though… Let’s get to why you’re here and check out the new patent documents below that Honda just filed over the last couple of weeks! Could this be another glimpse at what will be the 2018 Gold Wing?

Are you behind on my previous 2018 GoldWing Patent Document posts with all kinds of goodies like DCT Automatic Transmissions etc? Here’s a link for you to check out those past blog posts:

These images are pulled from (2) separate patent filings for what we can only hope and assume to be the 2018 Gold Wing… You’ll find some showcasing a new adjustable windshield for the Gold Wing as well as some that showcase the front suspension yet again. What do I mean by “yet again” on the front suspension? This is now the 3rd separate patent filing that I have stumbled across with each more in detail regarding the plans they just may have in store for the next generation redesign on the Gold Wing which we will hopefully see about this time next year in 2017 but as a 2018 year model.

Mix all of this up with the latest DCT Automatic Transmission patents filed for the hopefully soon-to-be 2018 Gold Wing and things should get interesting over the next 6-12 months… Haven’t checked out the DCT Automatic Transmission controls on the GoldWing? You’re missing out and need to follow the link above to my past patent document reviews covering the changes Honda is working on.

I’m curious on what you guys are thinking! Comment below after looking into your crystal ball and tell me what you think Honda has in store for the 2018 Gold Wing. Do you think we’re still a long ways out from seeing Honda tweak the Wing and we won’t see any huge changes until the 2019 GoldWing is released? What changes do YOU think the Gold Wing needs to remain the ultimate Touring Motorcycle? The competition is getting stacked year after year in this market segment so Honda can’t sit around too much longer without upgrading the Wing if they want to keep these ad slogan “Follow the Leader”…