I as well as many others I’m sure predicted this day was coming vey soon… When Honda completely revamped the CRF450R in 2017 and introduced the All-New CRF450RX, it’s only right to think its little brother would be going under the knife shortly after. 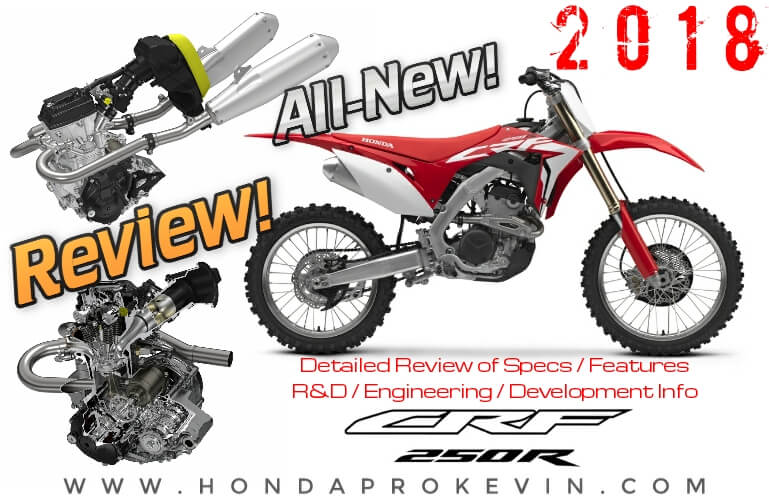 That day is almost upon us! Honda dropped a video today with absolutely no prior announcement or heads up that it was coming whether it be to the press or dealers. The big day is August 31, 2017 (7.31.2017) so set your calendars and make sure to head back over here for all of the nitty-gritty details and specs on the 2018 CRF250R / CRF250RX Release Date.

What makes me so sure that this is for an almost entirely all-new 2018 CRF250R with loads of changes and all-new model introduction with the 2018 CRF250RX?

It all boils down to the video name and select wording used. In the video title below you see “Absolute holeshot” and that is the exact terminology that Honda used on the 2017 CRF450R model release video almost 12 months ago. They aren’t going to throw the same words around if they aren’t related in some shape, form or fashion. Also, Honda has already announced the following the 2018 CRF450R and CRF150R which leaves nothing but the 2018 CRF250R when it comes to the 2018 CRF-R race bike / motorcycle model lineup. They wouldn’t have delayed the 2018 CRF250R model release if it didn’t have big changes in the works, they would have rolled out the release for the 250 at the same time as the others.