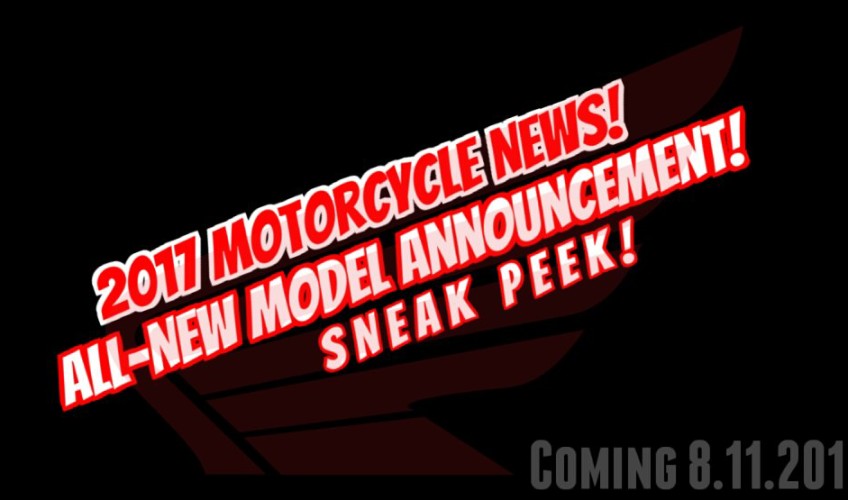 Honda has been hard at work lately with new 2017 model releases with the most recent 2017 side by side model announcement a couple weeks ago but the good news doesn’t stop there! Today on August 3, 2016 Honda uploads a video to their YouTube channel called “Absolute Holeshot 8.11.2016” that I’ve posted below showing what I assume is a CRF dirt bike on a track ripping. Sadly, we don’t have any audio to go by with the sound of the dirt bike to get any ideas from there as they overlayed music on the entire clip.

What could it be? If you pause the video though, it doesn’t look like the typical tire on the back of a CRF450R / CRF250R etc. They have referred to a model coming soon that would be a “complete model change up and a game changer” in the previous dealer release. Come back here on August 11, 2016 and I’ll have all of the details you want to know about this 2017 motorcycle release.

They are doing a stellar job at stirring up the hype pot as I’m excited and can’t wait to see what is coming on August 11, 2016!

What do you guys think it is?

Here’s my short video going over the details in the video release by Honda above for those that would rather listen than read about the details.