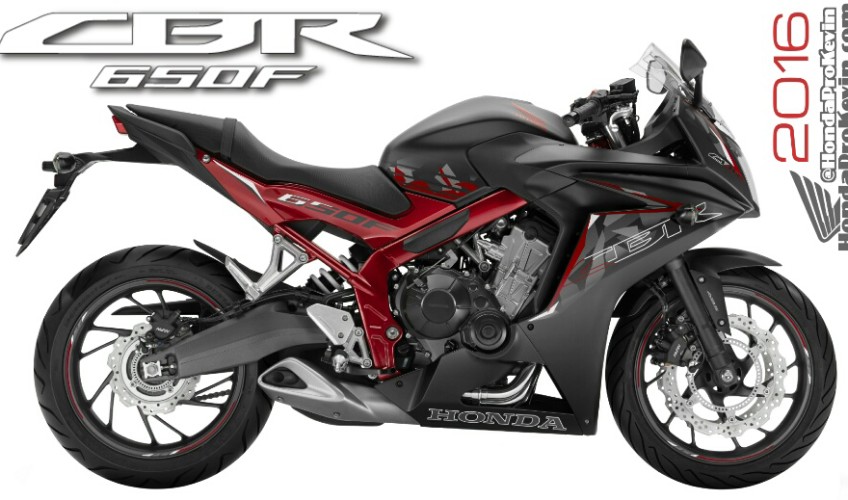 It’s the most wonderful time of the year! Why is that? Because it’s that motorcycle show time of the year where we have the EICMA show in Milan, Tokyo Motor Show, IMS (International Motorcycle Show) and AIMExpo all lined up back to back within just a matter of a few weeks. What is so important about these shows? It’s the time that most manufacturers announce new sport bikes to their model lineup for 2016 and beyond as well as cool concept bikes etc. 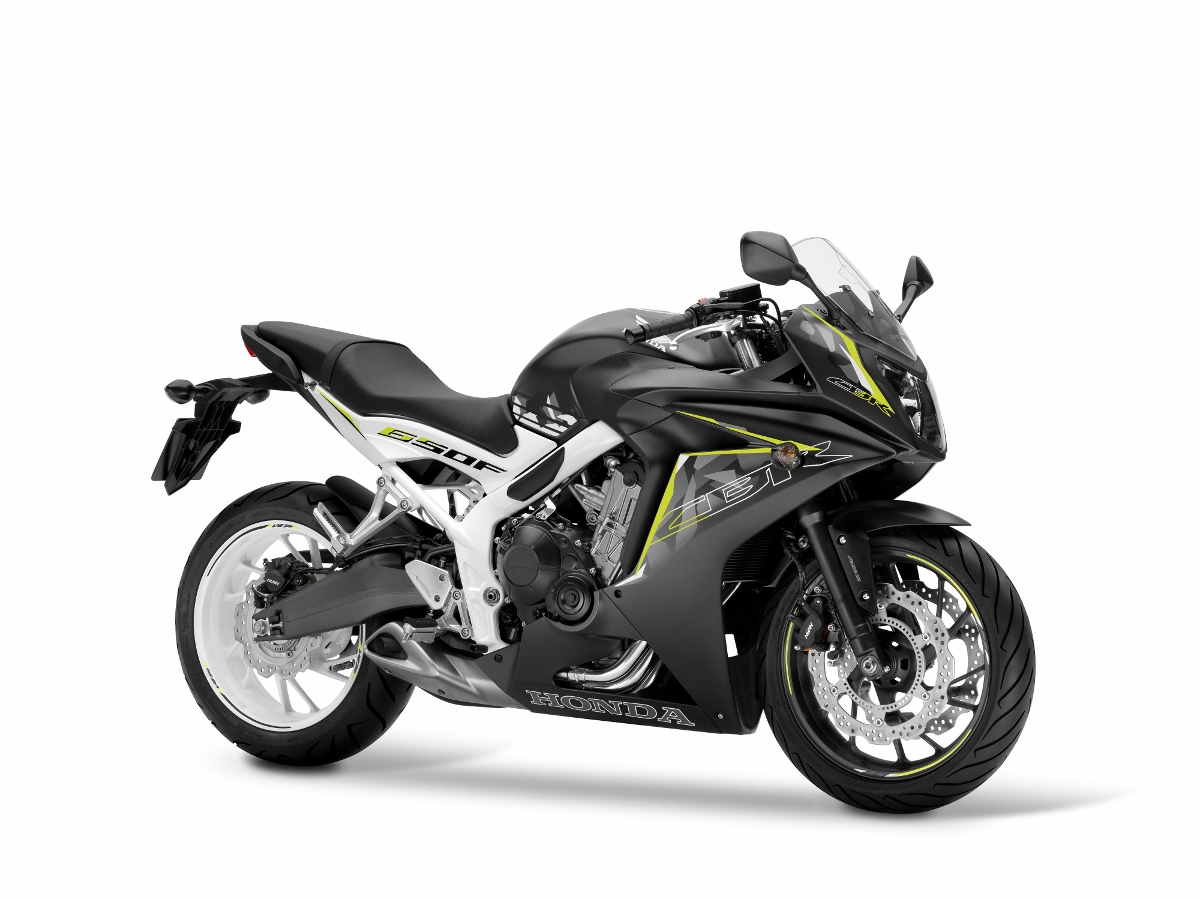 With this weeks update for the EICMA show we have the 2016 Honda CBR650F that was just announced as a returning model for 2016 with a wild new color scheme to mix things up a bit. Wild is about the only word I can find to explain this Matte Black Metallic / Candy Red color scheme. At first, I wasn’t too thrilled about it but the more I look at it, the more it grows on me. What do you guys think about? The only thing I’m not too pleased about with the 2016 CBR650F update is that we only get one color to choose from in the USA for 2016. Yes, I said ONE color! Honda is taking a risky chance on the CBR model lineup this year when it comes to colors. What do I mean by “risky”? Well, now we only have this one color for the 2016 CBR650F and then when you check out the 2016 CBR1000RR & 2016 CBR600RR we only have one color to choose from there too. If you love the color offered then you’re in luck but the odds of everyone loving that one color when choosing will be slim.

2016 CBR650F changes? Nope, no changes for 2016 from Honda on the very popular entry-level 600 cc class sport bike. If I’m being honest, I can’t think of really anything they “need” to or should have changed. Bang for the buck the bike is hard to be the way it sits with it being unchanged since its initial release back in 2014. The CBR650F isn’t like the true supersport bikes like the CBR600RR & CBR1000RR where everyone is begging for more horsepower, lighter weight, more technology, traction control, wheelie control etc. If they started throwing goodies like that at the CBR650F then it would price it out of the market that it was built and intended for. If you want more horsepower than what the CBR650F has to offer then it’s time to jump up to the CBR600RR. Want to know the differences between the 2016 CBR650F vs 2016 CBR600RR? Check out a breakdown on the details between the two CBR models here.

Sporting middleweights have always found starring roles within Honda’s range thanks to the poise and usability produced by their combination of low mass and strong engine performance. Whereas the trend recently has been toward ever-larger capacity mid-sized machines, Honda decided on a different direction to produce a true four-cylinder sporty middleweight that offers high style and specification, an involving easy-to-use riding experience and real value for money.

“The CBR650F is designed to conquer corners with ease and also be great around town. It offers a sporting edge but makes no compromise to rider lifestyle – and is a real pleasure to look at. More and more of our customers, novice or veteran, are drawn to such a distinct identity and riding feel and it gives me great pleasure to welcome them to Honda’s newest CBR.”

Please Click “Like” and or Share if you found any of my content helpful. It lets me know you guys want to see more detailed info, pictures, videos etc on Honda’s motorcycles. Thanks guys!

The DOHC 649cc four-cylinder engine powering the CBR650F is completely new and engineered to deliver high torque through the low-to-mid rpm range, especially below 4,000 RPM.

The development team included many engineers in their twenties, selected to produce a bike with a focus on the younger customer. They decided early on that chasing peak power at redline was off their agenda. Strong acceleration from a standing start, low/mid range torque and mid-gear roll-on throttle response were targeted as the essential elements.

Crisp pick-up above 6,000 RPM and – for the sake of reduced running costs – economical cruising at highway speeds was also a focus. The engine’s also been designed to look good, with no external plumbing obscuring its lines. Sitting relatively far forward in the chassis for optimal weight distribution, the engine is truly at the heart of the machine. 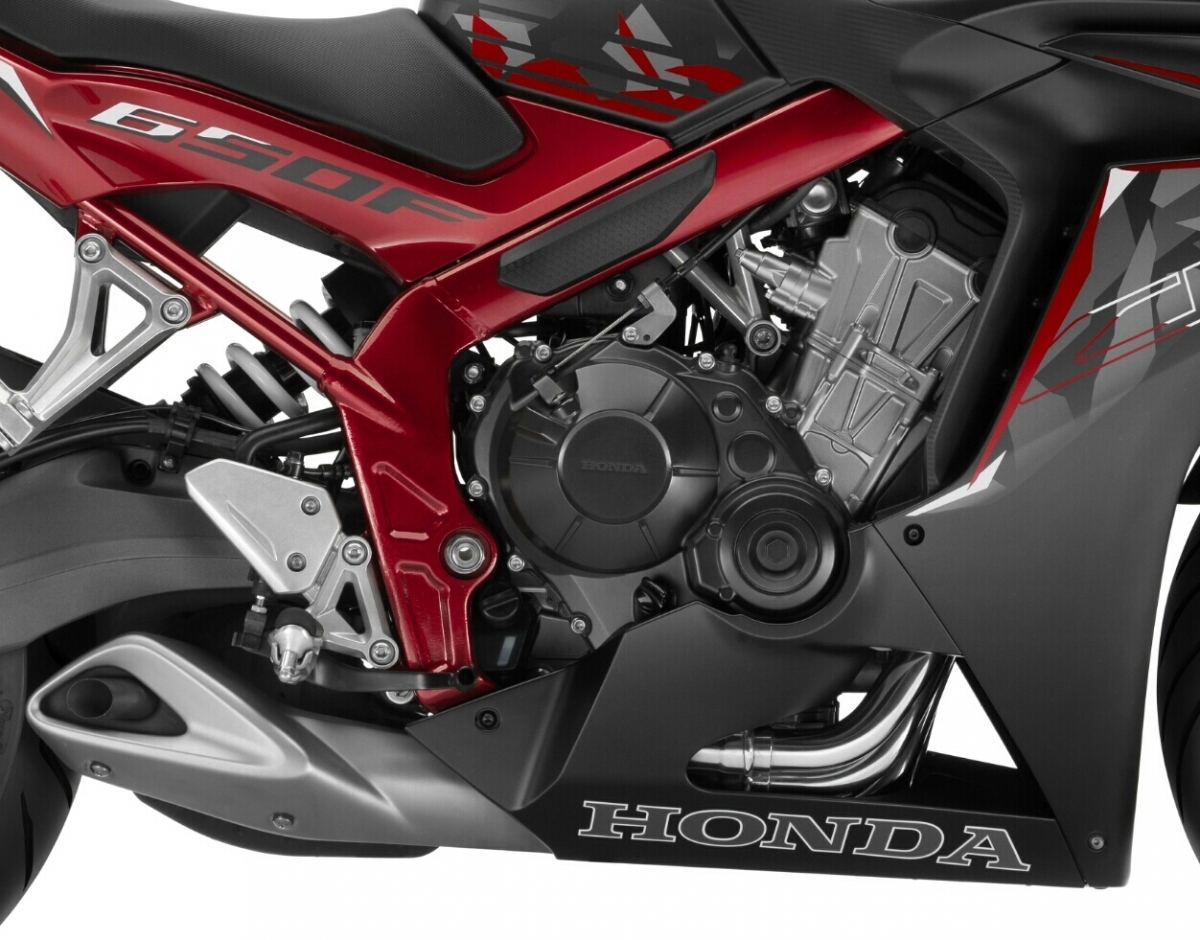 The CBR650F’s steel twin-spar frame has a tuned rigidity balance along with cast pivot plates and aluminum swingarm. The rear shock works directly on the swingarm and is matched to a 41mm telescopic front fork; the wheels are a new six-spoke design. Twin 320mm wavy front and a single 240mm rear disc deliver the stopping power with 2-channel ABS fitted as standard.

A low center of gravity, slim feel and high-set clip-on handlebars give excellent control and confidence. And the CBR650F’s sharp lines are enhanced by an effective but minimal full fairing that shows off the engine to the maximum.

Bore and stroke is set at 67mm x 46mm. Optimization of con-rod length has decreased the side-force on each piston and ‘breathing’ holes in the crankcase walls between the journals reduce pumping losses as rpm rises. The pistons were developed with Computer Aided Engineering (CAE) and asymmetric skirts minimize bore contact and reduce friction. Ferrous spines on the outer surface of the cylinder sleeves reduce oil consumption (and friction) with improved heat transfer.

A silent SV cam chain reduces frictional losses by using a Vanadium coating on its pins and the water pump – designed with CAE study of water flow – is compact and efficient, reducing drag.

Internal water channeling from cylinder head to cylinders does away with a great deal of the exterior hoses normally required and the motor shows off its minimal, elegant beauty and functional style. The layout of the oil filter (behind the engine) and oil cooler (front left) plus internal oil-ways further enhance the visual appeal and has enabled use of an evocative right side-swept 4-2-1 exhaust.

PGM-FI fuel injection is fed through a down-flow air-box and narrow 30mm high-velocity funnels, with intake gas-flow routed in as straight a line as possible. It operates with information from four separate throttle body sensors on 32mm throttle bores for crisp and accurate throttle response; Keihin KN7SJ injectors have replaced the Denso units used on the CB600F. Careful siting, position and angle of the throttle bodies allows a narrow frame width, improving manageability for the rider.

The steel diamond frame uses twin 64mm x 30mm elliptical spars. Its rigidity balance has been specifically tuned – it’s much stiffer around the headstock and more ‘flexible’ in the spar sections – to deliver the desired handling characteristics and level of rider feedback. Rake is set at 25.5° with trail of 101mm and wheelbase of 1,450mm. Curb weight comes in at 461 pounds for the CBR650F when it’s full of fuel and ready to ride.

The swingarm pivot plate is forged then welded together, while the gravity die-cast aluminum swingarm features a curvaceous shape that arcs over the muffler on the right. Adjustable for 7-stage spring preload the single-tube monoshock operates directly on the swingarm.

The shock and 41mm telescopic fork have been developed to work directly with the CBR650F frame’s performance parameters to provide supple, neutral control in all conditions. Both feature firmer spring rate (with damping to suit) compared directly with the CB650F to match the faired bike’s more sports-oriented focus.

Cast aluminium six-spoke wheels wear 120/70-17 and 180/55-17 front and rear radial tires. The wavy discs use the same manufacturing technique as the twin-cylinder NC750 series; the 240mm rear is formed within a 320mm front, saving material (and ultimately cost) to the customer. The two-piston front calipers and single-piston rear are managed by standard-fitment 2-channel ABS, ensuring safe and consistent stopping in all weathers.

A ‘Mass Forward’ stance gives the CBR650F its sleek and aggressive appearance. The dynamically curved fuel tank and chiseled fairing add a strong identity, as does the stubby, shrink-wrapped tail unit. Hinged at the back the tank allows easy access to the cylinder head for maintenance. Both taillight and front position light are LED.

The riding position is on the relaxed side of sporty and pillions get an ample seat and strap for security. Seat height is 810mm and a narrow middle profile helps ground reach.

The dash comprises twin large digital screens. On the left are the rev-counter and speedometer; on the right are a fuel gauge, clock, odometer and the warning lights. Both sides are lit by a white back light. A compact ‘wave’ design ignition key offers improved security and reduced chance of breakage.

CBR650F Ride Review: You can find my thoughts and opinions on riding the CBR650F here.

* Please keep in mind the 2016 CBR650F prices I mentioned above are the current MSRP prices from Honda. MSRP = Manufacturers Suggested Retail Price. 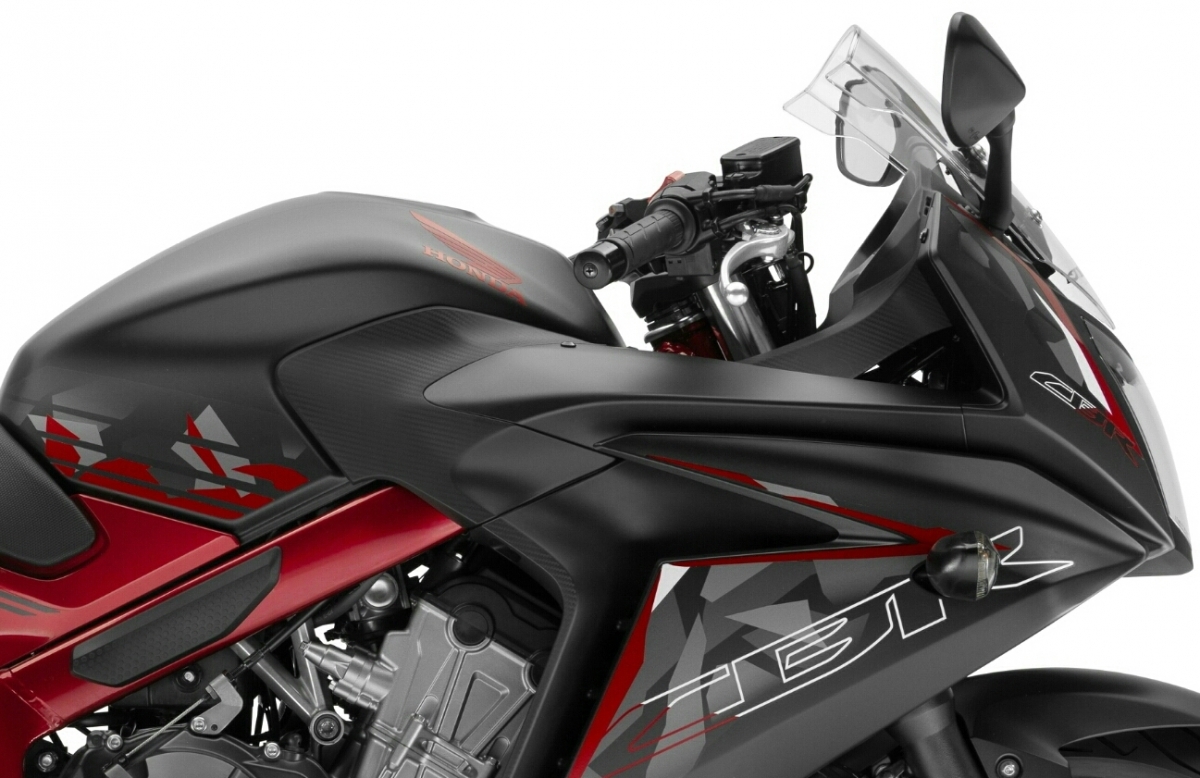