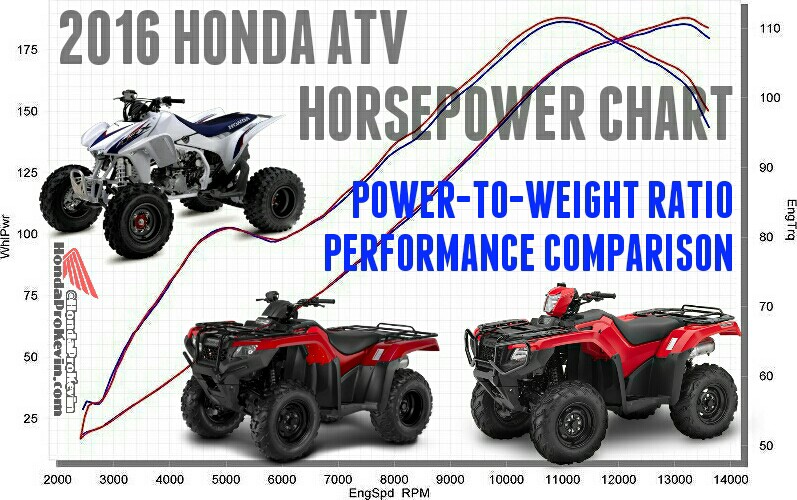 I get asked on a daily basis “What is the horsepower and torque rating for this ATV / Four Wheeler?” as Honda doesn’t publish their horsepower numbers so it can be difficult to track down the correct HP figures for a certain model. There are documents sent to the dealer though that list these numbers. After a little digging, I was able to grab the HP numbers for each of Honda’s 2016 ATV models. This information is all directly from Honda, not a 3rd party that is giving it their best guess etc.

I’ve also broken down the power-to-weight ratio for each ATV as that will give you an idea of the performance between each four wheeler moreso than just comparing horsepower numbers. Weight comes into play as you can have an ATV model that makes 10 more horsepower than another but weigh 600 pounds more which cancels out some of the added power when comparing the performance as far as acceleration etc.

What does this Honda ATV get fuel consumption wise? How many MPG or miles per tank etc? Those are some other questions I’m commonly asked and this information is slightly more difficult to come by since there’s a lot of variables that come into play. Some ATVs will be missing their miles per gallon rating below, check back shortly for those but until then I’ve got the majority of them broken down.

When reading the numbers below, keep in mind this is what Honda stamps on each models MSO / MCO. What is an MSO / MCO? Please see bottom of page for explanation. 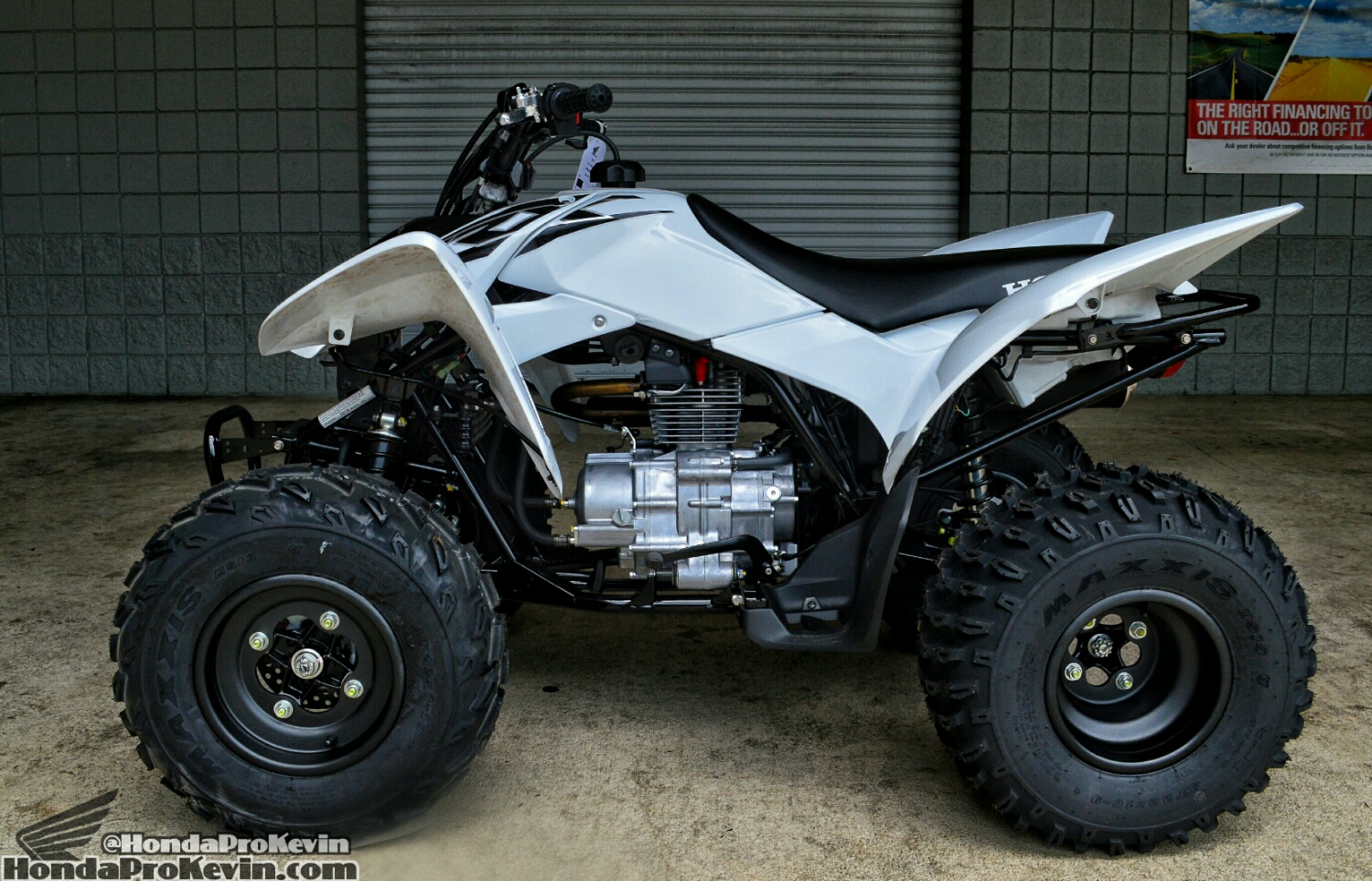 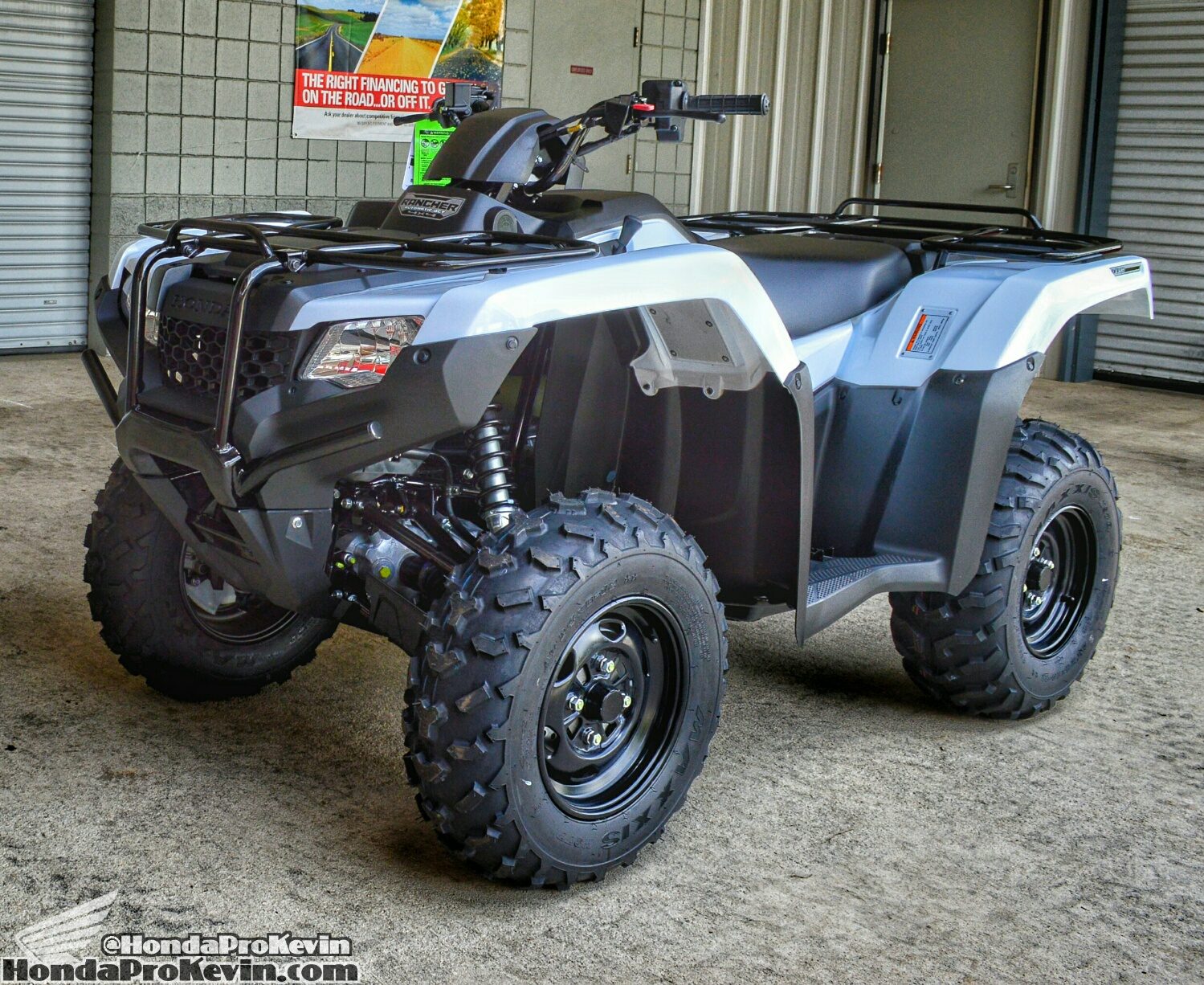 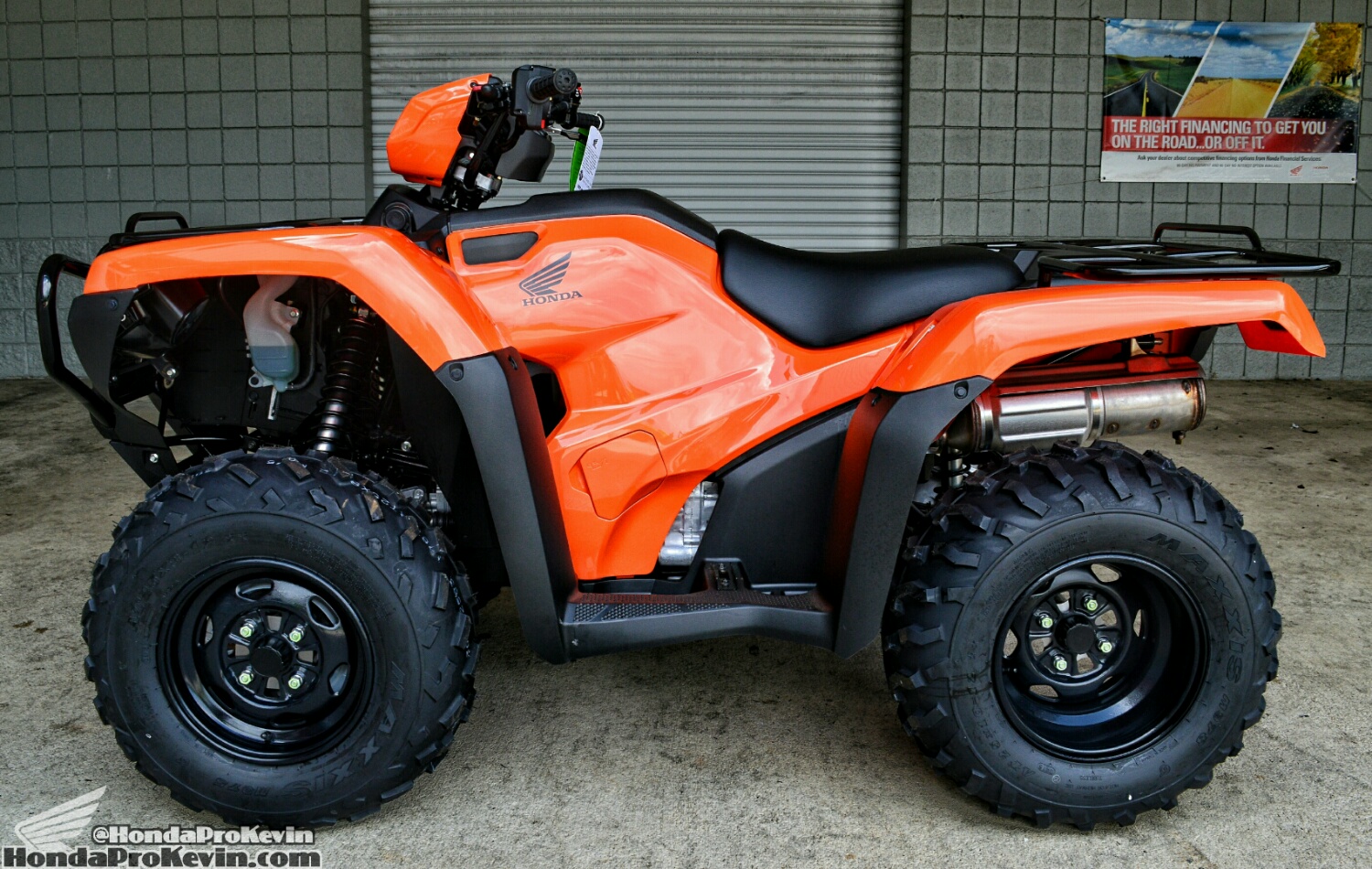 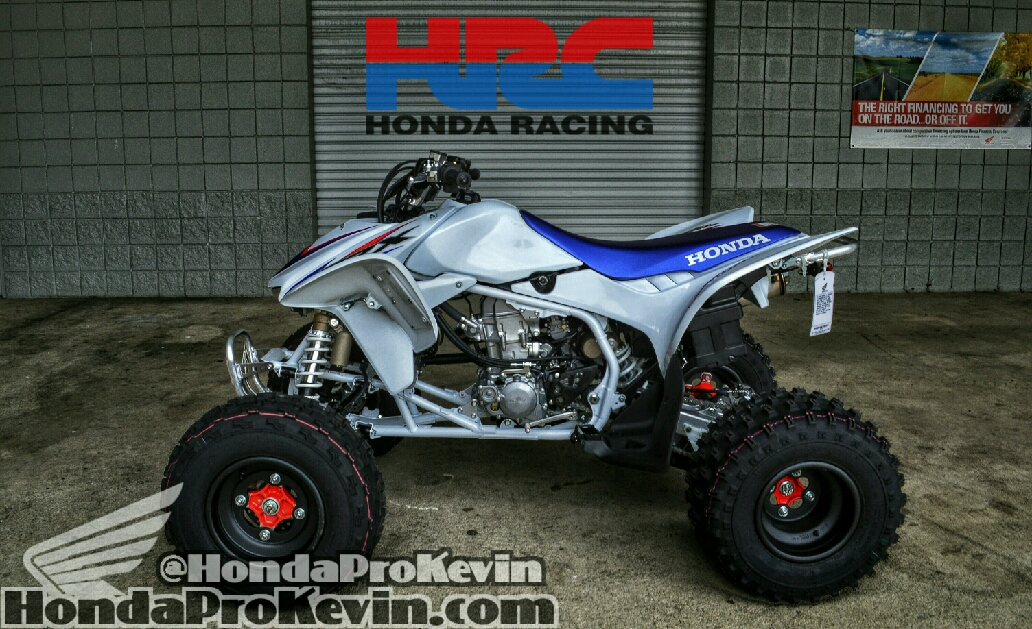 Honda hasn’t released information regarding the 2016 TRX400X or 2016 TRX450R. Below is the horsepower rating for their latest production year:

Going back to what I mentioned up top about the MSO / MCO for each ATV. MSO = Manufacturers Statement of Origin / MCO = Manufacturers Certificate of Origin. This is what Honda sends to the dealer for each model with the VIN listed as well as other pertinent information on that specific unit. This is the only place where Honda mentions the horsepower rating as well for each and every single ATV, Side by Side, Motorcycle, Scooter etc. This document is what will turn into your title when you purchase that unit if you live in a title state for an off-road machine (Some states don’t title off-road units).

Keep in mind these horsepower ratings will be different from what you may see if you’re looking for 2016 Honda ATV dyno numbers. You have different styles of dyno machines that will read differently and there are a lot of factors that go into those details but that is another 10 page novel on its own haha. Not only do you have different variables in dyno styles but then you also have the difference between measuring horsepower at the crank / flywheel versus true WHP (Wheel horsepower).