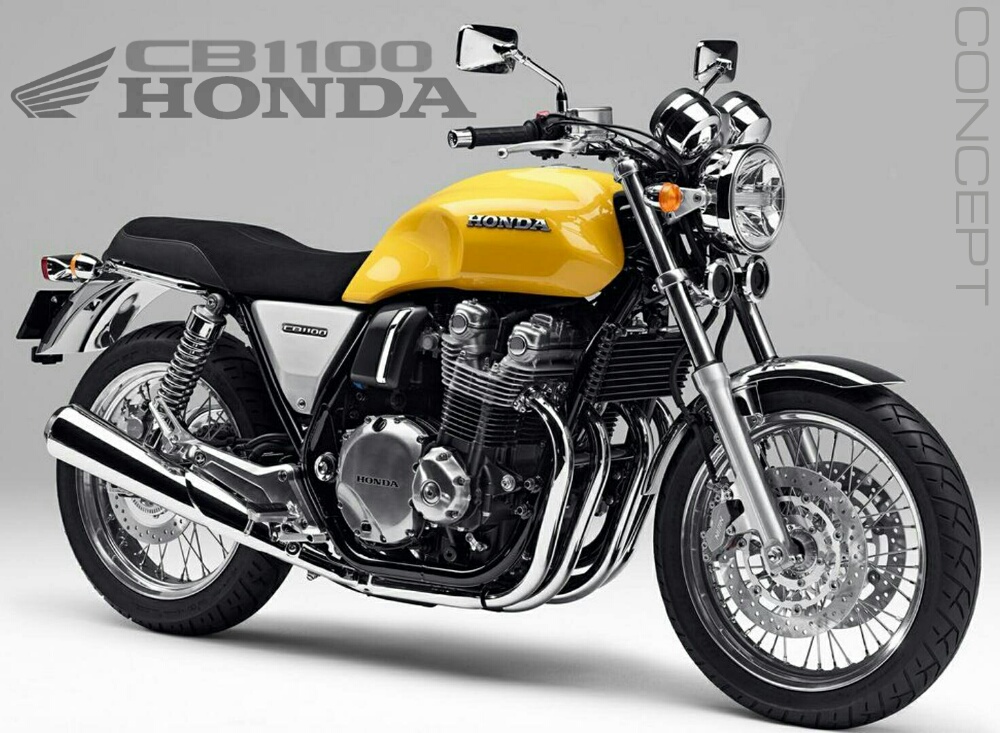 Say hello to another concept motorcycle that Honda will have on display for the 2015 Tokyo Motor Show. This B-E-A-UTIFUL yellow Honda CB1100 is referred to as “CB1100 Concept”. It’s going to be paired up with the black “CB1100 Custom Concept” that you can find more info and pictures of here.

To the naked eye the CB1100 Concept may look identical to the previous production version of the CB1100 (*Keep in mind, we didn’t receive spoke wheels like other countries). Take a closer look at the pictures and you’ll see quite a few pieces that were tweaked to fine-tune this vintage / retro style motorcycle and make it look even more gorgeous than ever! It’s too late for it to be announced as a 2016 model but could this be an addition to the 2017 Honda motorcycle model lineup?

What do you guys think? Would you like to see this exact concept model CB1100 make it as a 2017 CB1100 production bike for the USA?