This morning on September 1st, 2015, we were pleasantly surprised with not only information on the All New 2016 Africa Twin / CRF1000L that can be found here but also details on some of the returning models for 2016. The models announced this morning include: Honda CB300F, Gold Wing, F6B, Fury, Stateline, Shadow Aero & Phantom, XR650L and the old but still kicking Rebel 250.

Keep in mind, the 2016 motorcycle models listed below are not the entire model lineup. Quite a few 2016 motorcycles have already been announced previously. This is just a select few models that Honda was waiting to release the information on. Below is an update showing any upgrades / changes for 2016 as well as their release dates for each motorcycle.

Today at the AIMExpo show in Orlando, Florida, Honda presented most of its 2016 CBR lineup, with the aggressively restyled CBR500R making its world debut. Almost 25 years after the introduction of the CBR900RR, Honda’s modern sport bikes continue to offer performance and reliability.

“Since their respective introductions, the fun, affordable CBR300R and CBR500R models have been very popular with a wide variety of customers,” said Lee Edmunds, Manager of Motorcycle Marketing Communications at American Honda. “For 2016, the CBR500R receives striking updates, and we’re happy to unveil it here at AIMExpo. Both of these machines draw from the successful racing DNA of the CBR600RR and CBR1000RR, which return for 2016 with new colors.”

⇒ EDIT / UPDATE October 28, 2015: The 2016 Honda NC700X & CB500X just made their official debut at the 2015 Tokyo Motor Show with their list of changes and information below with pricing and release dates.

The extremely popular Honda MSX 125cc motorcycle makes its return for 2016 with a few changes and upgrades. Check out the link above for 2016 MSX changes, specs, pictures & videos as well as information on the Grom receiving changes for the USA versus European models etc.

Already a hit with adventure riders, Honda’s NC700X provides fun, practicality and reliability in every facet of riding, and it gets new, aggressive styling for 2016. Housing a 670cc liquid-cooled parallel-twin engine, the machine produces tons of torque and enough power to satisfy veteran riders, but it’s also good-natured enough for novices. The NC700X is offered in versions with a standard gearbox and a fully automatic Dual Clutch Transmission (DCT), the latter now with three different sport-mode settings. With deft handling, it’s adept at maneuvering through everything from city traffic to canyon roads, while the comfortable, upright seating position and a 5.8-gallon utility compartment—enlarged by .25 gallons for 2016 and big enough for a full-face helmet—make long-distance trips a pleasure. Other updates for the new model year include a revised windscreen and meter, as well as an LED taillight, a utility rail to simplify fitting a tank bag, a new pentagon-shaped muffler with an improved exhaust sound. Also new are the “L”-shaped air valves on the wheels for added clearance, and a smoother-functioning “wave”-style key.

Since its introduction the NC750X has enjoyed consistent popularity throughout Europe, making it a permanent fixture in the ranks of Europe’s top ten best selling motorcycles.

Reasons for its success are several: its ground-breaking, torque-laden twin-cylinder engine, which sips fuel while punching the bike forward in the low-to-mid rpm ranges, the relaxed, roomy riding position, wide handlebars and comfortable seat and riding position, the compliant, long-travel suspension and distinctive adventure styling all play their part.

The storage compartment (where the fuel tank would normally be) capable of holding a full-face helmet and Honda’s unique DCT (Dual Clutch Transmission) that over a third of customers choose are further features that set the NC750X apart.

As a total package, the NC750X’s qualities combine to create a motorcycle which functions superbly. For all types of riding – commuting, touring and simply riding for pleasure – it is a motorcycle with compelling all-round appeal. For 2016, both form and function are enhanced still further, building on the NC750X’s innovative DNA and making it feel – and work – even better again.

The NC750S is an exceptionally user-friendly motorcycle: easy to ride and easy on the pocket in terms of both initial purchase and running costs. It attracts riders of all ages including both experienced riders looking for a capable and economic motorcycle to tackle the city traffic, as well as new, younger riders stepping up from smaller machines looking equally for performance, economy, practicality and pleasure from their first ‘big’ motorcycle.

And that’s exactly what they get from the NC750S. Its parallel twin-cylinder engine packs the low-to-midrange with effortless torque; capacious storage space where the fuel tank normally sits and the option of Honda’s unique Dual Clutch Transmission set it apart from the crowd of mid-sized naked machines. When combined with a compact form, confidence-inspiring chassis and exceptional fuel economy, the result is a uniquely accessible and practical motorcycle.

Since the original launch in 2012 ­– as the NC700S – continuous development has seen Honda deliver more of what every rider liked about the machine, and the concept behind it. For this next step, form and function are enhanced in equal measure, making that first ‘big’ motorcycle experience even better.

Featuring sculpted new bodywork for an aggressive look that highlights the motorcycle’s functional components, the CB500F is an even better choice for a midsize naked sport bike in 2016. LED lights are now standard front and rear, and the shortened muffler has an improved exhaust note. The fuel tank is now larger and has a hinged cap, while the fork gets externally adjustable spring preload. Rounding out the improvements to the 2016 Honda CB500F are an adjustable front brake lever, aluminum die-cast passenger foot pegs, transmission updates that result in improved shifting feel, and a “wave”-style ignition key.

Honda’s smallest-displacement adventure-touring model is just as serious as its big siblings, as evidenced by the CB500X’s upright seating position and wide handlebar, plus a 471cc liquid-cooled parallel-twin DOHC engine that’s versatile and fuel-efficient. With its all-round punchy performance, adventure styling, affordable price point and low running costs the twin-cylinder CB500X is a great place from which to begin a lifelong motorcycling journey. Its upright, roomy riding position, substantial tank range and long-travel suspension inject a genuine sense of adventure into every ride, and make it serve equally well through the weekly commute as on the weekend escape.

For 2016, the nimble machine benefits from sharper, tougher styling, plus a taller windscreen, LED lighting front and rear, and a stylish new muffler design. Other upgrades include externally adjustable fork preload, an adjustable front-brake lever, improved gear-change feel, a hinged fuel cap, a “wave”-style key and an improved shock setting. An array of Honda Genuine Accessories make it possible for customers to adapt the CB500X to suit their individual tastes.

Now the largest-displacement Honda adventure-touring model, the powerful yet smooth VFR1200X is brand-new for the U.S. market. Well suited to customers who don’t want to sacrifice comfort during long days of two-wheel exploration, often riding two-up, the VFR1200X is powered by a 1,237cc V4 engine and is available with a standard gearbox or Honda’s industry-exclusive six-speed, fully automatic Dual Clutch Transmission (DCT), which has been refined and updated with additional modes; both versions feature Honda Selectable Torque Control (HSTC), combined ABS brakes and shaft drive. The 19- and 17-inch wheels offer capable road-going performance, while the inverted 43mm fork and single-sided swingarm incorporate modern suspension technologies. Other features include a one-hand-adjustable windscreen, handguards and an accessory socket to charge smart phones. An extensive line of Honda Genuine Accessories is offered, including products for storage, rider comfort and customization.

Sporting middleweights have always found starring roles within Honda’s range thanks to the poise and usability produced by their combination of low mass and strong engine performance. Whereas the trend recently has been toward ever-larger capacity mid-sized machines, Honda has decided on a different direction and will produce a true four-cylinder sporty middleweight that offers high style and specification, an involving easy-to-use riding experience and real value for money.

The four-cylinder CB range has a proud history dating back to 1969 and the ground-breaking CB750. Within that history, Honda’s middleweights have always found starring roles, thanks to the poise and usability produced by their combination of low mass and strong engine performance.

In recent years, the trend has been toward ever-larger capacity mid-sized machines. Honda has decided on a different direction, and for 2014 will produce a true four-cylinder middleweight that offers high style and specification, an easy-to-use all-round fun riding experience and real value for money.

The CB650F turns the page on the CB600F Hornet and, sharing no common parts, starts a fresh chapter. Brand new from the wheels up – conceived and developed by a young team of Honda engineers – the concept behind its performance is completely different. It’s been designed from the outset to put the rider fully in tune with the machine and offer arresting style, identity and attitude. 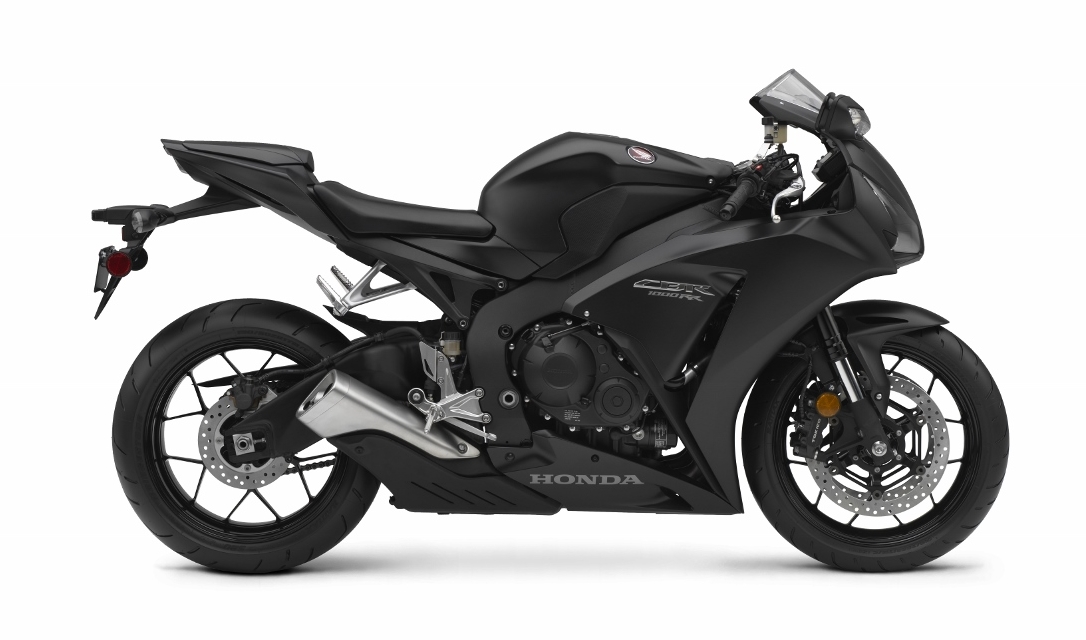 Returning to Honda’s 2016 lineup in a new Black/White color is the versatile CBR600RR, comprising an impressive package of handling, power, compact size and overall performance. Whether customers are looking to tear up the track, carve through the canyons or commute to work, this versatile middleweight sport bike can handle it all. The popular and race-proven CBR600RR is also available with Honda’s revolutionary electronic Combined Antilock Braking System (C-ABS), offering added confidence under less-than-ideal conditions. 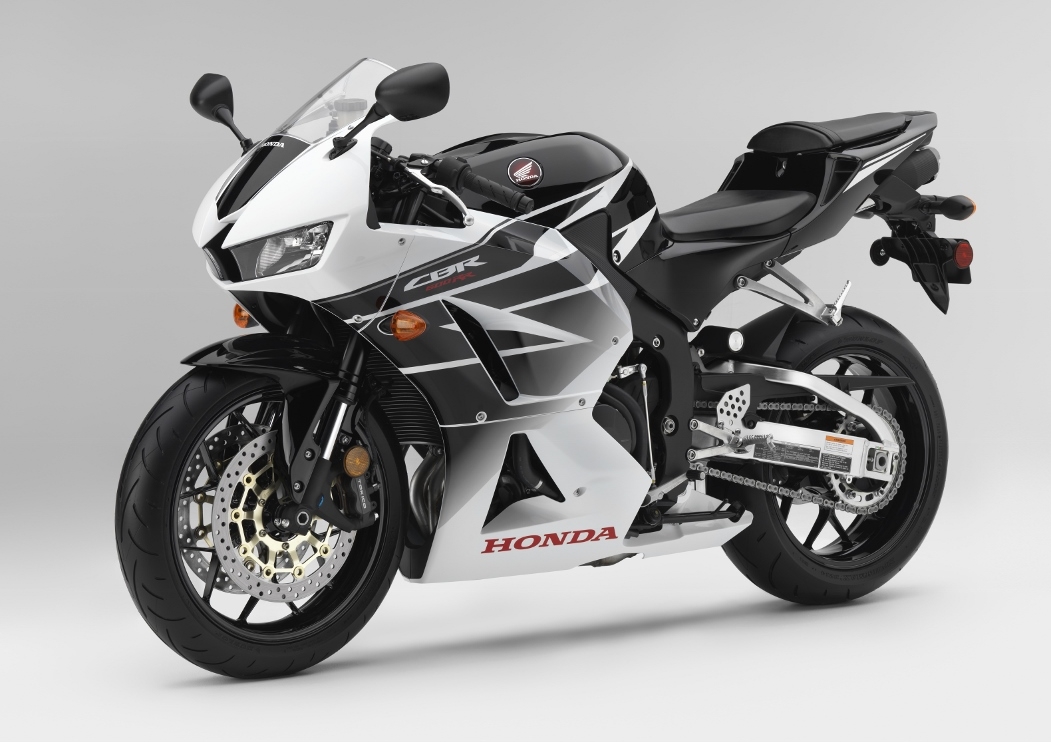