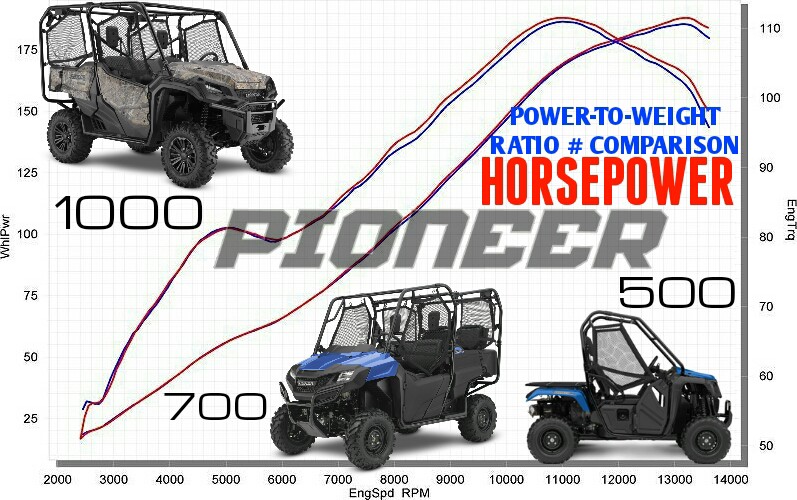 Are you worried the Pioneer 500 horsepower rating won’t be enough to make you happy? Worried the horsepower rating on the Pioneer 700 still won’t be enough to satisfy your need for speed? If those two don’t hit the sweet spot on your performance needs out of a side by side, maybe you need the Pioneer 1000. One thing to keep in mind though is that with the increase in horsepower, you’re also adding some weight to the scale which will affect how fast a machine can “feel”. That’s why I’ll touch on the power-to-weight details below for each Pioneer. 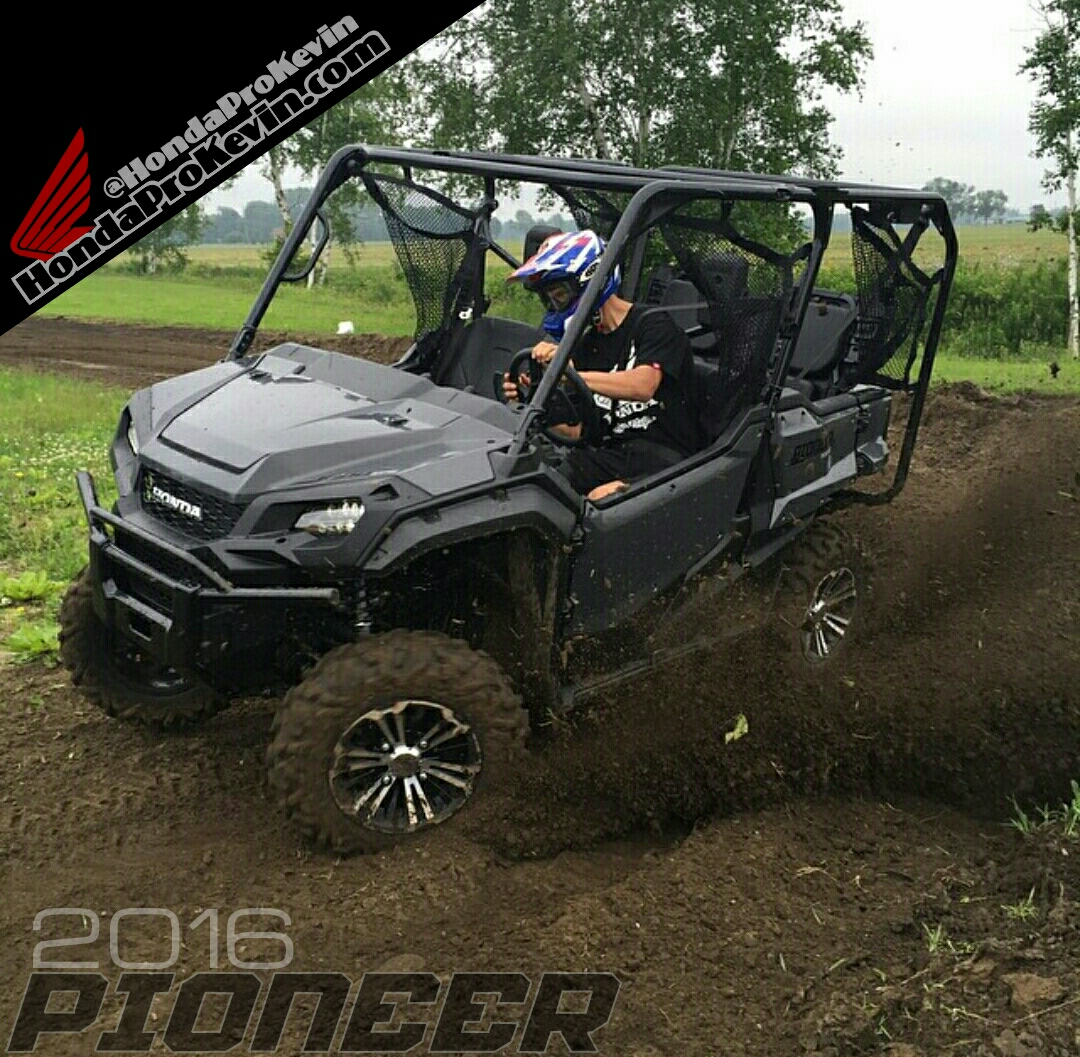 Not everyone needs and or wants something that has 1000 cc engine and will throw them back when they hit the gas pedal. Some are more than pleased by the power output of the smaller cc UTV / SxS models like the 500 cc Pioneer. Honda has never been one to advertise horsepower ratings for their models whether it be a 186 mph sport bike or a 250 cc small ATV. This can make shopping for a new toy rather difficult, especially if you don’t get the chance to test drive it before purchasing. 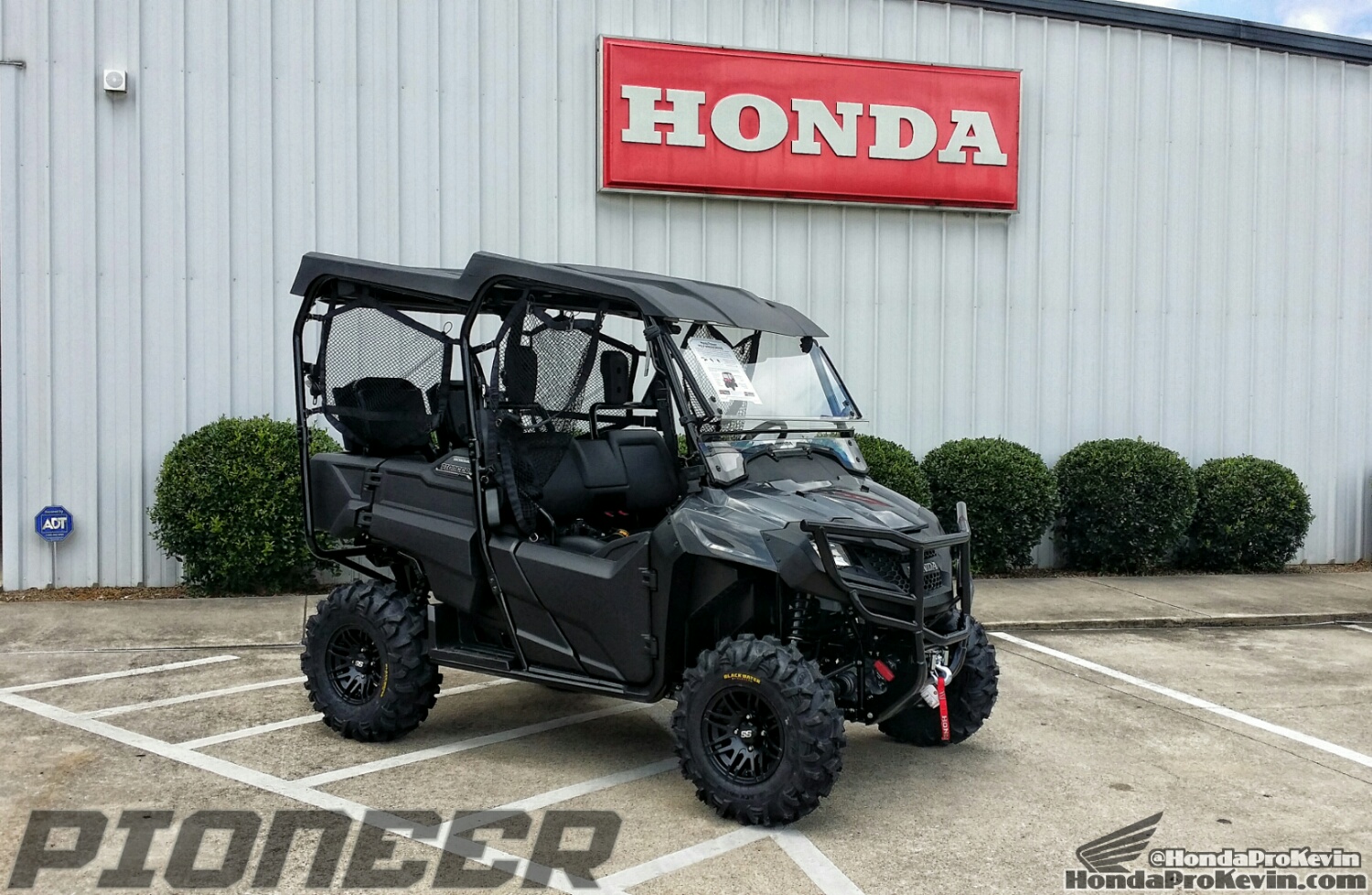 We can’t exactly go off of 0-60 mph times on the Pioneer SxS or 1/4 mile times etc as some of the models won’t reach 60 mph to get a comparison between them. In all technicality it would be a hypothetical comparison. We can, however, compare their Power to Weight Ratios by taking their horsepower rating and dividing it by the horsepower each of the Pioneer 500, 700, 1000 models make. That will give you something more to compare when it comes to performance figures as having more HP doesn’t necessarily means it’s going to be faster because it could be packing an extra 700 pounds. You’ll see what I’m referring to below in the comparison chart where the Pioneer 500 makes 7.7 horsepower less than the Pioneer 700 but has a better power to weight ratio.

That is why I’m putting this list together with all the 2016 Pioneer models from Honda and their HP rating with power to weight ratios too. I haven’t seen anyone put a list together showing all three models so I figured I would try to help out with your search for information on either the Pioneer 500, 700, 700-4, 1000, 1000-5.

Who would win in a Pioneer 700 vs Pioneer 500 race? Their HP / LB ratio puts them very close together. I think it’d be an interesting race from 0-40 mph. Any speeds over that and the Pioneer 500 will be hitting its rev limiter.