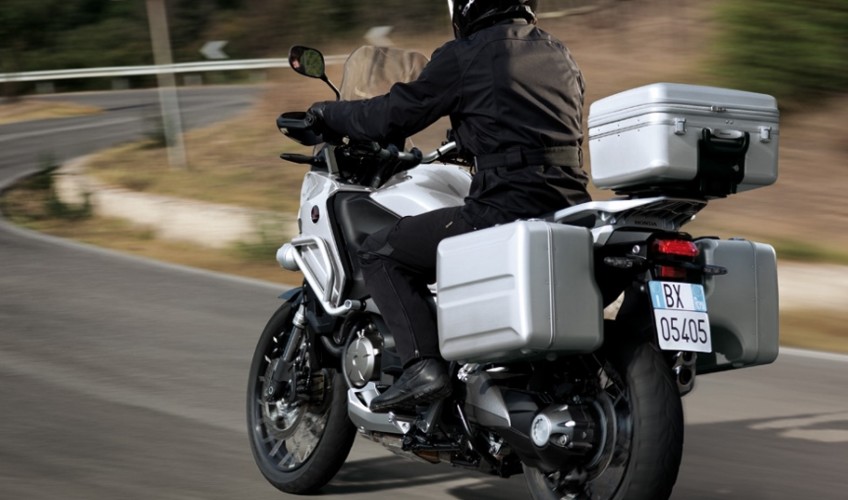 Today on February 13, 2016 – Honda has released another update on the All New 2016 VFR1200X for the USA! We’ve all been patiently or impatiently I should say for some, awaiting Honda to announce what kind of price-point the 2016 VFR X model (known as CrossTourer overseas) was going to come in at for us in the USA.  We knew it was going to be priced higher than the 2016 Africa Twin CRF1000L but the big question was how will the price compare on the “2016 Africa Twin vs VFR1200X”.

Honda did take into account on the 2016 VFR1200X price and how the VFR1200F sold here in the USA when it was released back in 2010. The VFR1200F when released was priced at $15,999 for the manual-clutch model and then the VFR1200F DCT model was a $1,500 upgrade that came in at $17,499 if you opted for the automatic VFR. The VFR1200F is still built and sold in other countries around the world but was discontinued in the USA after the 2013 model year. They weren’t the best sellers on our side of the pond and because of this Honda had to put some rather large rebates (Bonus Bucks) on the VFR1200 to help dealers get rid of them. With those incentives, dealers were able to get the price point on the VFR 1200 models down to around the $9,999 mark. I’m glad to see Honda has gotten the price of the DCT technology down substantially to where it’s only a $400 upgrade now if you go with the DCT automatic 2016 VFR1200X instead of the $1,500 price jump with the VFR1200F.

Honda slotted the new Africa Twin in at a very competitive price when comparing against the competition from KTM, BMW, Triumph etc but how will the VFR1200X fare against the competition in 2016 / 2017 adventure motorcycle comparisons? Only time will tell here in the USA and until then all we can do is look at how the twin to the VFR1200X known as the CrossTourer 1200 in other countries around the world. Looking for more detailed specs for the 2016 VFR1200X like horsepower, seat height, accessories etc? Check out all of those details by Clicking Here.