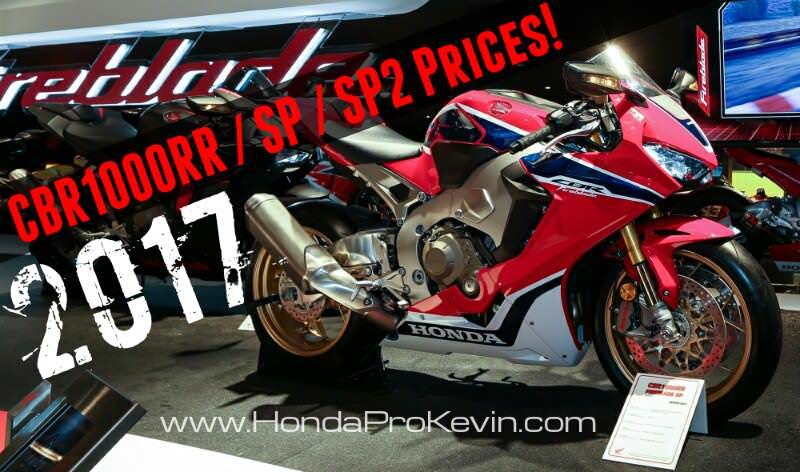 Honda has finally spilled the beans on what pricing will be to dealers for the most-anticipated CBR 1000 RR model they have EVER rolled off the production line!

Not familiar with the almost All-New 2017 CBR1000RR Changes & Upgrades or the differences in the (3) CBR1000RR / SP / SP2 models? Here’s a few links with detailed specs on the model differences as well as horsepower, torque performance info and details on all of the electronics, suspension etc:

* Keep in mind this pricing is ‘tentative’ per Honda as they haven’t made it ‘official’ per say and won’t be doing so until December so they are subject to change.

What do you guys think about the pricing structure on the 2017 CBR1000RR models? Too high? Too low? Anyone out there kicking around the idea of buying a 17′ CBR1000RR / SP / SP2 when they hit dealer’s showroom floors?