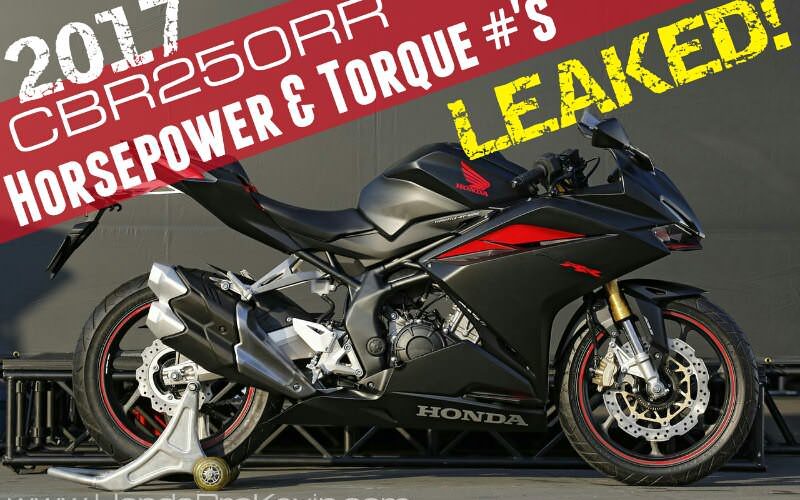 I’m back with some new 2017 CBR250RR info thanks to a “leaked” picture (below) taken by someone with quick hands! It’s not the best quality-wise but you can make out the nitty-gritty specs that haven’t been covered by Honda yet when they did the official unveiling and release of specs and features etc. We have all been drooling over the pictures, videos and few specs we had to go on for the last month or so since Honda let the cat out of the bag but we need more… We needed to know Horsepower and Torque figures! Not that those performance details make or break a bike being a hit as we have a lot more that comes into play to make a great motorcycle but I have never met a horsepower I didn’t like – have you? Didn’t think so. 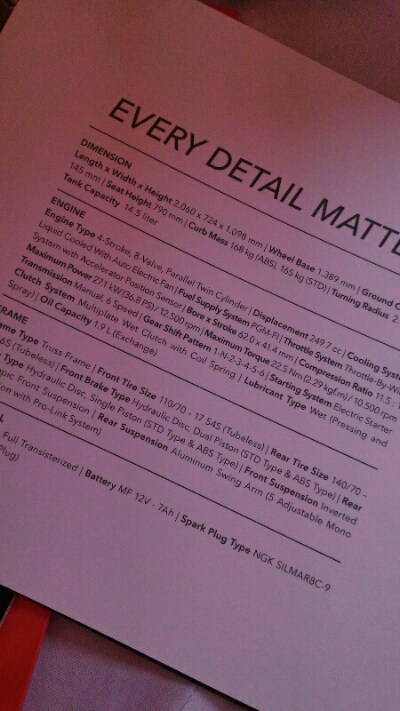 Want to check out 50+ Detailed Engine, Frame, Suspension Pictures + Detailed Specs on the 2017 CBR250RR? Check it out by Clicking Here. Want to compare the CBR250RR horsepower & torque ratings against other Honda CBR models? Check out my HP & TQ Performance Rating Comparison Chart by Clicking Here.

How does the 2017 CBR250RR stack up in a performance comparison versus the other CBR model lineup like the CBR300R, CBR500R, CBR650F, CBR600RR and CBR1000RR? Let’s take the rudimentary route of comparing them and use their Power-to-Weight Ratio figures…

What do you guys think about the performance figures on the 2017 CBR250RR now that we know everything there is to know about it? How do you think the 2017 CBR250RR vs KTM RC390 vs Ninja 300 vs GSX-R250 will stack up against each other in head-to-head comparisons?