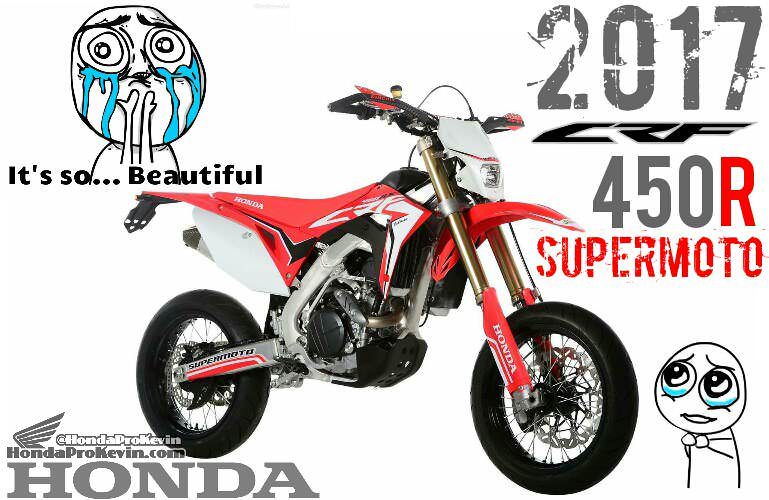 Say it isn’t so… Please tell me I’m dreaming and that we will indeed be getting this 2017 CRF450R Supermoto bike released in the USA!

You know that production CRF250M Supermoto bike based off of the CRF250L Dual-Sport motorcycle that we’ve all been begging Honda to bring to the USA for years? Forget that thing! That thing is child’s play after laying my eyes on this sexy piece of engineering lol.

Sadly… You and I will need to take a cold shower after viewing these pictures because we will not be getting this B-E-A-UTIFUL piece of machinery on our side of the pond. Insert sad face here —> 🙁

Euroboost (Honda’s French importer) has jumped through the hoops to make these legal to sell to the public but we as well as many other countries are getting jipped as these will only be available in France. My French could use some work though and Google Translate only works so well haha so I could be wrong on that tidbit of information. Either way, it looks like we will all have to drool from many many miles away.

Are you sitting down? If not, you might need to go ahead and do that… These puppies aren’t cheap as it looks like the pricing comes in at €11,299 / $12,157 for the badboy version and the others coming in a little cheaper. Call me crazy but I think I would probably pay every penny of that dollar amount for a turn-key and most importantly street-legl 2017 CRF450R motard…

Just in case you’ve been sleeping under a rock the past couple of months or don’t follow dirt bike news that much – Honda just tore down the 450R CRF model for 2017 and it is an entirely all-new beast! Check out my Detailed 2017 CRF450R Review by Clicking Here for horsepower, torque, changes etc. Don’t forget to check out the all-new model known as the 2017 CRF450RX by Clicking Here.

Going off of the spec sheet, the kit parts list includes turn signals, wheels, tires, lights, a license plate bracket, digital speedometer, hand-guards and a different front fender than the OEM one. Euroboost also tossed on a new and larger front brake with a 320mm wave front disc and four-piston, radially mounted calipers to really bump up the stopping power from the smaller brake setup that was originally meant for dirt only.

—> What do you guys think? How much would you pay if you could walk into your local dealer and flop down the cash for a turn-key and street-legal 2017 CRF450R Supermoto bike or one of its other variants? 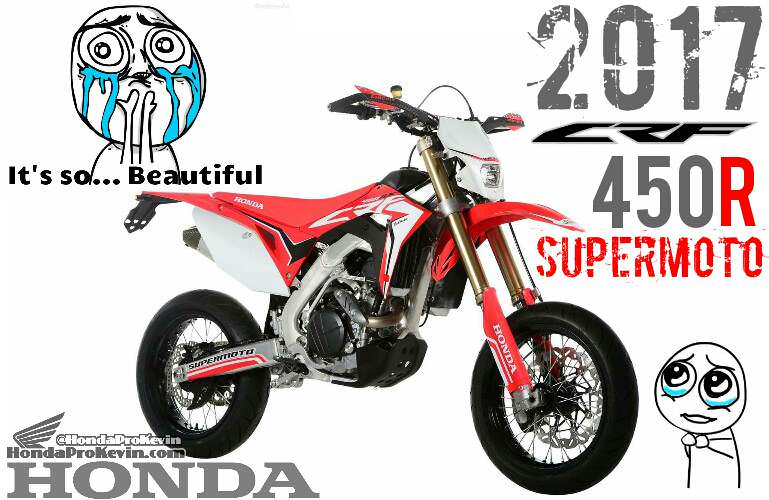