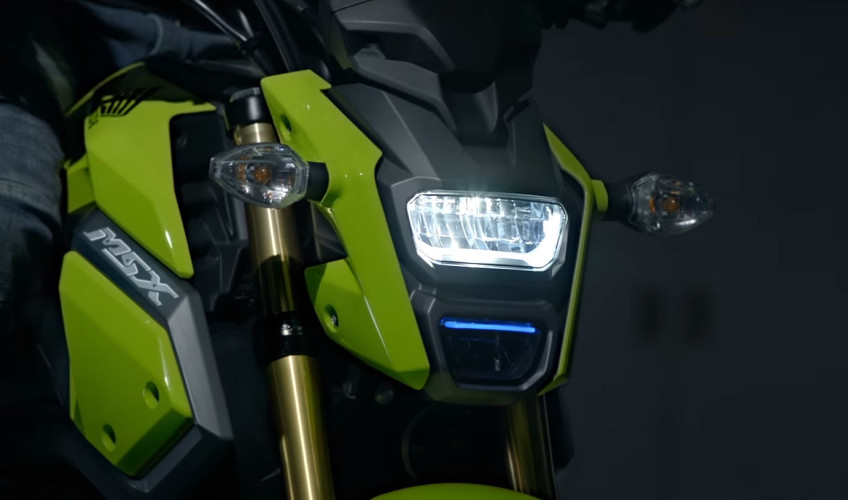 The MSX125 is what we know as the Grom here in the USA. Originally, we didn’t get the Grom in the USA until a model year (6 months) after it originally released across the pond as they got their 2013 Grom a few months ahead of us in the USA whereas ours was a 2014 model year released in August of 2013. Will the same hold true to the Grom again? Will Honda not give us these changes / upgrades on the 2016 MSX until we get our 2017 Grom released? I could see Honda doing that as they do still have leftover 2015 Grom’s left in their inventory spread out across the USA in warehouses (not dealer inventory). They may want to clear out that inventory to dealers before they want to release the next updated year model. If they keep the potential 2016 Grom price the same as the 2015 model at $3,199 then I could really see them holding out until the 2017 model year as it will be difficult to convince customers to not purchase a 2016 over a 2015 if they are sitting at the dealer with the same price tag on them or within $100-$200 price difference. They’ll be hung with them if they release the newer changed up 2016 MSX as our 2016 Grom as no dealers would want to order them without rebates and incentives which = Honda losing profit. So the best bet financially is to hold out and wait a little longer and get those 2015’s cleared out some.

I’m betting we won’t see them until the 2017 production run. If the 2015’s go quickly then we could see the 2017 Grom as an early release model and start to see them shipped to dealers mid summer of 2016 (similar to 2014 Grom released in August of 2013) but if not then they could hold out a bit longer.

With Kawasaki releasing their 2017 Z125 Pro in the USA to compete against the Grom / MSX 125, I don’t see Honda sitting on the sidelines letting the Grom go unchanged and not get the changes the 2016 MSX received in other parts of the world. The 2017 Z125 is down on horsepower & torque compared to the Grom but it does offer some benefits that are an upgrade per say. I’ll be doing a detailed 2017 Z125 Pro vs Grom / MSX 125 Comparison Review soon…

* Disclaimer: Of course, this is all my opinion and nothing more. None of it is a fact or a definite plan on what Honda will do when it comes to the 2016 or 2017 Grom for the USA.