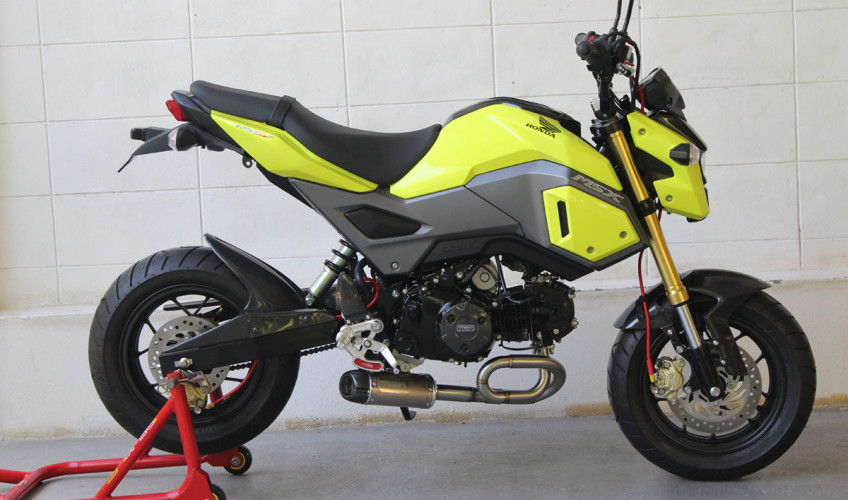 One of the major players in the aftermarket Honda Grom & MSX parts industry, Tyga – has pounced quickly with a couple of new exhaust / muffler options for the 2017 Grom 125 and MSX. Tyga was one of the first to release cool parts & accessories as well as performance parts for the Grom / MSX way back in 2013 when the model was first released. They aren’t “new” players to the field by any means though as they have been around for a very long time with goodies for a lot of bikes we don’t have the pleasure of seeing over here on this side of the pond like the NSR, CBR250RR,  CBR400RR, multiple VFR variants etc as the list goes on. It doesn’t stop with just Honda though as they build parts for just about every manufacturer out there from Kawasaki to Suzuki as well as Yamaha, KTM etc etc. I won’t bore you anymore though with ramblings on who they are as you can check out there website www.Tyga-Performance.com or just type the name “Tyga Performance“ into Google and you’ll have enough to read for days…

Now, let’s get to the good stuff and why you came here and that would be for 2017 Honda Grom performance parts! 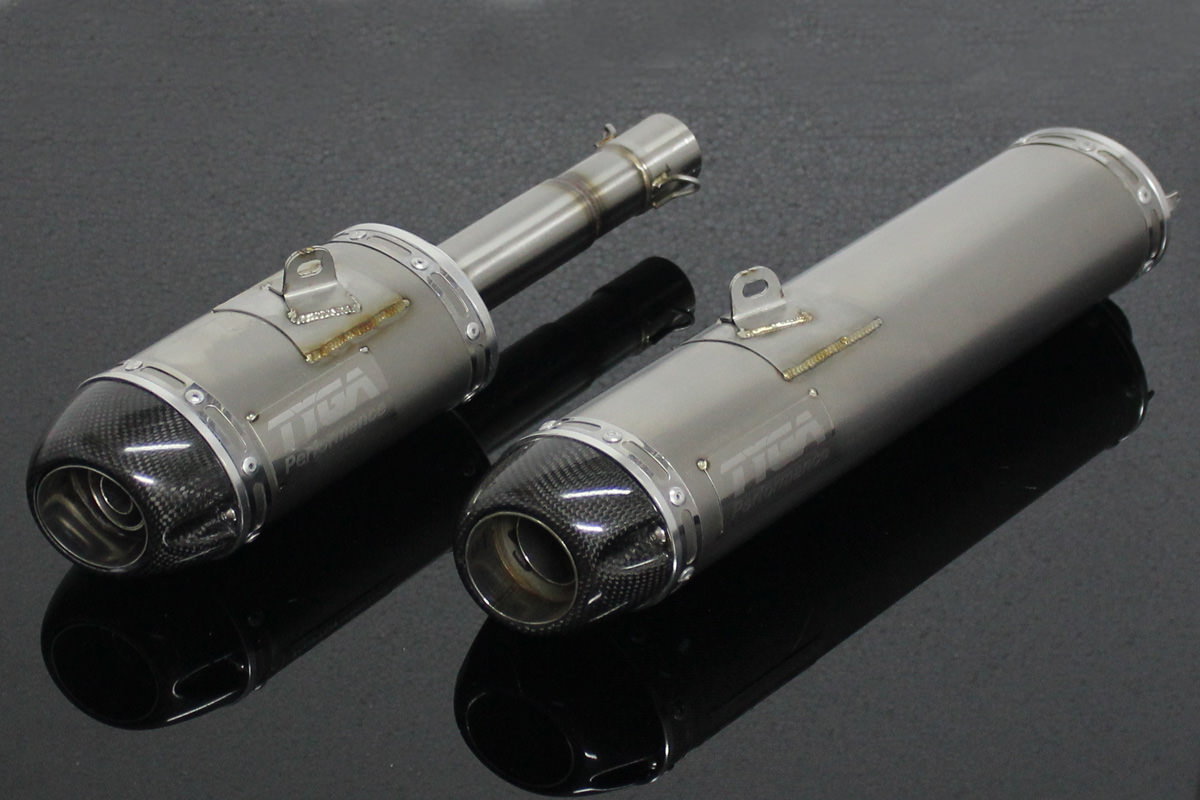 Tyga went to work and created a new exhaust system for the 2017 Grom that’s an underbelly / low-mount setup. They are stainless steel with a carbon fiber end cap and you have (2) options pictured above with the muffler as you can choose the ‘short’ or ‘long’.

After checking out the New 2017 Grom exhaust pictures… What do you guys think about the new design? 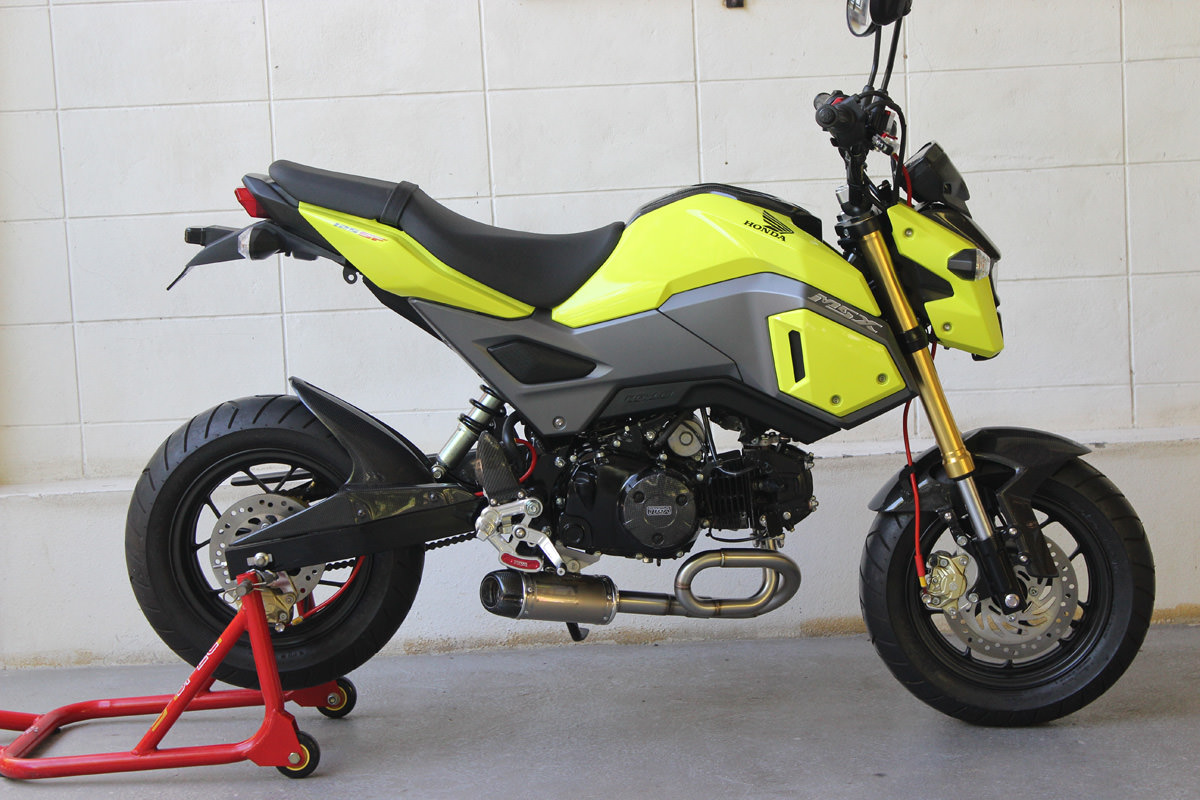 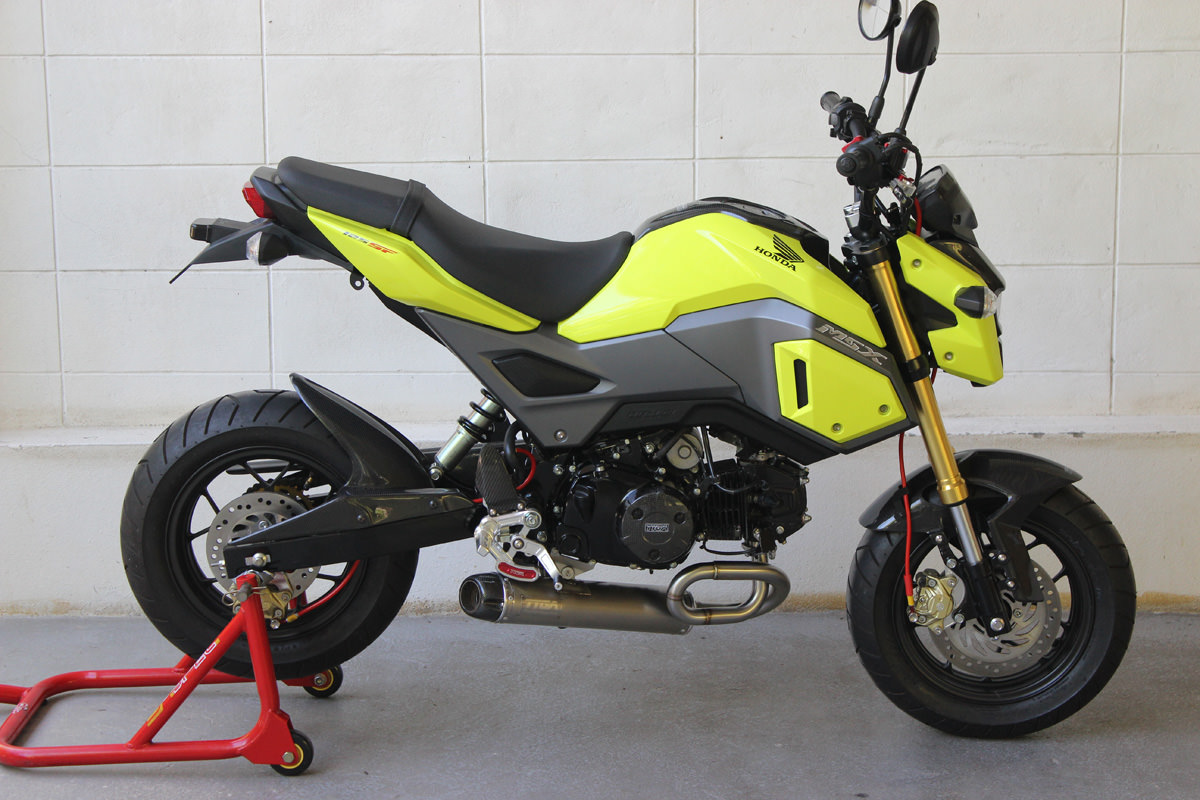 The high-mount oval muffler exhaust systems (including Maggot) below are a carryover from the 2013 – 2015 Grom / MSX. Thankfully, Tyga has the available mount kit needed to where you can run these older style systems on your 2017 Grom / 2016 MSX125SF should you like that style. 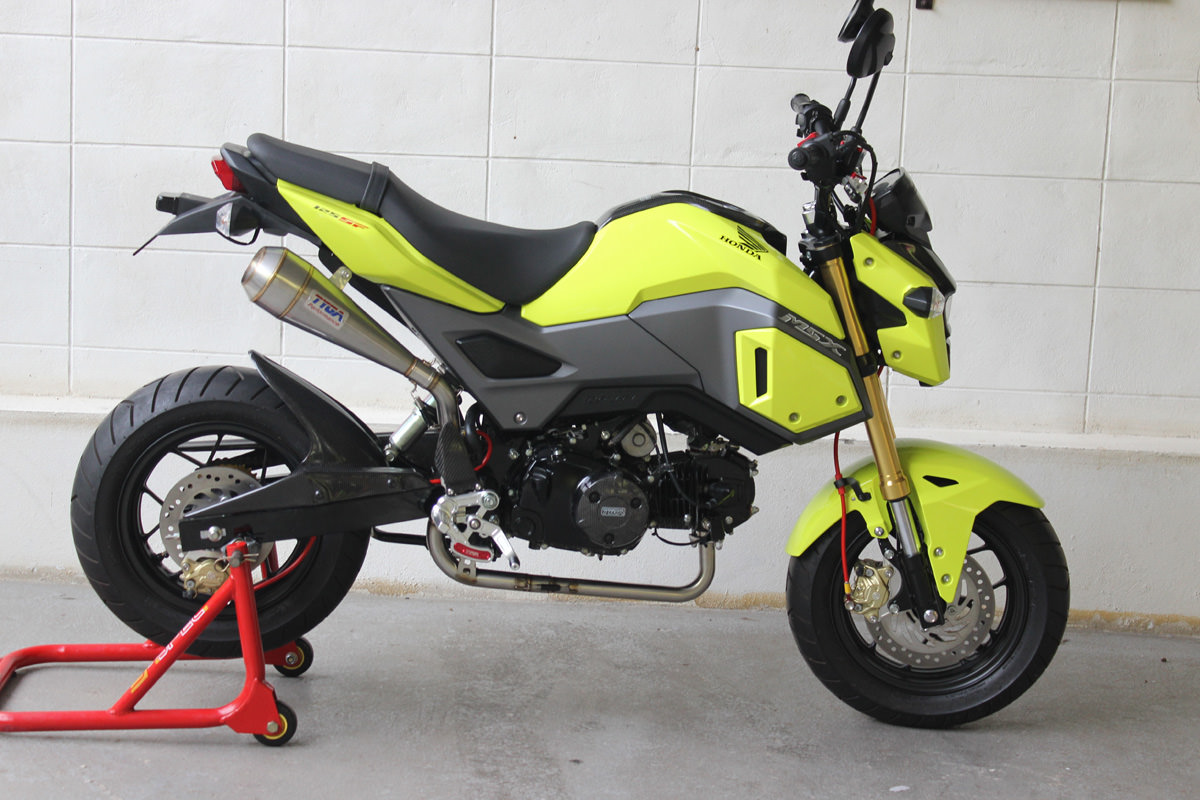 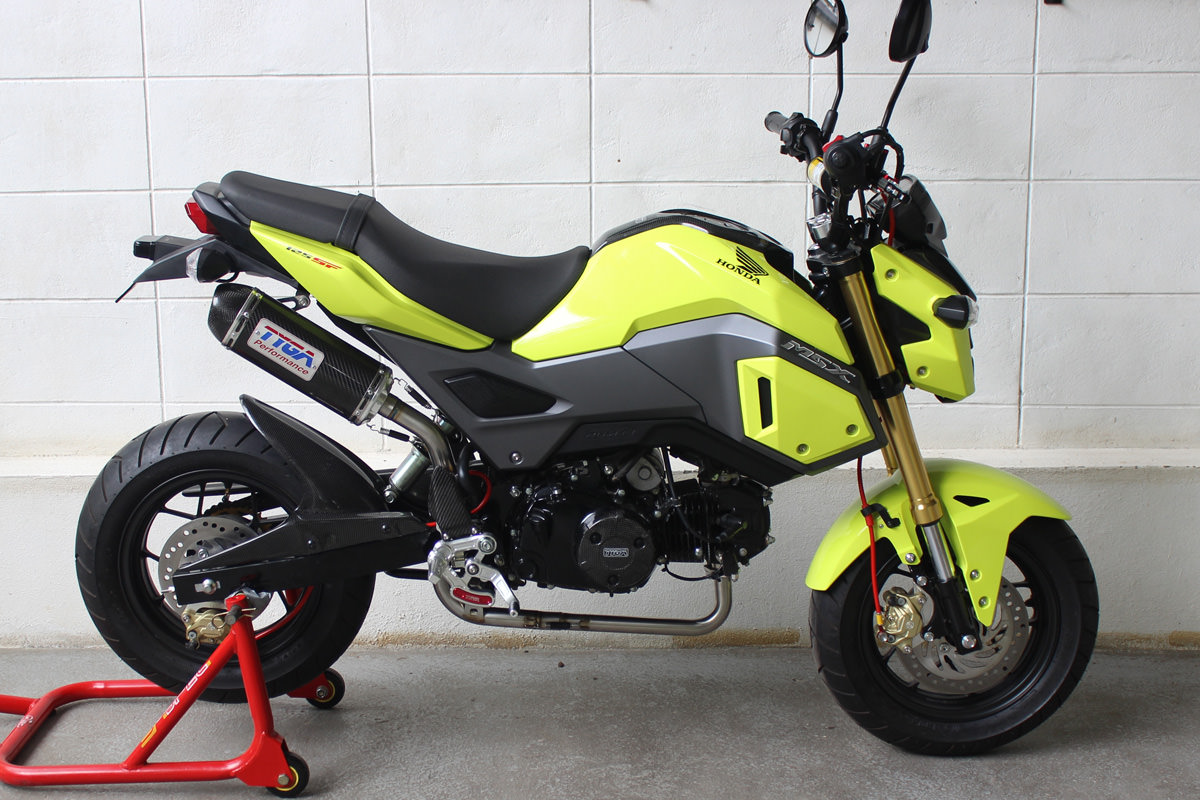 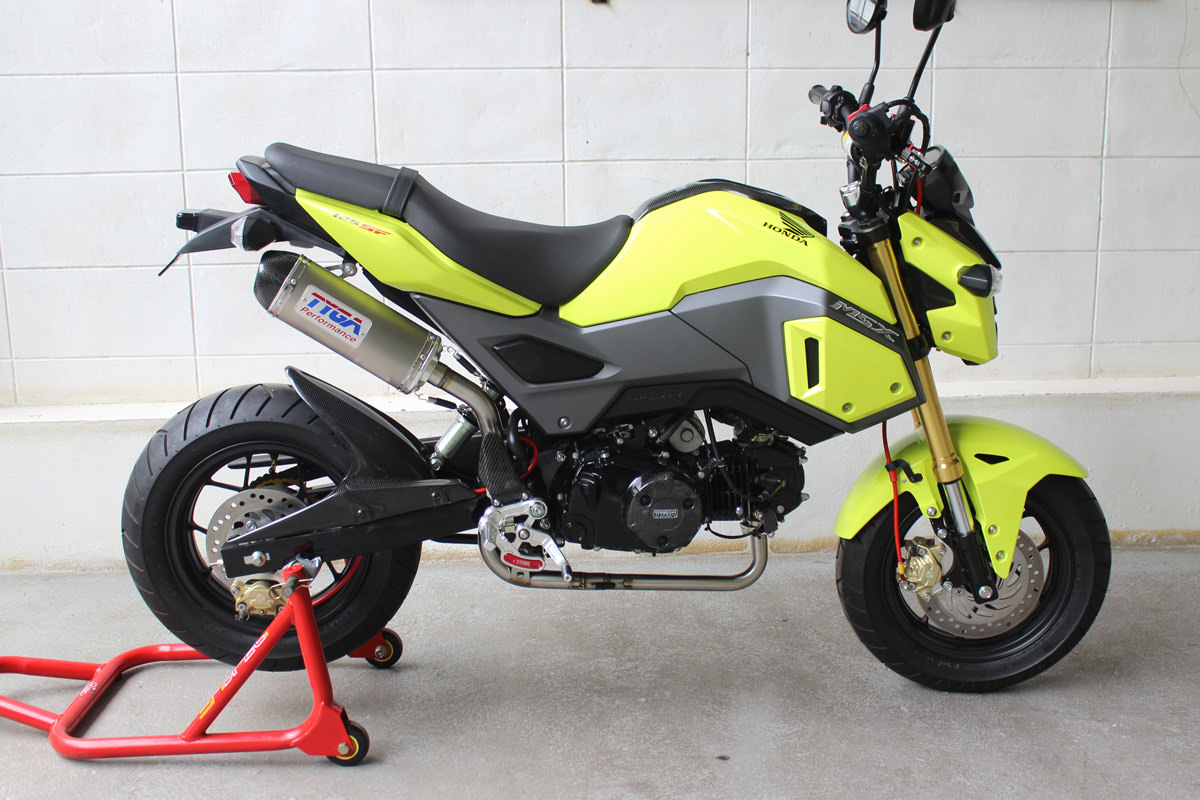