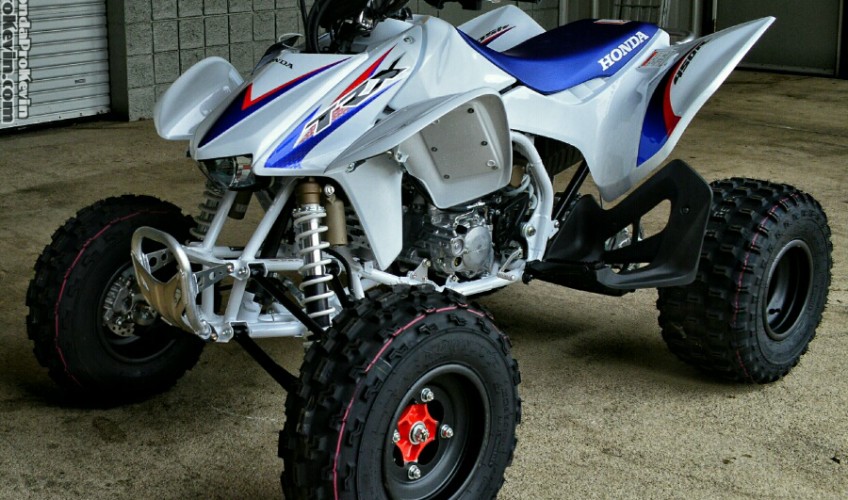 Will Honda build a ‘new’ and updated TRX450R with fuel injection and similar upgrades from the CRF450R? This has been a question asked many times over the last few years. Moreso since Honda decided not to build a 2015 TRX450R. You can see my thoughts on Honda possibly building a 2016 TRX450R here. Honda never made an official announcement when it came to the 2015 & 2016 TRX450R or TRX400X, they just didn’t build models those years.

Today, March 19th, Honda has officially put the nail in the coffin at the possibility and hope all of us ATV enthusiasts had of a newly upgraded and changed 2017 TRX450R. This update also included notes that they will not build a 2017 TRX400X (previously known as TRX400EX).

To me, this update is not a surprise and has been a long time coming. I had hopes though that this wouldn’t happen as I’ve had my fair share of sport models from Honda over the years. They may not be the ‘fastest’ or have the most horsepower but when it came to reliability – they are unmatched.

Why is Honda not going to build a 2017 TRX450R & TRX400X? It’s simple. Honda is in the business to make money. They aren’t there to build us toys just for the fun of it as they have to turn a profit. It doesn’t make smart business sense to dump millions into R&D to build the baddest Race / Sport ATV our there with the TRX450R if that corner of the market has went to crap so-to-say. The ATV market is losing shares to the UTV / Side by Side / SxS market day after day and has been for quite sometime now. The manufacturers are going to go where the $$ money is and at this time it’s not in the very small Sport / Race Quad market. Honda did add in the release that they will re-evaluate the market in the future which could mean a return if the market shifts in popularity again etc.

My opinion on it all… I’m sad to see Honda not continue in this market segment but I can 100% understand why they are doing so as I’ve seen first hand what has happened to the Sport / Race ATV model segment over the last decade. Could there be an upside to this announcement? Possibly… Are they clearing out models so they can introduce an All-New 2017 Honda Sport Side by Side / UTV / SxS? Only time will tell but Honda is planning to quote “expand the current side by side model lineup”…

What do you guys think?