Today, we’re going to do a 500 cc ATV comparison between the 2018 Honda Foreman and 2018 Honda Rubicon to see what the differences are between them and hopefully help you decide which one of these FourTrax models is the best package for you. I get asked on a daily basis “What is the difference between a Rubicon and Foreman TRX500 models?” You would think that the two models are very similar since they share the same “Foreman” name, right? Nope… Honda does make it rather confusing though since you have the model “Honda FourTrax Foreman 500” and then the “Honda FourTrax Foreman Rubicon 500” and then you have multiple variations of each with different transmission options, steering options etc. Long story short, there are quite a few differences between them when you really get into the nitty-gritty details. In years past, they were a lot more similar but the times have changed…

This will cover the main differences between the 2018 Rubicon vs Foreman. If you want details on each individual model Foreman and Rubicon, you can check out them as well as reviews on the rest of the 2018 Honda ATV Models available by Clicking Here. Looking for a comparison review of last year’s 2017 Foreman VS Rubicon? Check out my detailed comparison review of the 2017 Rubicon VS Foreman by Clicking Here. 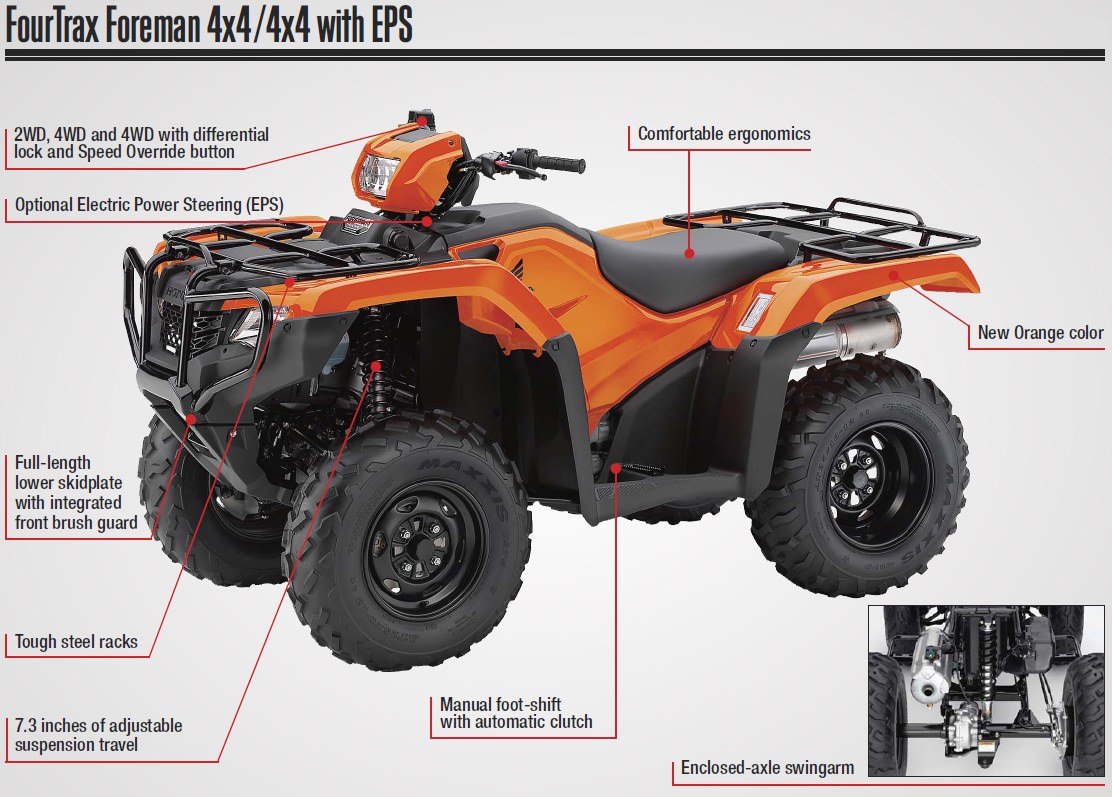 If you aren’t familiar with Honda’s ATV model lineup and what they have done the last couple of years in regards to which ATV models have been discontinued etc, the models below were dropped from the model lineup last year and didn’t return for 2017+.

Here are the TRX500 Foreman and Rubicon models that Honda recently discontinued and will NOT be making a return for 2018:

Find any of the information helpful or useful? Please slap that “Like” & “Share” button. Thanks as always guys! 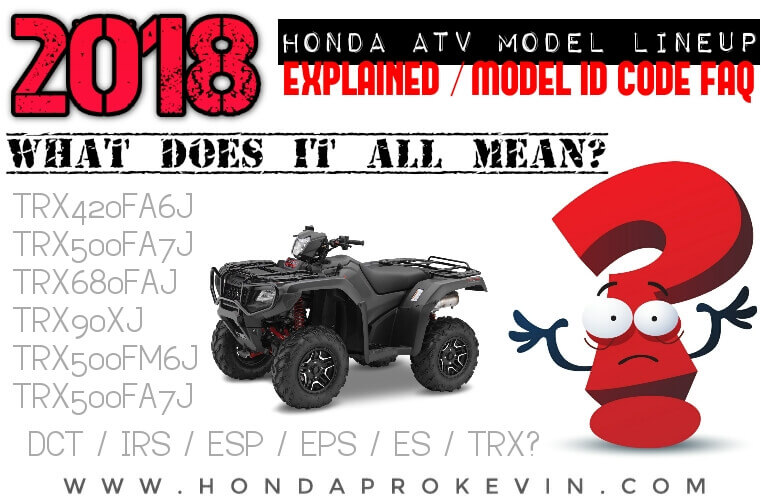 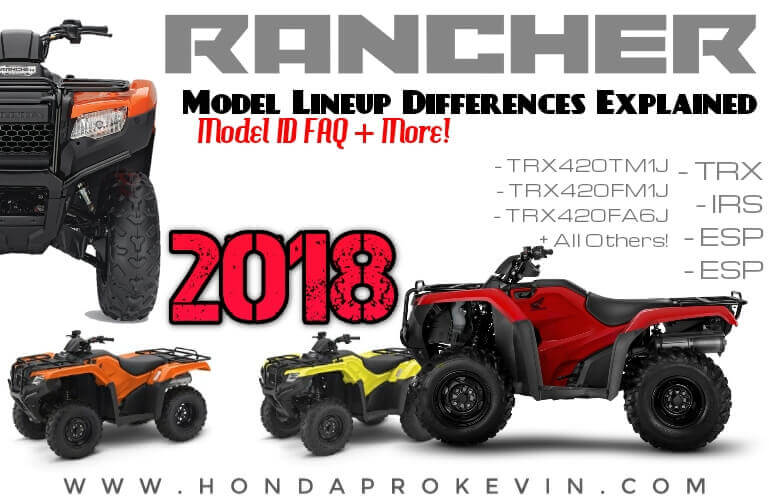 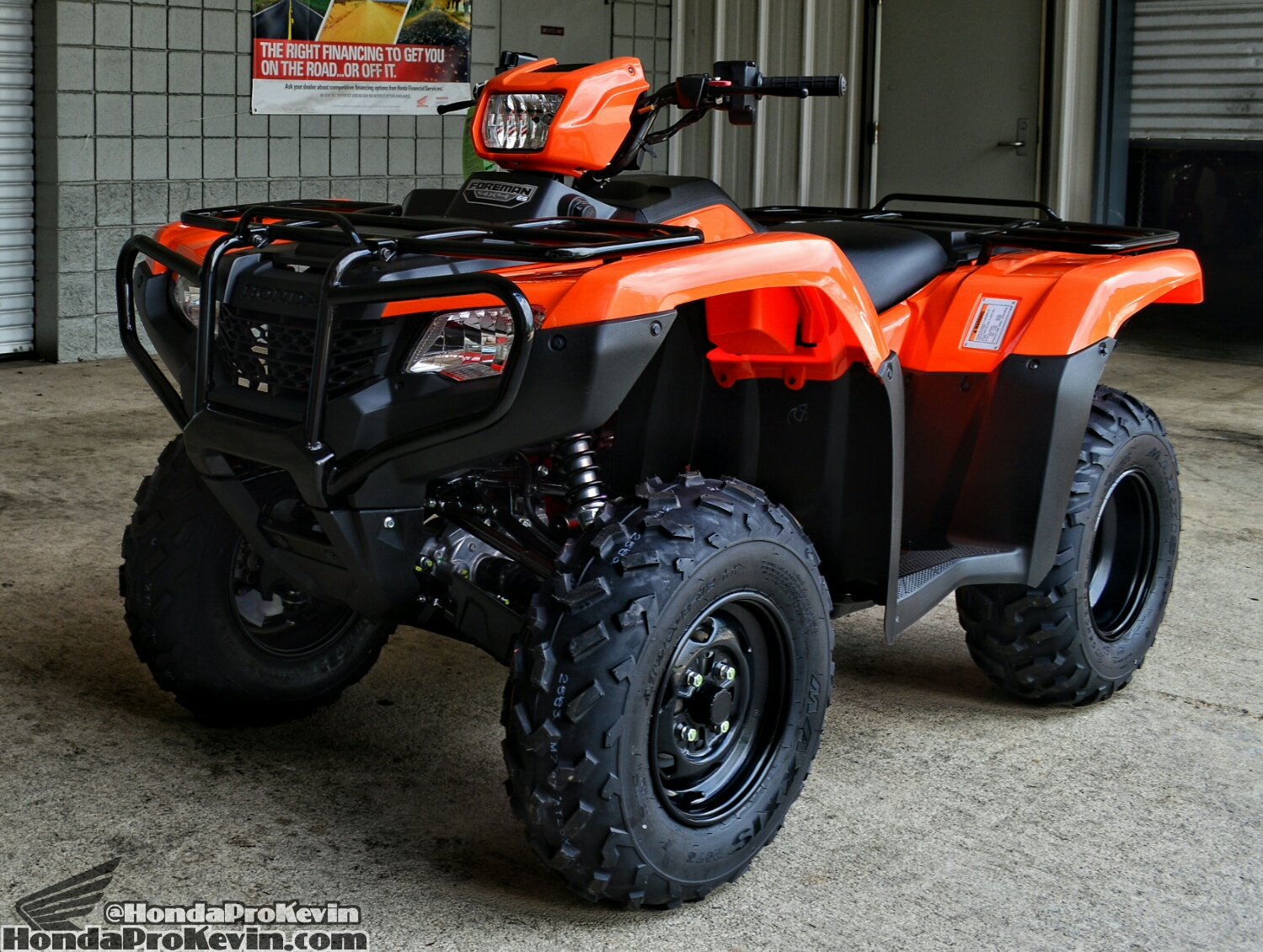 Aside from their engine displacement, 475 cc, they share very few of the same details. Those that are the same and that are different will be covered below. It is a pretty lengthy post and I apologize for that but hopefully you can stay with me without getting bored as I will touch on each and every detail about these two 2018 Honda 500 cc class ATVs.

This is one of, if not, the biggest difference between the 2018 Rubicon 500 and 2018 Foreman 500. The age-old question of which is better IRS versus straight-axle is still debated all over the internet and in all reality there isn’t one that is “better” per say than the next. It all depends on what you’re using the ATV to do. There is no denying that the IRS will offer a smoother ride but you have some drawbacks to going that route as well. Which is better? Only you can answer that question…

This is the next big thing to compare between the 2018 Foreman vs 2018 Rubicon as they both offer very different transmission options and that can make or break which model will best suit your needs and or wants.

The 2018 Foreman 500 does make more horsepower than the Rubicon but that doesn’t paint the whole picture so-to-say as you have to count in weight differences and gearing etc. I did a very in-depth Honda ATV Horsepower Review here that compares the entire Honda ATV model lineup and their HP rating as well as comparing their power-to-weight ratio. 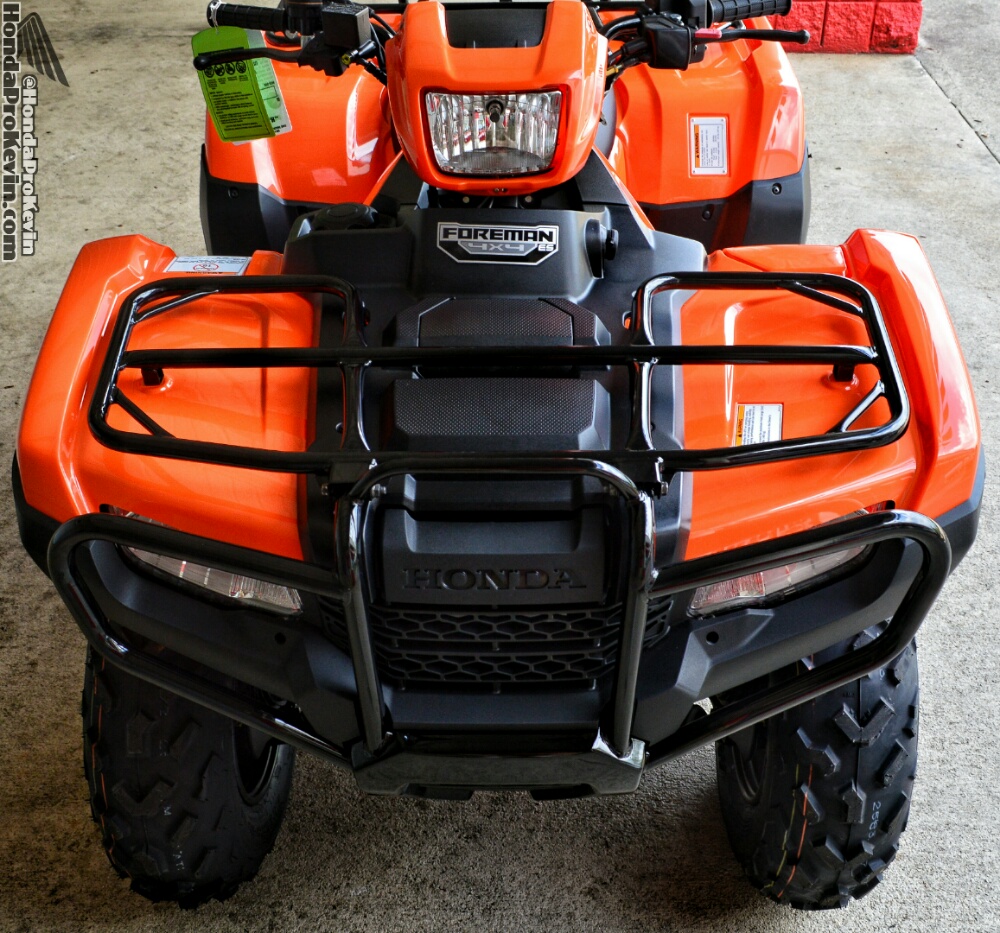 The difference in lighting between the 2016 Foreman vs Rubicon are listed below. Both have three headlights and the two mounted on the fenders are the same between both models but that is where the similarities end.

Let’s go a little more in depth with how advanced the 4×4 modes are on the 2018 Foreman 500 & 2018 Rubicon 500. TraxLok utilizes a magnetic switching mechanism called an Electromagnetic Mechanical Clutch Unit (EMCU). This system actuates a mechanical roller clutch located on the driveshaft near the front differential. This two-way mechanical roller clutch incorporates a series of hardened-steel rollers that lock up in a mere six degrees of rotation, which makes for a smooth, virtually instantaneous response while either accelerating or decelerating on flat ground or on an incline.

The new-generation FourTrax Foreman & Rubicon 4×4 ATVs feature a brand-new TraxLok system, one that incorporates the option of a fully locking front differential. As before, riders can enjoy the option of an easily selectable 2WD or 4WD mode. However, the 2018 Foreman and Rubicon have the capability to operate in a third mode: a fully locked front differential when in 4WD that gets the power to both wheels for use in challenging terrain to maximize available traction, whether it’s swampy, rocky, sandy or uneven ground. This option is very easy for the rider to engage; after pressing the 4WD selector button on the right-side handlebar, just rotate the differential lock switch and it’s set to go. An indicator light on the instrument display shows when the differential lock is engaged.

The 2018 Rubicon and Foreman both share the same tire sizes but that’s where the similarities end. The Rubicon comes stock with a more aggressive tread pattern Maxxis tire for added traction in all conditions whether it be mud, sand, rocky terrain, etc.

The Foreman and Rubicon for 2018 both share the same 12″ steel wheels in a black finish. The Rubicon used to have aluminum wheels versus steel but Honda pulled that option back in 2011.

However, you have the option of going with the Deluxe model Rubicon for 2018 that comes with the aluminum wheels pictured below. Hopefully one day we’ll see wheels like this as a standard across the ATV model lineup instead of the steel counterpart. It would of course add to the price tag and not every customer cares about the way a wheel looks to be able to justify the added cost.

In 2018 you also have one more option when deciding on which Rubicon is right for you should you decide to buy the Rubicon over the Foreman. The available Deluxe models offer cast aluminum wheels with polished highlights, red-painted suspension components and decals. The wheels not only add a little more style versus the steel wheels, they also shave unsprung weight due to them being lighter. The Deluxe package on the Rubicon does come at an added cost but if it helps with the blow to the wallet, you also have a limited color scheme that you won’t see everywhere since they only come in white or black.

Neither the 2018 Rubicon or 2018 Foreman is better than the other per say. Each of them have different specs that set them apart so that way you have plenty of options when shopping for the best ATV that’ll do the job you need it to do. Whether you’re using the ATV as a work-horse on the farm or just recreational use to hit the trails and mud pits on the weekends with your friends, you’ll be able to get the job done with both but one may be better for you when compared to the next person. I hope this was helpful in explaining the differences between the Honda Foreman and Rubicon 500 ATVs.

Did you find the information helpful? Please take a second and click “Like” and or Share below. It lets me know you guys liked the content, pictures, etc and so I know whether or not to continue informative posts concerning the 2017 ATV model lineup from Honda. Thanks guys.