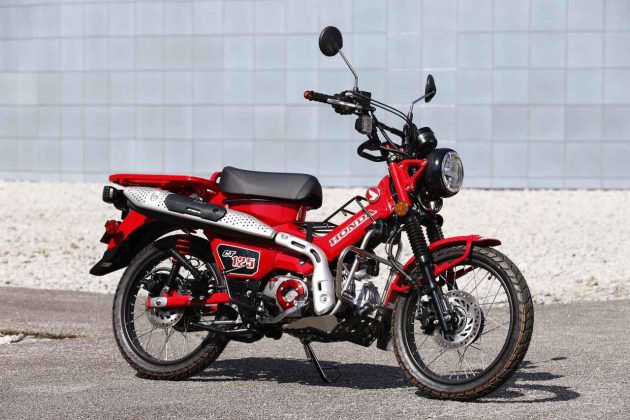 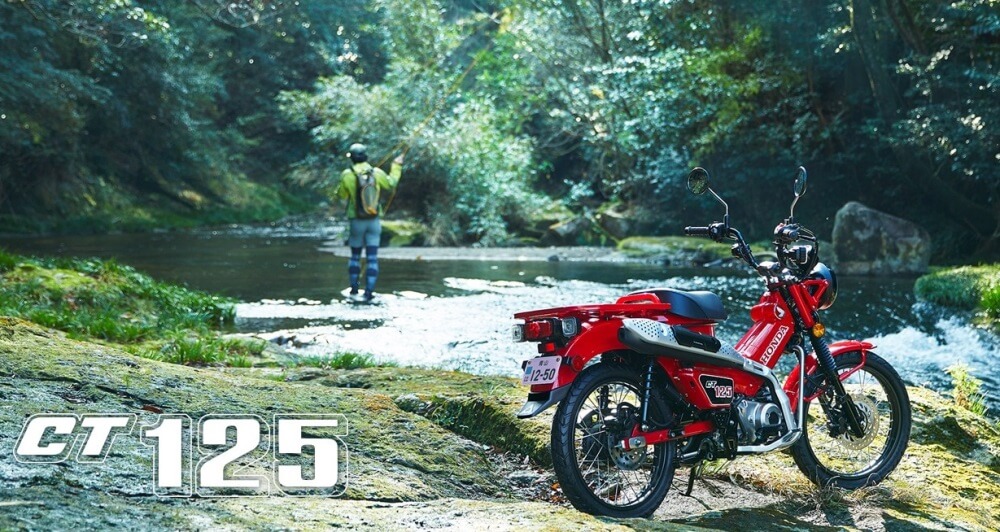 It’s finally official! We’ve been talking about the CT125 concept model ever since Honda unveiled it last year and it has now been unveiled as the 2021  Honda CT125 Hunter Cub for the production model. It all went down live today on 3/27 but if you follow me on social media then you saw where I posted the info prior to its “official” announcement.

What does all of this mean? Technically, it’s only a production model for Japan and select other countries at this very moment. Update: As of September 3rd, Honda has officially announced the 2021 Trail 125 (CT125) for the USA market! 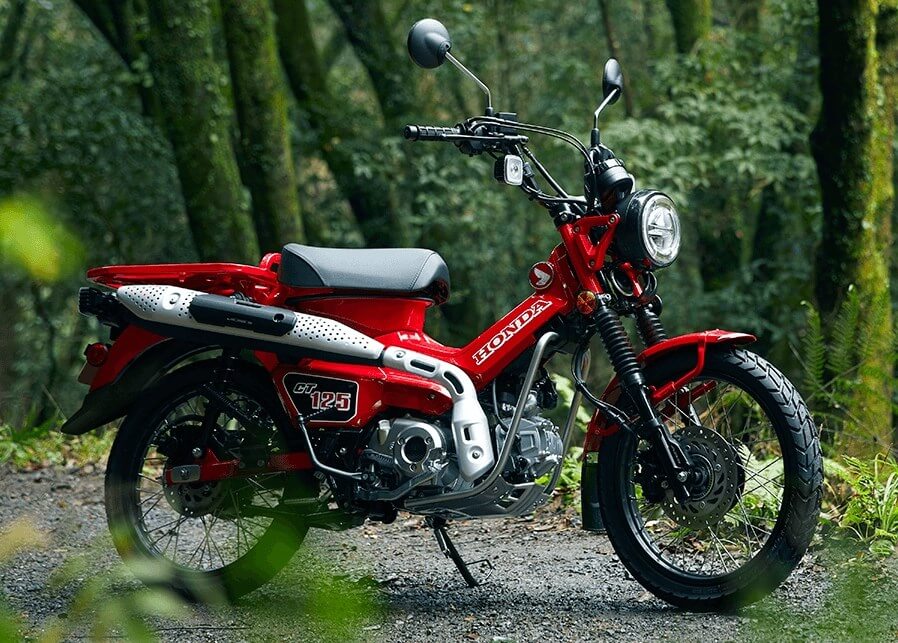 Does the 2021 Honda CT125 have a low range transmission like the previous generation? Honda doesn’t state anything about it in the press release information but this picture velow was brought to light by a fellow reader that was adamant that it does have said feature. I do believe this picture was from one of the concept models though. I don’t have anything concrete to go on at the moment though. If Honda was putting this feature out there, why aren’t they making it clear? So we’ll have to come back to that one. Update, the low range transmission is not on the USA spec Honda Trail 125. 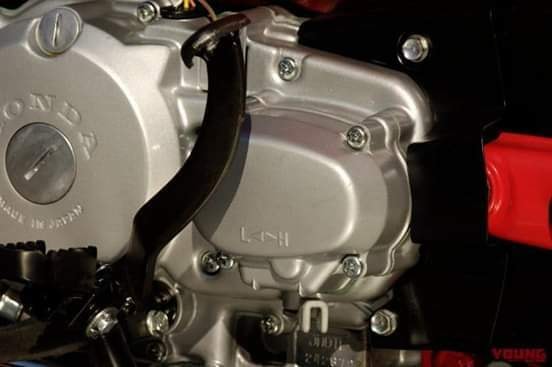 Major aftermarket parts companies like Takegawa, Kitaco and Moriwaki are already throwing out parts and accessories for the CT125 with items like: 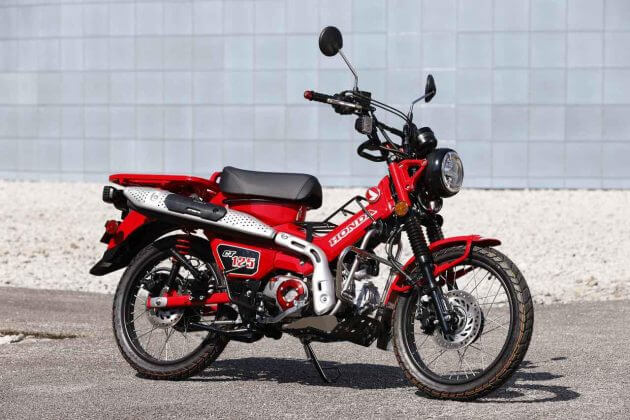 The CT125 Hunter Cub is based on the Super Cub C125, optimizing the vehicle body specifications and frame rigidity balance assuming a wide range of driving situations, such as touring from city driving to suburbs and trekking on forest roads, and trekking performance on uneven terrain. The CT125 has been refined with equipment and performance that fits modern life while inheriting the functional style of the “CT110”, which has long been popular as a “hunter cub”. Pursuing the function and style of each part, the design emphasizes the presence of travel tools. It is a new form of “CT” that adapts to various lifestyles, from touring and trekking to everyday life.

Based on the “Super Cub C125”, the rear frame is extended to accommodate large rear carriers. In addition, the adoption of a front fork with a top bridge and the accompanying reinforcement, as well as a pivot plate that enhances security and optimizes rigidity in various driving situations. 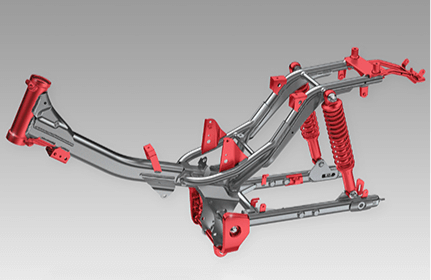 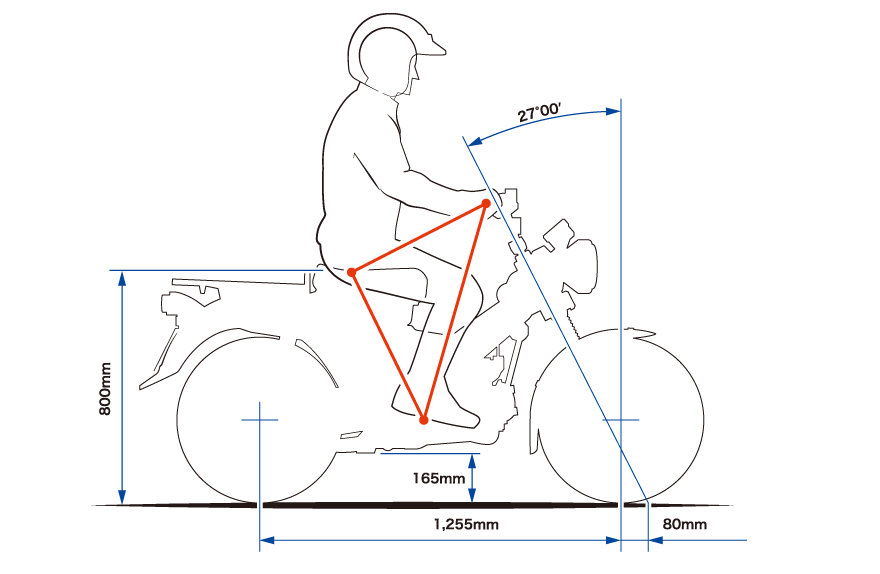 Disc brakes are used on the front and rear wheels to provide high braking power even when luggage is loaded or in tandem. In addition, 1-channel ABS, which operates only at the front, is equipped to provide a sense of security when braking. The Super Cub has a disc up front and a drum in the rear.

The CT125 engine and drivetrain is identical to the Super Cub which is an an air-cooled, 4-stroke, OHC, single-cylinder 124cc engine that uses an automatic centrifugal clutch that does not require clutch operation by hand – just click through the gears and go. You can enjoy running in various scenes, such as touring to the suburbs, outdoor leisure, and towns that stop and go repeatedly. By adopting an air-cooled 4-stroke 125cc engine with powerful output characteristics at low and medium speeds and a unique intake and exhaust system, the engine feel is comfortable and the direct feeling of throttle operation is improved. The engine is also equipped with an underguard that reduces damage caused by stepping stones, etc., which has increased the sense of security in trekking on rough roads. In addition, PGM-FI, which provides ideal fuel supply by electronic control, is adopted, and fuel efficiency is also emphasized. 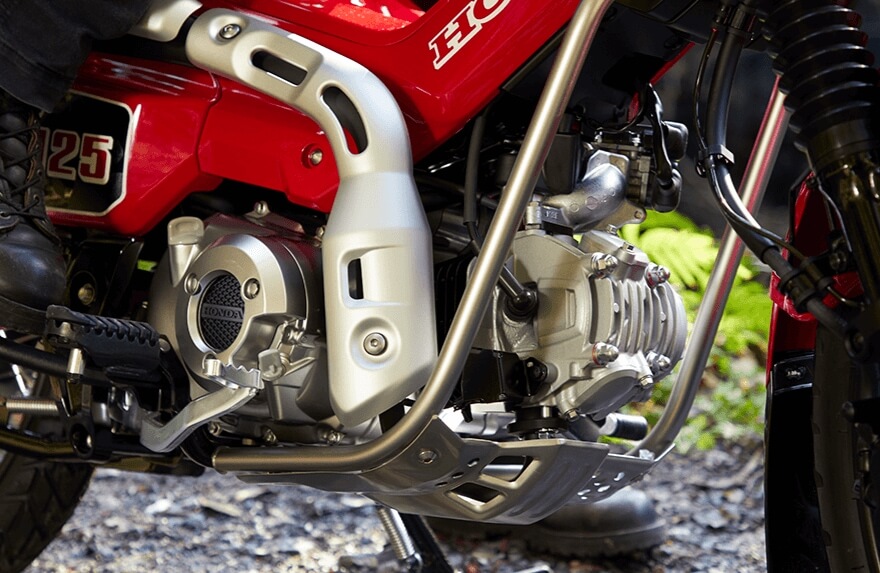 In order to enjoy driving in nature, a high-mount intake duct is adopted to reduce the inhalation of dust. Along with the side air cleaner, Honda pursued a style unique to CT. 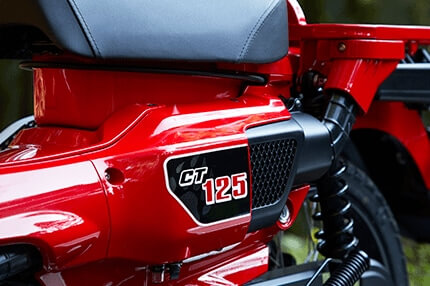 Honda used an up-swept muffler reminiscent of the former “CT”. The exhaust pipe and muffler are equipped with extra shielding too. 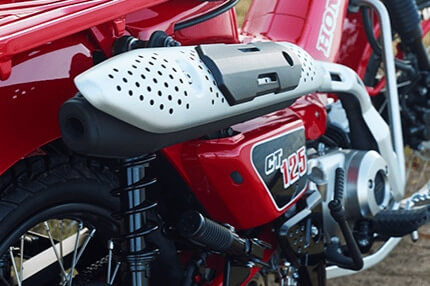 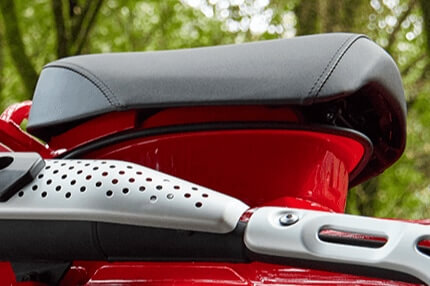 The dedicated rear carrier that gives off its presence is a large size with a width of 16.1 in. up front and 18.7 in. in the rear (409 mm × front / rear 477 mm). Honda was particular about the loadability, such as having four loading hooks and the ability to haul a variety of items. 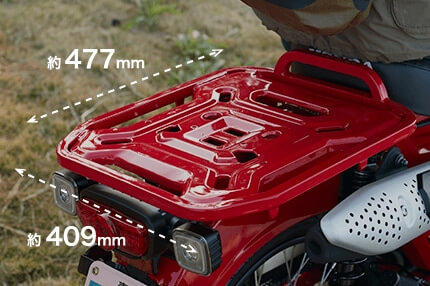 The CT125 uses LEDs for all lighting. The iconic round headlights give the front view even more presence and a throwback to the prior “CT” models. 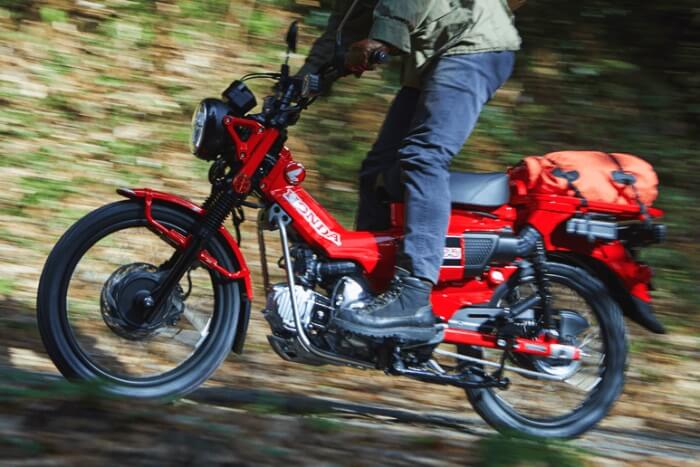 Square LED turn signals offer a bit of contrast from the round headlight. 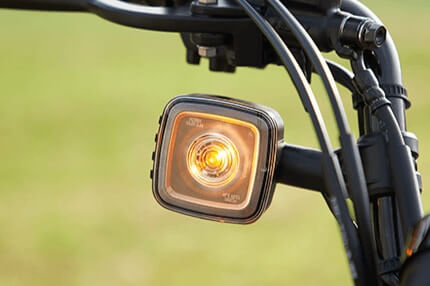 Compact liquid crystal type gauges with condensed functions. Gives a light impression around on the handlebars. 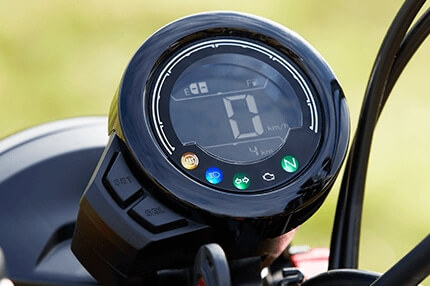 By devising the shape, the seat is focused on foot placement and rider comfort. Also aiding in a low seat height for the CT125 coming in at 31.4 inches. 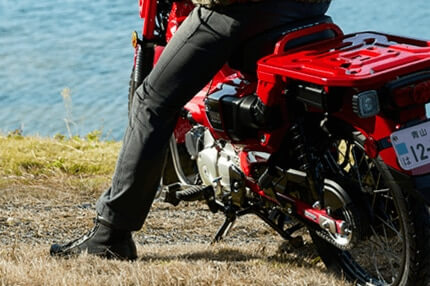 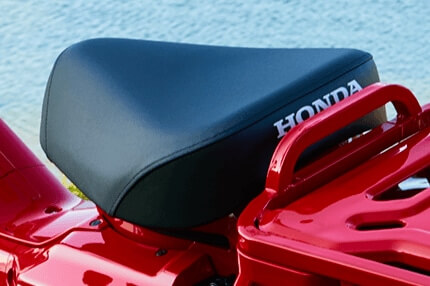