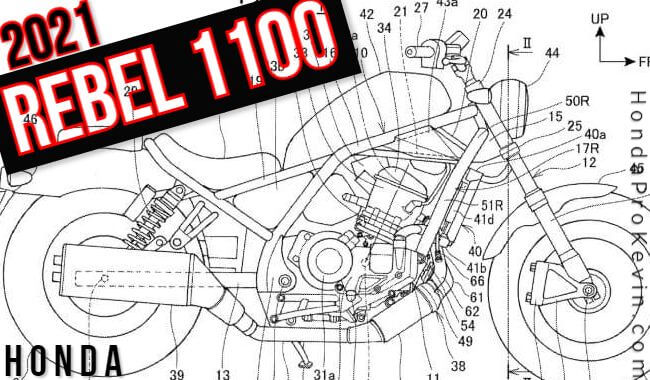 Say hello to the new Honda Rebel 1100! We’ve been talking about this new larger Rebel for quite some time now and thanks to the Africa Twin getting a bump in engine displacement from 1000 cc to 1100 cc, that means we won’t be seeing a Rebel 1000 for 2021 but rather a Rebel 1100!

It’s no secret, I’ve talked about this until I’m blue in the face. Honda’s cruiser model lineup has been struggling for some time now. The introduction of the new Rebel 300 and Rebel 500 models breathed some new life into their cruiser models back in 2017 but we needed more. Thankfully, Honda has been hard at work on rectifying the problem at hand though and now we get to see some of that thanks to these newly released Honda Rebel 1100 patent documents. 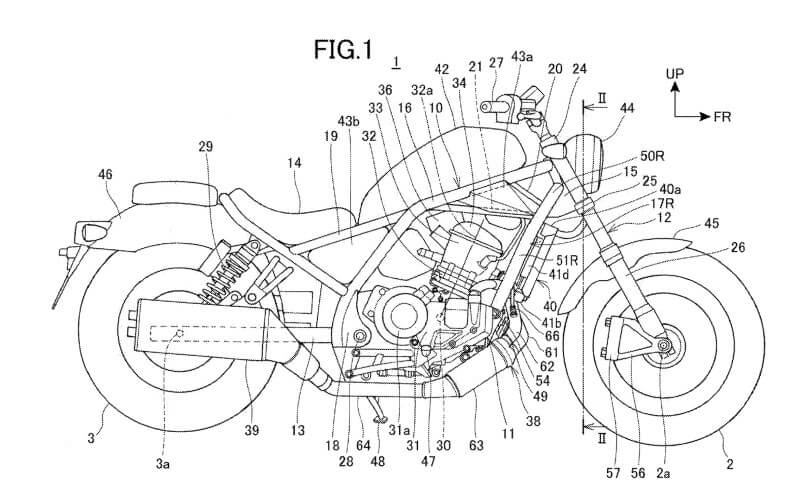 A Rebel 1100 DCT automatic cruiser motorcycle? Yes please, those will sell like hot cakes! I’m a huge fan of this decision on building a larger Rebel and utilizing an awesome engine that is already thrown in multiple models from Honda with different states of tune etc (Talon, Africa Twin, Pioneer) so we know the reliability is there and all of the kinks have been worked out. They know the Rebel styling has already been a hit. Pair the two together and bam!

What do you guys think? Anyone excited about the new Rebel 1100 release date?

When will the Rebel 1100 announced / released? That’s hard to say but if I was a betting man, I’d say we’ll be seeing this bike announced “officially” very soon… November maybe?