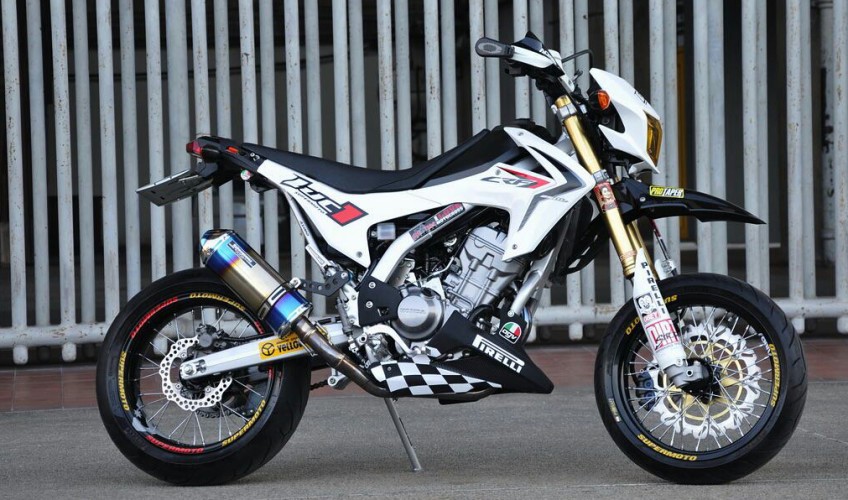 Could we see a CRF300M as an all new motorcycle for 2016 / 2017? Well, the better question would be will we see a motard for 2016 / 2017 in the USA from Honda? To the dual-sport fans if we see a CRF300M Motard that would mean a CRF300L would be releasing side by side with it and talk about getting some people excited. In my dreams they would use the Honda 300RR engine they crammed in the 2016 Montesa Cota but that’s a pipe dream. The engine just isn’t designed for a street bike. But… Honda did bump up the old CBR250R engine in return creating the CBR300R. What Motard from Honda shared the same engine as the CBR250R that is now extinct? The CRF250L we have here in the states and the model we weren’t lucky enough to get on our shores – the CRF250M. Could this mean it’s only a matter of time for a CRF300L / M? Is this why Honda still hasn’t announced a 2016 model for the CRF250L / CRF250M yet?

If you think back to when the CRF250L / CRF250M were released. The CBR250R had been in production for one year and then the CRF250 variants were released. Well… Now, the CBR300R has been put for one year just like the CBR250R haD been when it’s brothers were added to the lineup. Is Honda going to follow the same schedule? Will the CRF300L and CRF300M be introduced for the 2016 Honda motard and dual-sport model lineup? 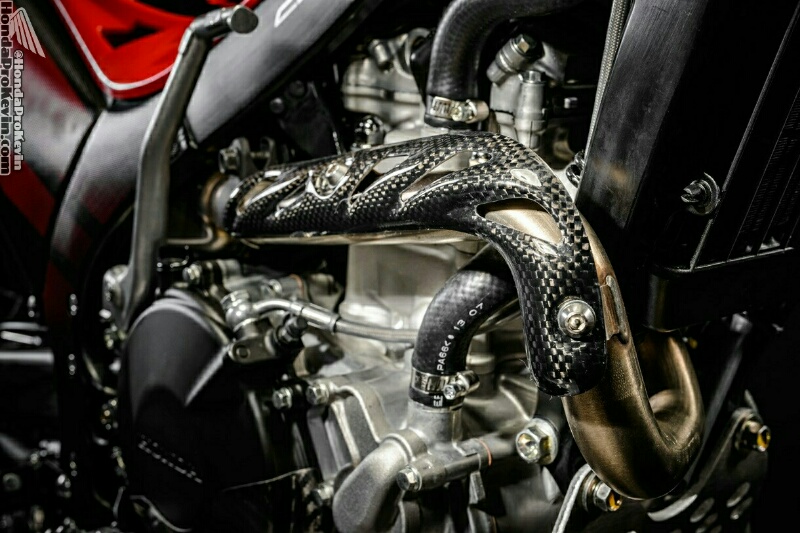 Another thought… Honda is working on a new smaller cc “Light Weight Super Sports Bike“. We know the engine is a twin-cylinder and we know it looks BAD to the bone (pictured below). You can read more up on this possible new CBR250RR / CBR300RR sportbike by clicking here. There’s also some interesting rumors floating around of a CBR350R to replace the CBR300R while having the RR be more “race” orientated. If it’s anything like the old CBR250RR from the late 1980’s to early 1990’s this engine produced over 40 horsepower. The small cc sport bike market is growing with more and more of the manufacturers diving into the mix with models that actually put out decent horsepower numbers like the RC390, R3, Ninja 300 etc that are above the puny 250 class power-plants from 10 years ago. It’s a pipe dream and could be a few years in the making but if this Light Weight Super Sports Bike makes it in production, it wouldn’t be far fetched at all for Honda to use that engine in multiple other models. Here’s a few examples of Honda using the same engine and getting their moneys worth out of the R&D put into them… 250cc = CBR250R / CRF250L / CRF250M – 500cc = CB500X / CBR500R / CB500F – 700cc = NC700X  / CTX700N / CTX700 / NM4 / NC700J – 1300cc = Fury / Stateline / Sabre / Interstate – 1800cc = Gold Wing / F6B / Valkyrie. That’s just to name a few and I’ll stop there as I’m sure you catch my drift.

Honda played with the supermoto / motard here in the USA back in 2009 and had it lined up next to the CRF230L (eventually replaced with CRF250L in 2013). The CRF230M was short-lived here in the state as it only hung around for one year and didn’t make it back into the model lineup for 2010. Was the CRF230M a good bike? If I’m being honest… It left a lot to be desired and was not worth the $4,999 MSRP / price tag it had when new. It was under-powered and old-school suspension with conventional forks up front with no adjustability etc. The CRF230L dual-sport version also wasn’t the hottest selling bike as we struggled to sell them until it was replaced with the CRF250L and Honda tossed better suspension under it, got rid of the carb and of course more horsepower. Since Honda did those changes to the CRF250L overseas they did the same on the CRF250M that other countries in the world are lucky enough to get as well and their sales skyrocketed when replacing the CRF230M. When the CRF250L replaced the 230 in 2013 it also had a $500 price drop coming in at only $4,499. Customers were flopping down their money left and right because of those upgrades for even less money. The 250L did receive a couple of price increases that went up to $4,799 and then where it sits currently at $4,999. I worry the flop sales wise on the 230M here in the USA doesn’t have Honda gun-shy to where they are worried in lackluster sales for a motard here in America and that’s why we haven’t been graced with the upgrade. It’s a shame we do miss out on some super cool bikes that are available in other countries and this may end up being one of those that will never make it to our shores…

Some of you may be asking “Why didn’t he mention turning the CRF250R / CRF250X into a motard or the big daddy CRF450R / CRF450X into the ultimate supermoto?” Some of us aren’t lucky enough to live where we can jump through the needed hoops with our tag / title office to legally tag one of these off-road bikes since their MSO / MCO says for “off-road use only”. It can be done, yes. In some areas and in some it isn’t and then your only choice would be to buy one that someone has already tagged and registered in another county or state so all you have to do is transfer that title. Another reason I didn’t mention those bikes is because of their maintenance schedules. Flip through the owner’s manual on the CRF R / X models and you’ll see how it can get expensive rather quickly if you put some decent miles on her clock. Yes, the power is nowhere near comparable though as the X / R model 250 / 450’s wI’ll absolutely destroy the CRF250L / CRF250M in a drag race etc. One last key point that really works in the favor of the L / M CRF engine is going back to touch on the maintenance – It’s hard to bear recommended every 8,000 miles!

Until Honda answers our prayers on this side of the pond, if we want a Honda supermoto bike we’ll have customize the CRF250L and turn it into what Honda should give us as a “turn-key” bike…