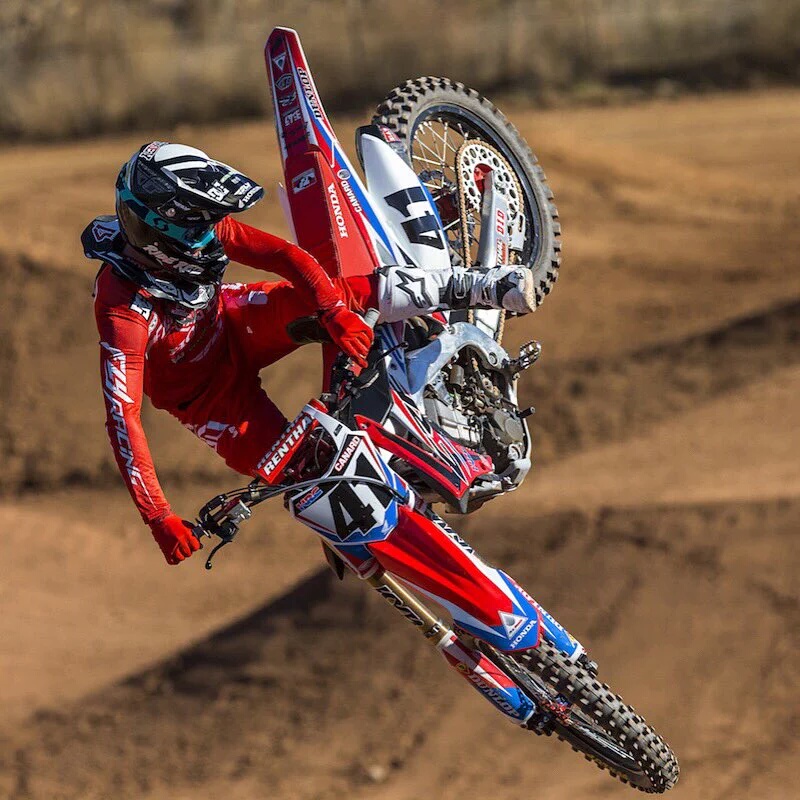 The 2016 HRC Honda Race Team includes Trey Canard & Cole Seely. What better way is there to kick off the 2016 Supercross season than with a new video showing them rip on their HRC factory prepped 2016 Honda CRF450R race bikes at the Honda Test Track in Corona, CA? I can’t think of any better way…

The video released today (January 6, 2016) also dives into some of the history that makes Honda’s race team what it is today. It helps shows that racing is still a major part of what Honda is. Reminds me of a quote by the man himself – Mr. Soichiro Honda. “If Honda does not race there is no Honda.”

It might be cheesy but I think it’s pretty cool to see the sheer passion that Team Honda HRC Manager Dan Betley has for what he does for a living. You can tell it’s not just a “job” to him and even after all of these years and the ups & downs that come with racing on a professional level that he still has the love for what he gets to wake up and do every day. That’s something we can all only hope for in our own lives. Doing something you love on a daily basis is truly an awesome thing. I don’t have an important job per say like this man but I consider myself lucky to get to work in this industry that I love, daily. Makes getting up every morning a lot easier than when you dread going to work haha. Got a little mushy there and off topic though so let’s get back to motorcycle racing.

Who are you rooting for to win the 2016 Monster Energy Supercross Championship?

I’m hoping Trey Canard puts on the ride of his life and stays healthy this year without any injuries. He’s the kind of guy that’s hard not to like, especially when he stays so positive with all of the bad cards he’s been dealt the last few years with injuries prematurely taking him out of the running for the championship. There’s a lot of strong and fast guys this year though so he’s going to have his hands full. Here’s to hoping for an awesome 2016 supercross season with lots of good racing!