– Must See Build by Mad Industries & Lossa Engineering on a Honda CB500F! – 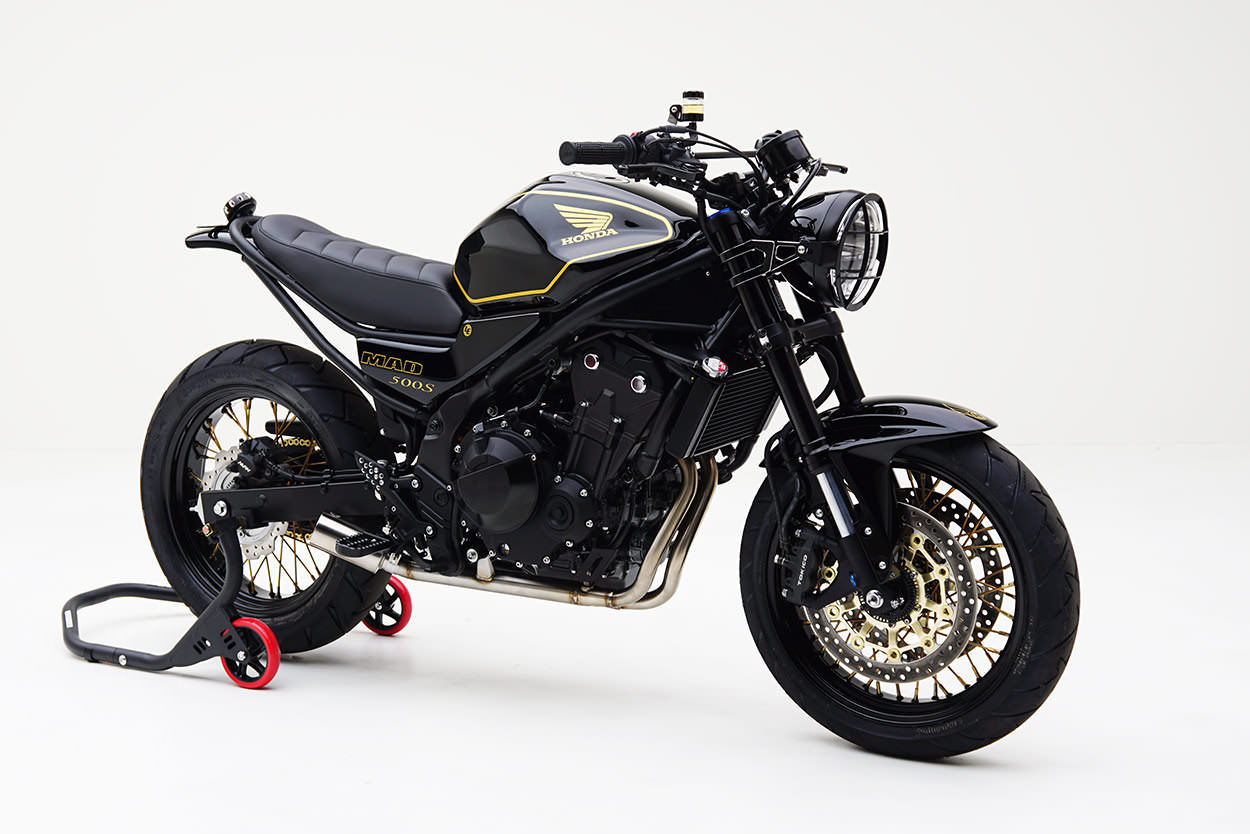 The Honda twin-cylinder sport bikes revolutionized the world of motorcycling when they first appeared, and this latest generation — Honda’s 500 twins — are the best ever.  Starting with a 2016 Honda CB500F, MAD Industries and Lossa Engineering created this CB500S Concept Motorcycle to replicate the very popular “Scrambler” style of bike on a modern sport bike frame.

Check out the other Custom Red CB500F Pictured below – Click Here

This CB500S’s frame has been modified with fabrication work featuring Hand Made Panels, Seat Base and Exhaust system combining current modern parts that are available that tie in with the hand-made items.

The front end was upgraded to an inverted 41mm Showa Big Piston Fork and radial-mounted calipers from the CBR600RR which now means you have enough brakes on the CB500F to stop a freight train!

The wheels are one of my personal favorite touches on this build… They were custom built by Ridewright Wheels with 40 Spoke Cross Laced Wheels and were custom finished to match the bike Black and Gold theme and are wrapped in Continental Trail Attack 2 Tires.