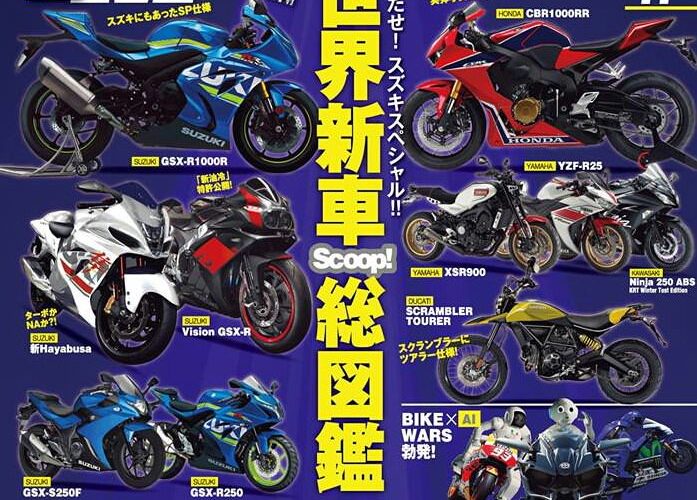 It’s hard to believe another month has passed us by… The bad news is we’re all a little older but the good news is that we have a new issue (November 2016) of Young Machine Magazine to ‘ooooh and ahhhh’ over with news on possible up-and-coming motorcycles.

We nailed it on the last couple updates with anticipating multiple 2017 CBR1000RR SP model variations as Honda just made it official a couple of days ago on the 4th of October at the 2016 Intermot Press Conference. If you haven’t already, click back to the homepage and check out the latest 2017 CBR1000RR SP & SP2 Reviews for all of the detailed specs you need to know about the baddest and fastest CBR1000RR that Honda has EVER built for the street!

While we’re on the topic of the CBR1000RR also known as the Fireblade in other corners of the globe, you’ll notice a CBR1000RR gracing the cover of this magazine. If you look closely, you’ll see that it doesn’t have Brembo brakes or Ohlin’s suspension among many other subtle aesthetic differences. Why is this? That is because the model you see on the cover is the ‘base’ or standard model 2017 CBR1000RR for those that don’t “need” a $20,000 to $25,000 CBR1000RR SP no matter how difficult it may be to convince yourself of that haha. Honda has yet to officially announce this 2017 CBR1000RR base model but that will come in November at the EICMA 2016 motorcycle show. If you click back to the homepage, you’ll see the spy photos that were leaked of the 2017 CBR1000RR that match up perfectly to what you’re seeing on the cover here. 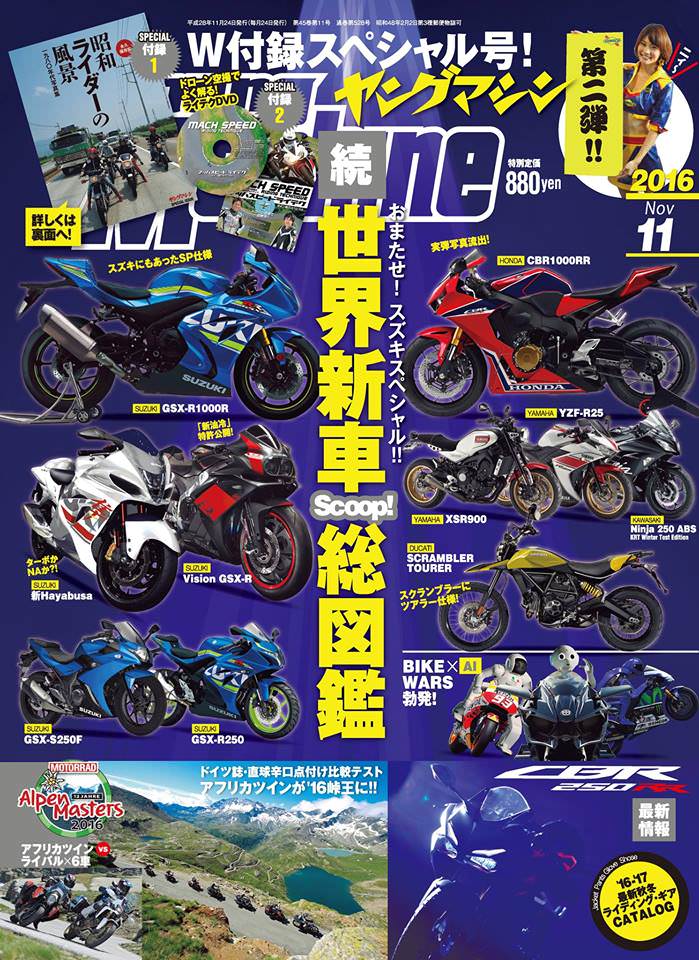 This issue went to print before the Intermot 2016 show that kicked off only a couple of days ago so some of this could be considered “old” news when referring to the 2017 GSX-R1000 from Suzuki as we all know now from Intermot that they finally stepped it up with their new contender in the 1000cc superbike class and it is one bad machine! I’m glad I am not in the market to buy a new 2017 1000cc sport bike as you can’t go wrong when comparing the 2017 Yamaha YZF-R1 / R1M VS Suzuki GSX-R1000 VS Honda CBR1000RR SP / SP2 VS Kawasaki ZX-10R / ZX-10RR. They are all absolutely INSANE and more now than ever for 2017, nothing but a flat-out race bike. If you step back and look at it compared to only 10 years ago, it’s amazing what type of machinery we can just walk into a dealership and buy…

I won’t burn up too much more of your time yapping about the other models pictured on the cover as I was a little long-winded on the 1000RR above. So, with that, I’ll let you check out the cover and be on your merry way. As always guys, thanks for checking out my ramblings and if you could click that “like” and share any of my content it would be greatly appreciated. Take care guys and ride safe!

Not familiar with the Young Machine Japanese magazine? They have many sources with all of the OEM’s from Honda to Suzuki, Kawasaki, Yamaha, Ducati, Triumph etc and have broken a lot of new motorcycle model news before any other publication across the world. Sometimes they are wrong and off-base but they have gotten quite a few things right over the years.

Please click “Like” and or Share if you guys enjoy checking out what’s going on across the world in the motorcycle industry and what we may see in the future. Thanks guys!