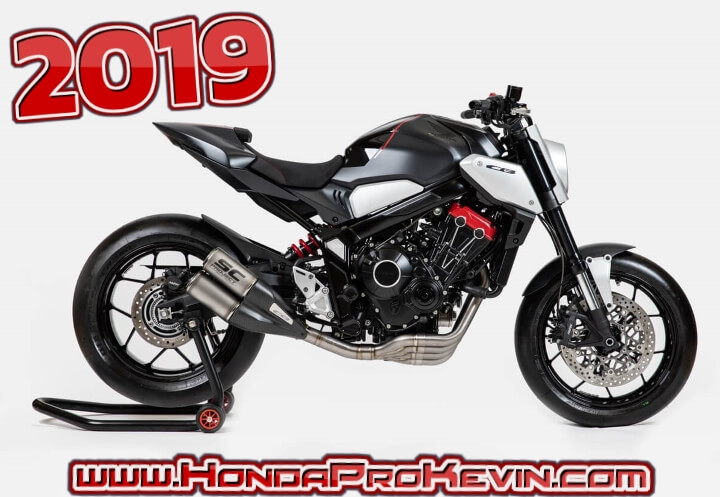 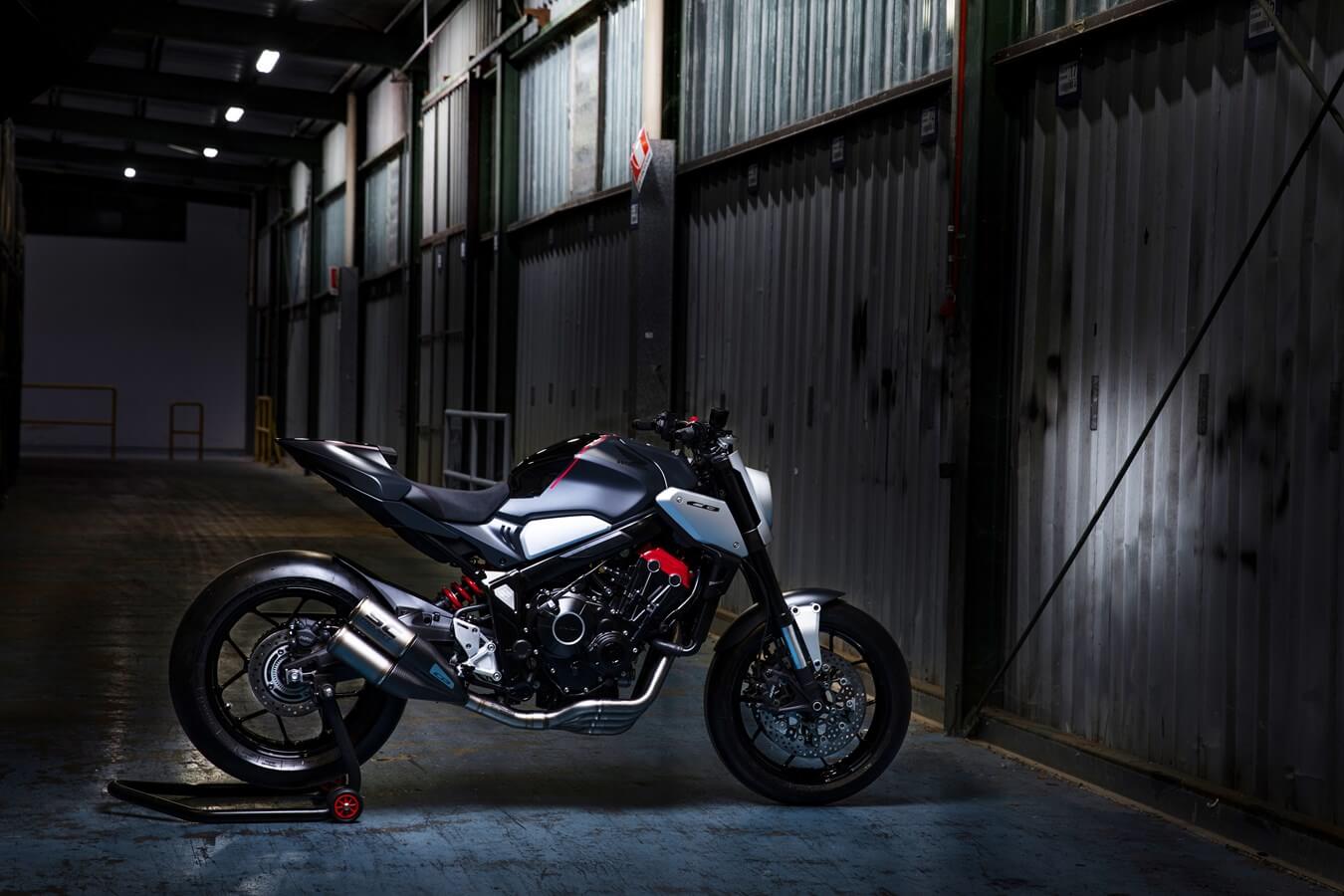 It’s here! The bike I’ve been teasing you guys about for the last week or so with a few sneak peek pictures etc from this blog post here.

Honda has been on a big kick lately with their new Neo Sports Cafe concept design that then turned into a few production models for 2018-2019 with the introduction of the CB125R, CB300R and CB1000R. Personally, I was hoping we would see a CB500R and CB650R follow-suit as with all of the other CB-R models that were based off of other models in the lineup. The thought of a new CB500R might still be a pipe-dream but it looks like a 2019-2020 CB650R from Honda could be right around the corner…

Why is that? Because Honda just unveiled another new concept motorcycle with the Neo Sports Cafe badging based off the CBR650F / CB650F platform that was created in Honda’s Rome R&D design center that will be on display at the Paris ‘Mondial’, in a new iteration of the Neo Sports Cafe styling that launched with the other CB-R models that I mentioned above in the 125cc, 300cc, 1000cc naked bike platforms.  Honda considers the styling ‘language’ to be modern and minimalist, mixing sports naked and cafe racer inspirations to create a unique new style of machine. 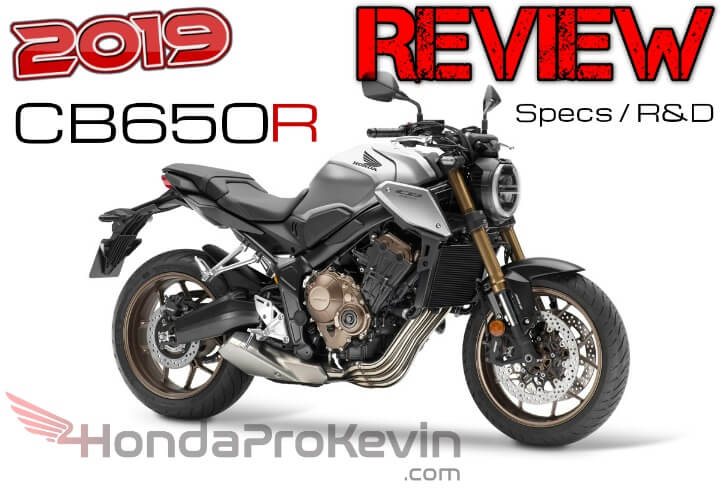 This new CB650R Neo Sports Cafe concept dials up the ‘Sports’ aspect of ‘Neo Sports Cafe’, with an ultra-short tail and vertically-stacked dual muffler. Futuristic head and tail-light, detailed machining and new surface treatments add eye-catching modernist elements to the essential appeal of a pure naked motorcycle. Check out the rest of the 2019 Honda Motorcycle Lineup by Clicking Here.

Want to see more Concept Motorcycles from Honda? Click Here for details on other concept bikes Honda has released over the years and you’ll find some that ended up making their way into a production model. Some strayed far far away from their original concept but there is a model here and there that stayed pretty close to the concept version.

Opinions? What do you guys think about this new bike? Do you think Honda should build a production CB650R model out of it for the 2019 or 2020 motorcycle lineup?