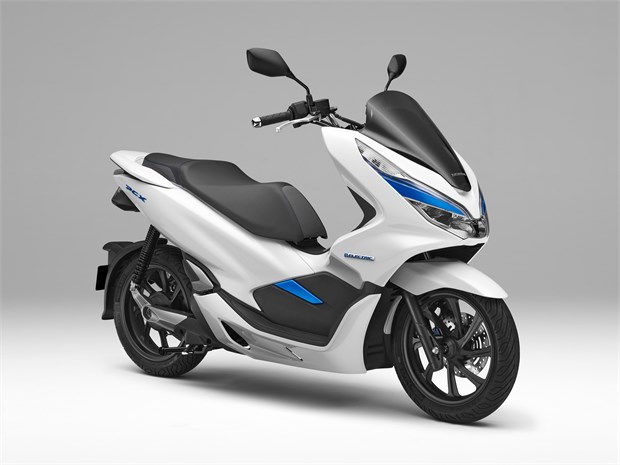 It’s October and aside from it being a bad time of the year due to it getting cold and cutting down on our riding time, it’s an awesome time of the year as October always equals Tokyo Motor Show time and that means cool new motorcycles and scooters being released from Honda! I’ll be posting updates hourly from the 2017 Tokyo Motor Show that you can check out by Clicking Here.

We started off things at one end of the spectrum with the 2018 Gold Wing and Gold Wing Tour being announced and now we step down to some of the smaller models from Honda and also going against the grain with Electric and Hybrid scooters. These are planned production models and not just “concept” scooters granted they are only going to be sold on the other side of the pond at first. What do you guys think though, do you think a 2019 Honda PCX Electric scooter and 2018 Honda PCX Hybrid scooter would sell well here in the USA?