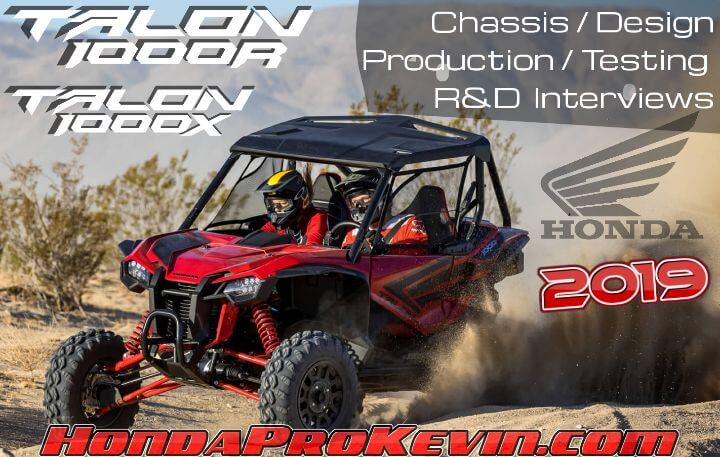 All right guys! We’ve got the big 2019 Honda Sport SxS / Side by Side announcements out of the way on the All-New TALON 1000R and 1000X models and now it’s time to start taking a deeper dive into some of the nitty-gritty things around the new TALON 1000 sport models and what makes it special as well as what it took to get Honda to this point. 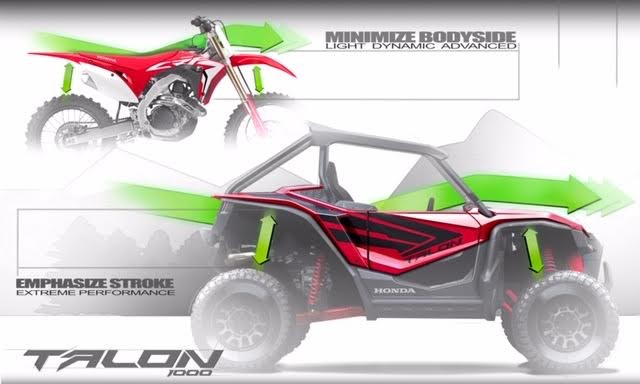 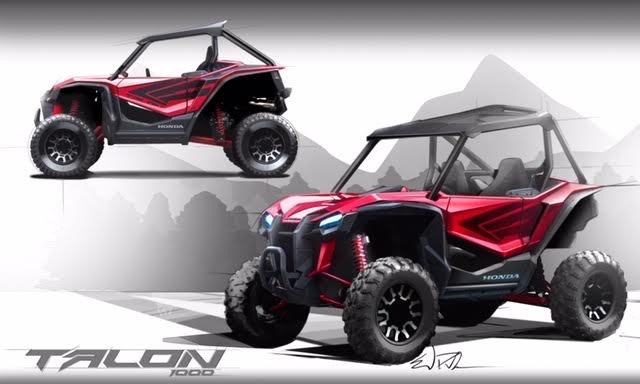 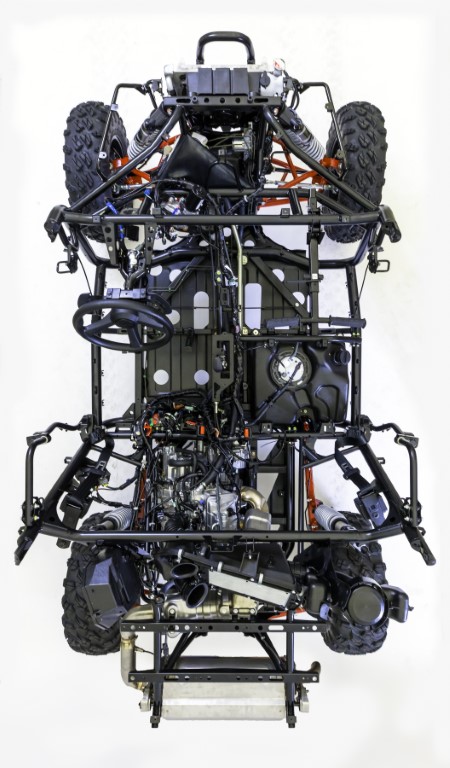 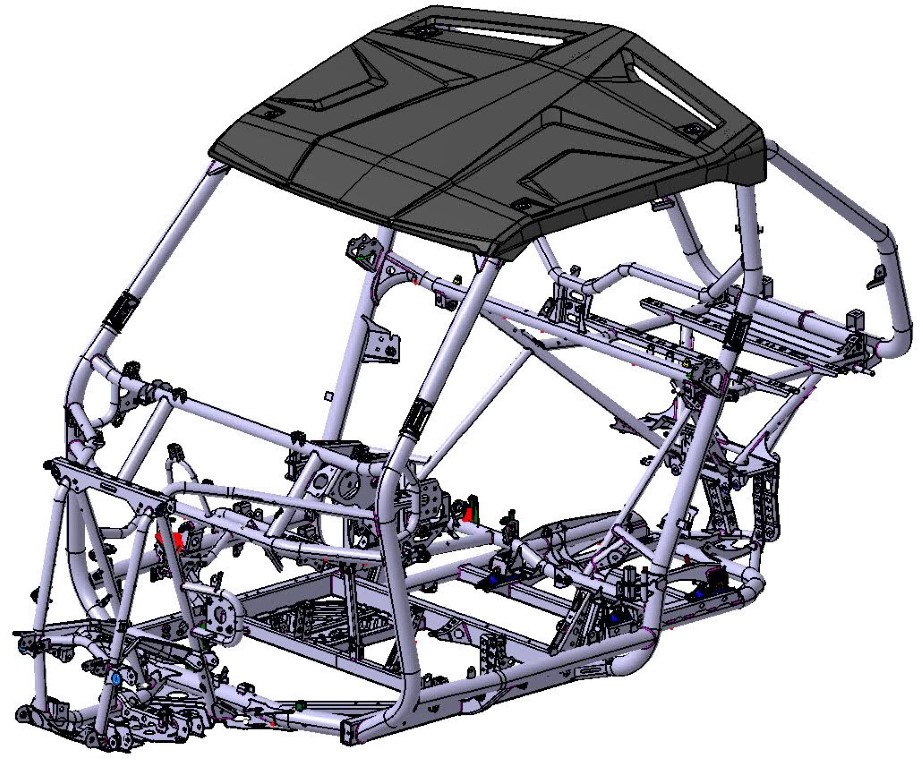 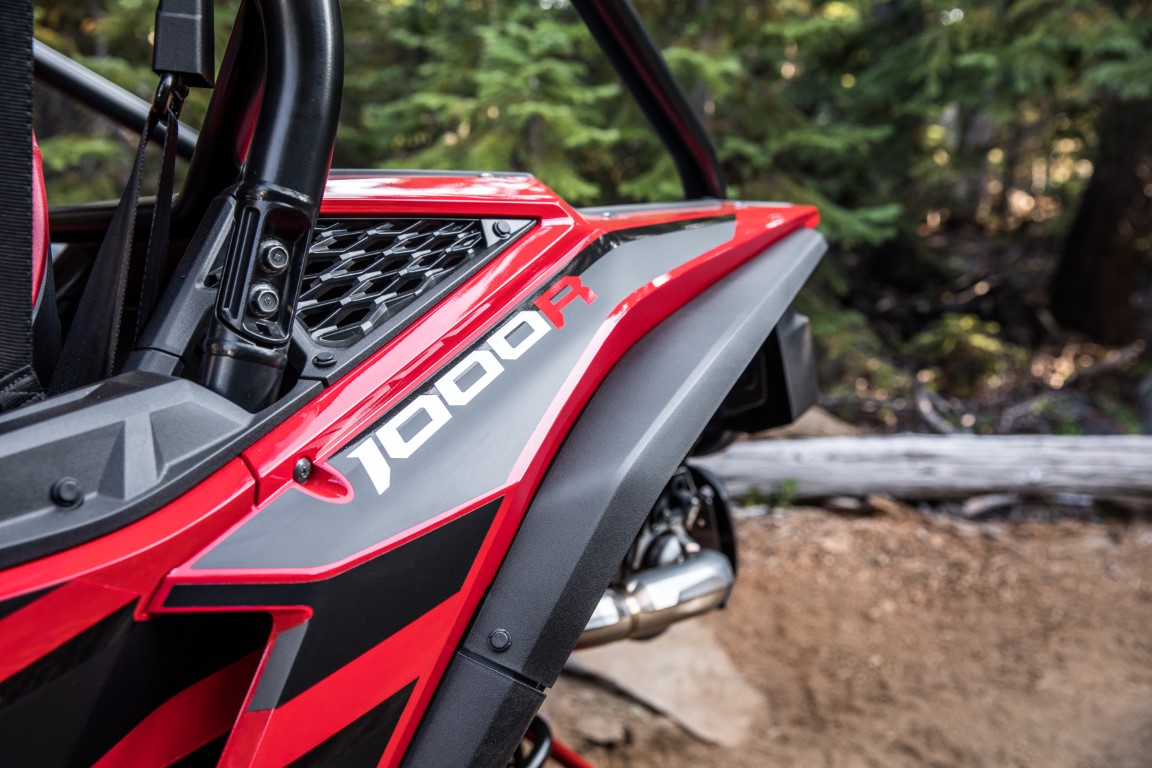 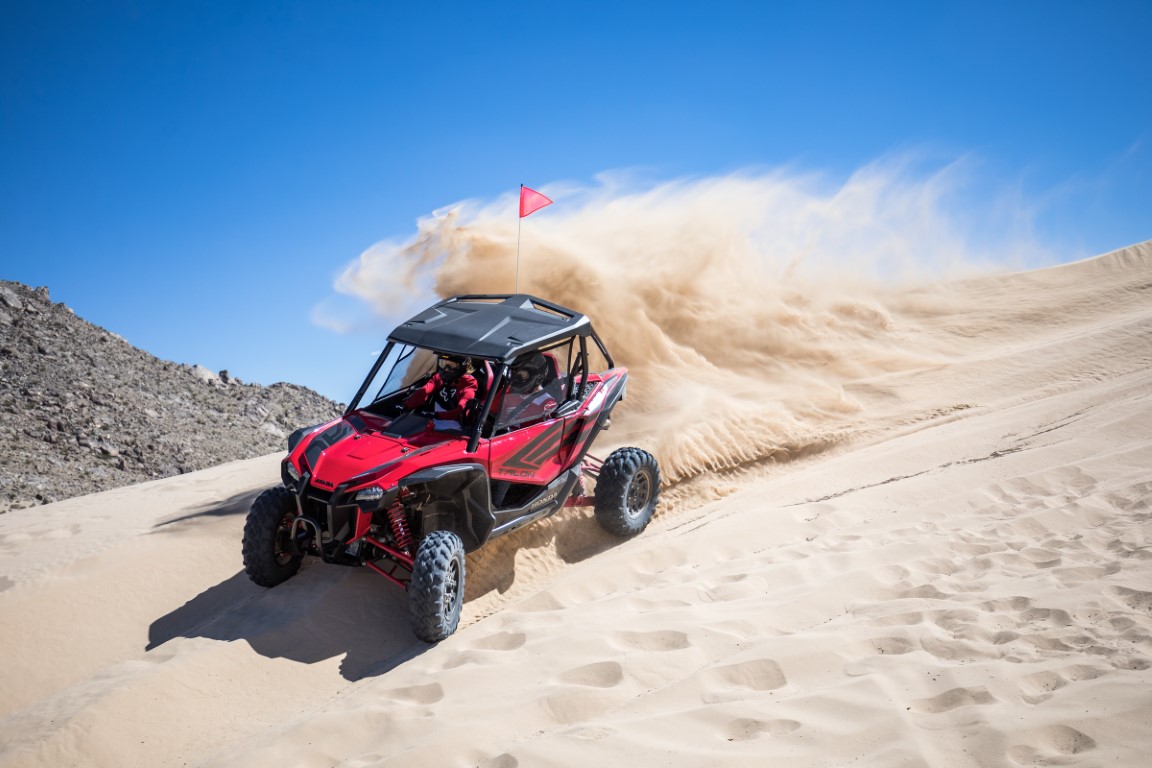 MADE IN THE USA

Though founded and headquartered in Japan, Honda is a global company that has been leading the way in incorporating American facilities and employees into all aspects of vehicle design and production, through a family of United States-based operations. Honda was the first Japanese company to manufacture motorcycles in the U.S. (in 1979, with the CR250M Elsinore, in Marysville, Ohio), and the first Japanese auto company to manufacture cars in the U.S. (in 1982, with the Accord, also in Marysville).

The first Honda vehicle sold in America (1959) and the first Honda vehicle manufactured in America (1979) were both powersports products, and Honda has been expanding its powersports development, design and production in this country ever since. The Talon project is the work of the Marysville-based R&D group, the Torrance, California-based design group, and a manufacturing group stationed in Timmonsville, South Carolina. 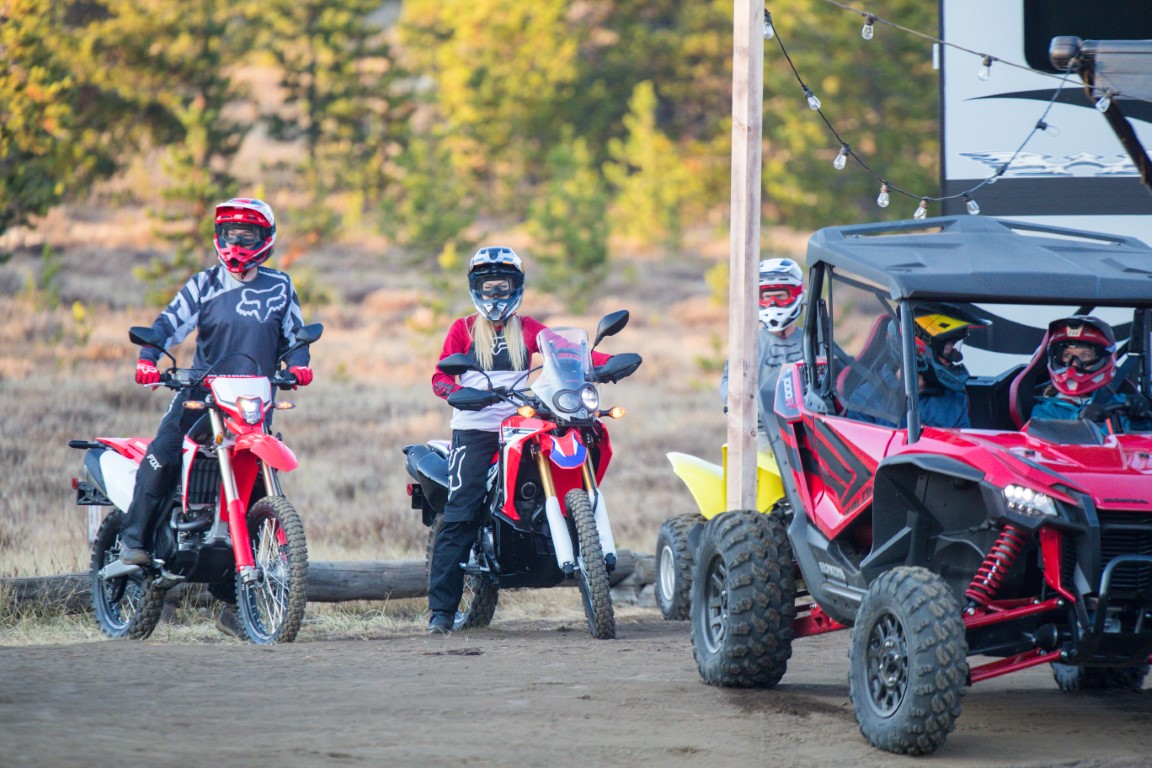 The side-by-side market has a particular connection to the United States, as it represents the category’s strongest market. The Sport segment is growing rapidly, and when Honda made the decision to offer its own entry, it was natural that the groups tasked with that project would be the same U.S.-based teams that develop and manufacture most of the company’s side-by-sides and ATVs.

Before Honda enters a new vehicle in the market, the R&D division researches the market and then develops a vehicle, from concept goal to finished product. “The engine and transmission is still ultimately the responsibility of HGA [Honda Giken Asaka, or Honda Japan],” says Jeremy McGuire, the Chief Engineer of Development Planning in Marysville, who has worked for Honda since 1999. “They supply the engine and we develop everything else around it. The Ohio side is 100% responsible for the final Complete Build Unit. We’re responsible for the entire frame, body, plastics, electrical and suspension, with U.S. associates led by the project leaders within the respective function groups. Of course we have Japanese technical experts who are there also, but the development itself is largely led by U.S. staff. And then I would say close to 100% of our test drivers are local staff as well. We also have some guys who are former Baja 500 and 1000 motorcycle racers who are actually expert evaluators or handling-and-stability project leaders, so that also gives us some added value.”

Drey Dircks is the Manager/Engineer and primary test driver, as well as one of the ex-Baja racers that McGuire referred to. Although he works out of the same Ohio office as McGuire, Dircks’s testing duties take him to various locations. “In the winter we go south and do some things in Georgia, North Carolina, South Carolina, and we do a lot of testing in California,” he says, “but when the weather’s good, we do probably 90% of our testing here locally. We have our own test course and have a really good facility to do our testing that represents actual customer usage.”

To lead the look of the Talon, Honda turned to its U.S. design team, but Senior Designer Erik Dunshee, who has 10 years with Honda. Although he’s based in the Torrance, California, studio, he points out that the process is international. “When we go after a project, we’re always working in consensus with Honda Powersports in Japan,” he says. “The majority of the legwork took place in the U.S., but it’s always a global effort.”

For production, Honda turns to the 650,000 square-foot facility at Honda South of Carolina (HSC). The engines and transmissions arrive from Japan, but the Timmonsville factory handles chassis production and vehicle assembly. The plant celebrated its 20th anniversary in July, shortly after reaching the milestone of three million ATVs produced in America, and Matt Joseph was hired when it opened in 1998. “It was an opportunity of a new company, a new culture, coming into the area,” recalls Matt, who describes himself as a “homegrown” South Carolinian. “It was a new opportunity for those, like myself, who took that journey. Honda is a Japanese company, so it offers a different culture, a different mindset.”

Joseph was open to learning, developing, improving and being exposed to new ideas, which helped when he traveled to Japan to learn alongside his manufacturing counterparts there. “A lot of times you don’t realize the impacts of what you’re doing on a daily basis, but you have other folks around you who see you doing things differently, hear you speak in a different manner, or watch you plan in a different manner,” he explains. “My job is mainly about planning, so what it has done for me is that rather than waiting until the last minute to plan a big activity, typically I’m planning several months, or even years in advance.”

It’s a decidedly Japanese tendency for someone who describes himself as a “homegrown” South Carolinian, but it’s representative of a key advantage for Honda; by leveraging its international knowhow and expertise, while relying on its capable U.S. footprint for development and production, the company is able to offer better four-wheel powersports products. 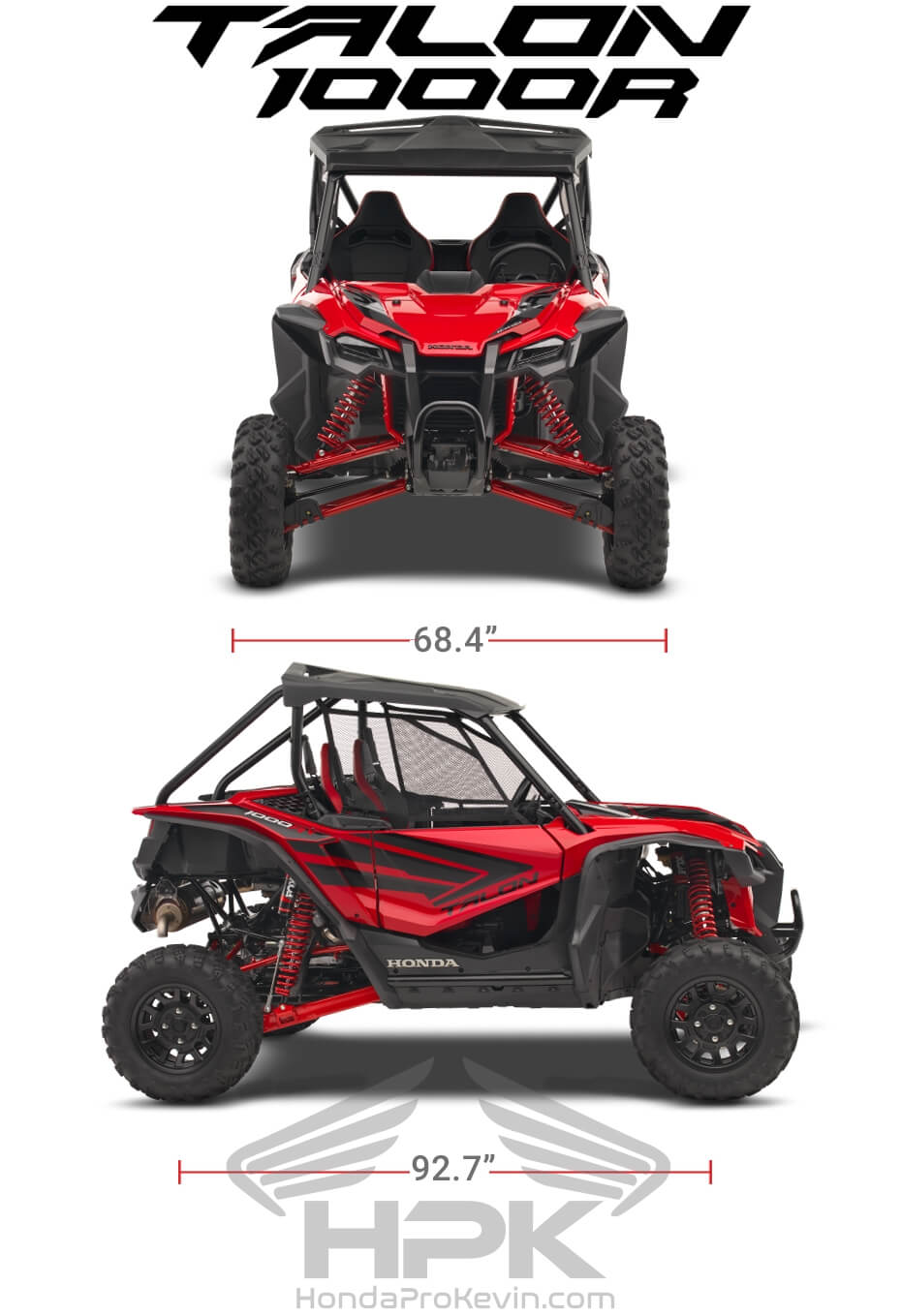 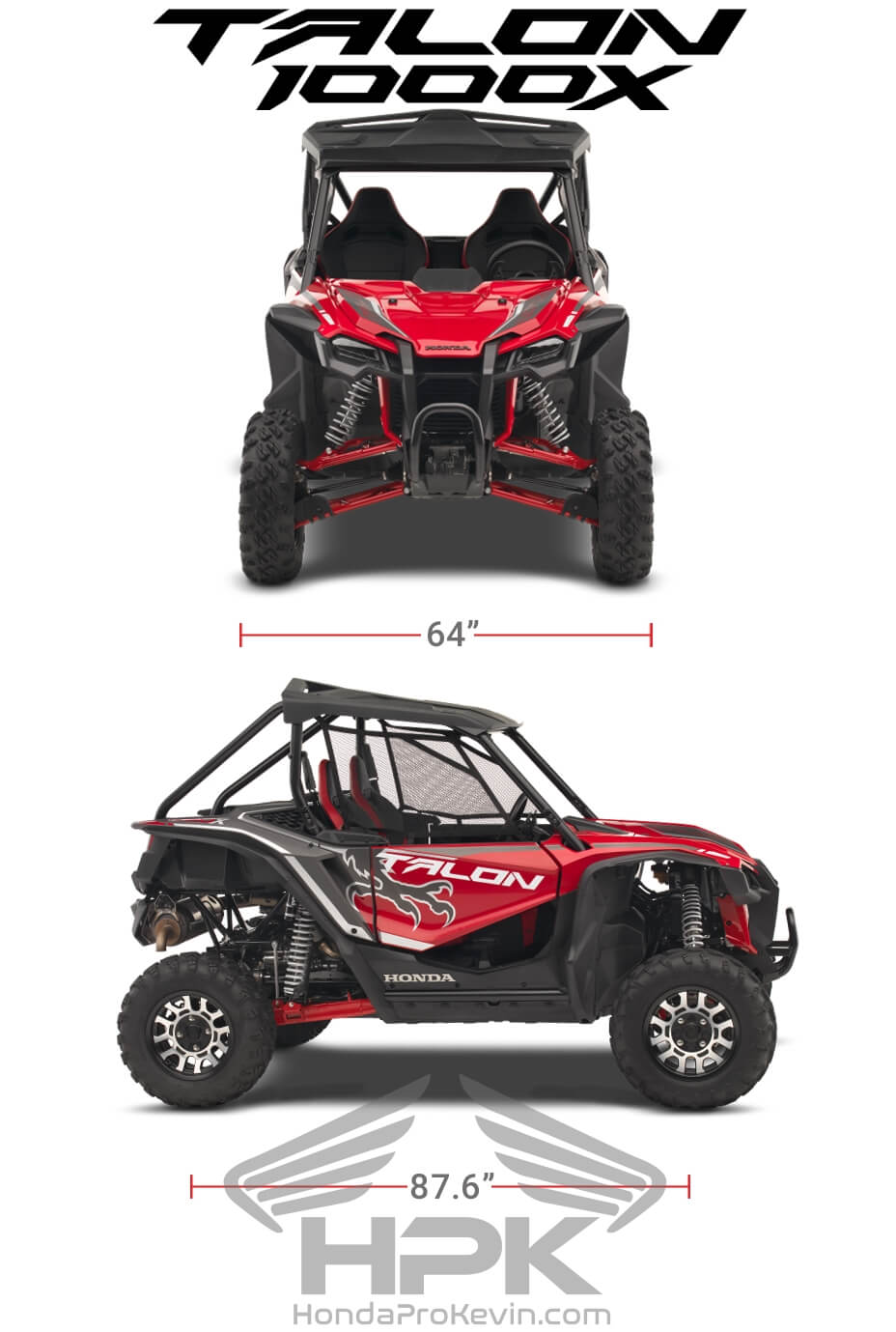