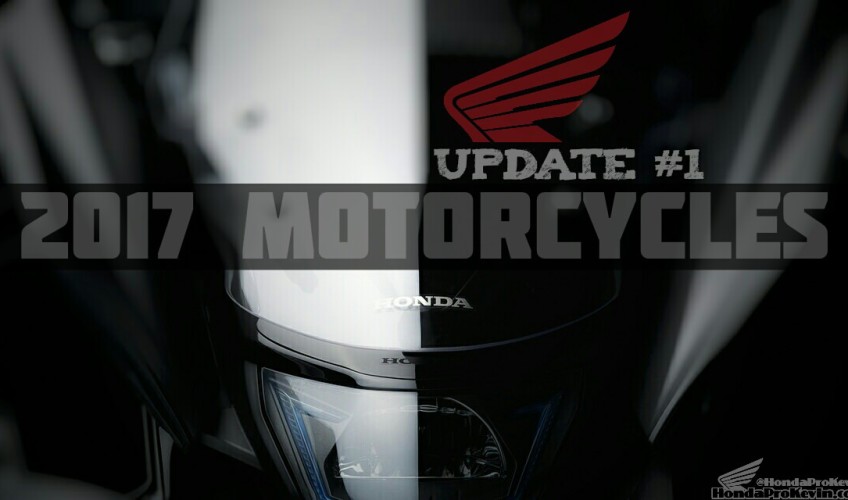 Today, we’ll kick off a small update on new 2017 Honda motorcycle models, scooters and CRF dirt bikes… How fresh is this 2017 motorcycle news? You won’t find these models listed on Honda’s website just yet so you get a sneak peek of what’s to come.

Why do I day “small update”? Because this isn’t the entire list of 2017 motorcycles & scooters from Honda. This is only a select few that they have decided to release information on as of today; April 18th, 2016.

First up on the list for 2017 motorcycles will be the Bat-Mobile also known as the 2017 Honda NM4 (Vultus) that makes a return for 2017 as Honda’s craziest DCT automatic motorcycle:

Next up, we have a few of the 2017 CRF dirt bikes that make their return for 2017. These are the first of the CRF-F models which are classified as “trail bikes”. No major changes to note on these models except we do have a price / MSRP increase to note.

Lastly, we have the PCX with its 150cc engine that makes its return to the 2017 scooter model lineup from Honda with changes to the colors that will be available here in the USA.

When will the next update / 2017 motorcycle announcement happen? Very, very soon… Make sure to follow my blog and check out my social media pages for instant updates as soon as I release the info!

Any other interesting 2017 Honda news you should be keeping an eye out for? Stay tuned for a 2017 Honda Side by Side ATV / UTV / SxS / Pioneer Utility Vehicle model announcement coming in July of 2016…

* Disclaimer – Any 2017 motorcycle news, model info like colors, pricing etc are referring to USA models. Other countries around the world have other options.