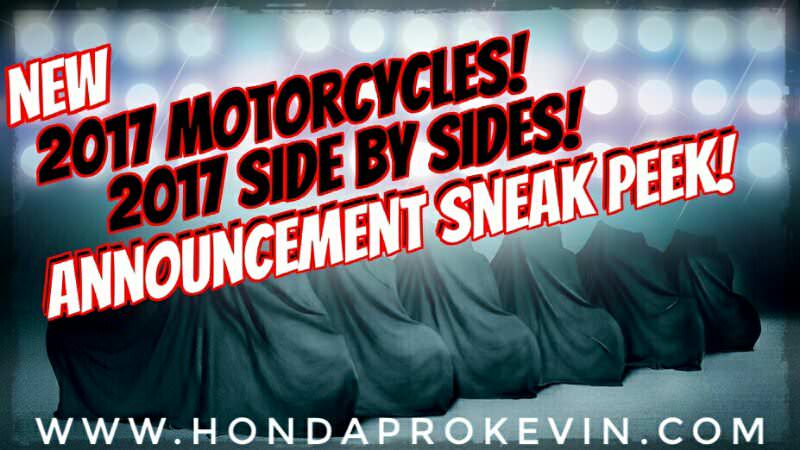 If you follow my blog you will remember my last couple of posts regarding updates to the 2017 motorcycle and side by side model lineup from Honda, at that time I mentioned we would be getting another model release / announcement in November of 2016. Well… It’s November! Just in case you’ve been sleeping for the last week and didn’t know we rolled into the next month I figured I would remind you.

First, we’ll start off with the EICMA Motorcycle Show. Honda will be releasing information regarding all-new 2017 motorcycles and their spec-sheets etc. When is this? November 7th is when Honda will let the cat out of the bag on new additions to the model lineup for 2017. I’ll be posting hourly updates on November 7th from the 2016 EICMA Show that you can check out here.

☆ Since we have a few days to kill until the first round of 2017 Motorcycle & UTV Announcements start, let’s have a little conversation…

Man oh man… I love this time of the year with all of the new model announcements and the fact that the whole PowerSports market is booming again like it used to be back in the day! Things got so stale when the manufacturers were afraid to spend $$ in R&D to release new models since people weren’t buying after the economy tanked. It got tiring year after year with no new models being announced and all we got year after year were BNG… Bold New Graphics lol!

Long story short… I’m excited at what is to come over the next couple of weeks!