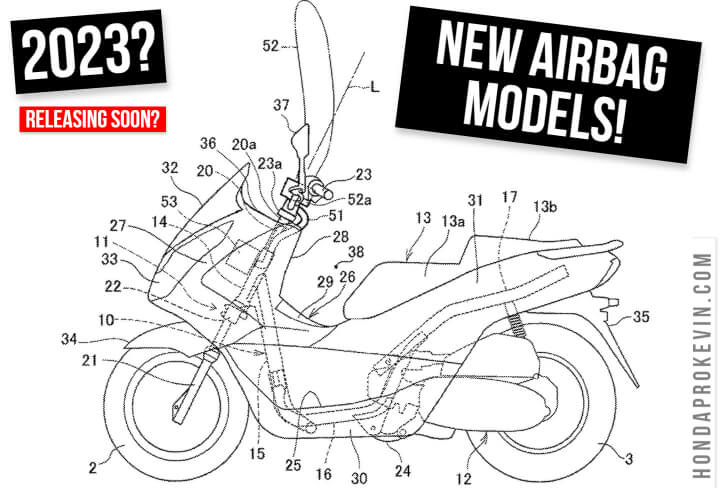 Let’s hop in our time machine for a second… The time was 2006 and Honda just released the first motorcycle with an airbag and what model did they choose? Of course, their flagship; the Honda Gold Wing! 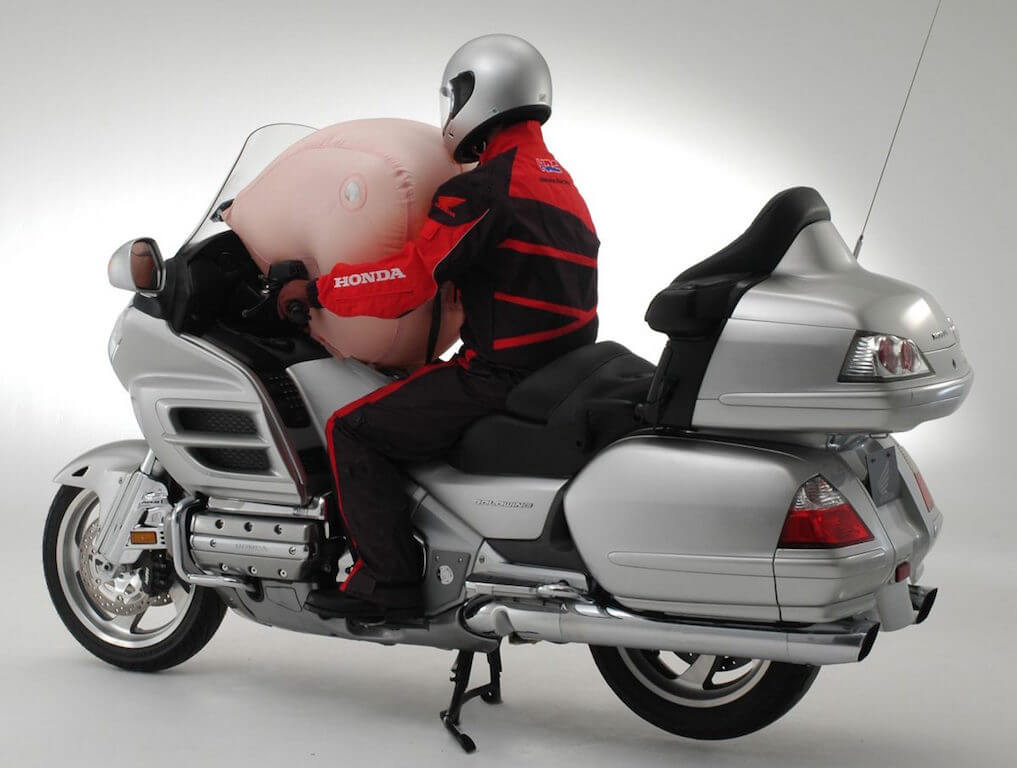 We fast forward to now and Honda hasn’t really developed that airbag technology any further to where we see it on multiple motorcycles and scooters or even an airbag in a side by side. Usually when they develop new technology, it’s so they can spread it out across their model lineup and help spread the overall R&D costs. Similar to the very popular DCT Automatic Transmission options you have now, it first started in 2010 and only on one model and then a few years later – it’s available on almost everything. But does that mean Honda gave up on the technology, even though they still use it as an option on the Gold Wing to this day? Nope! 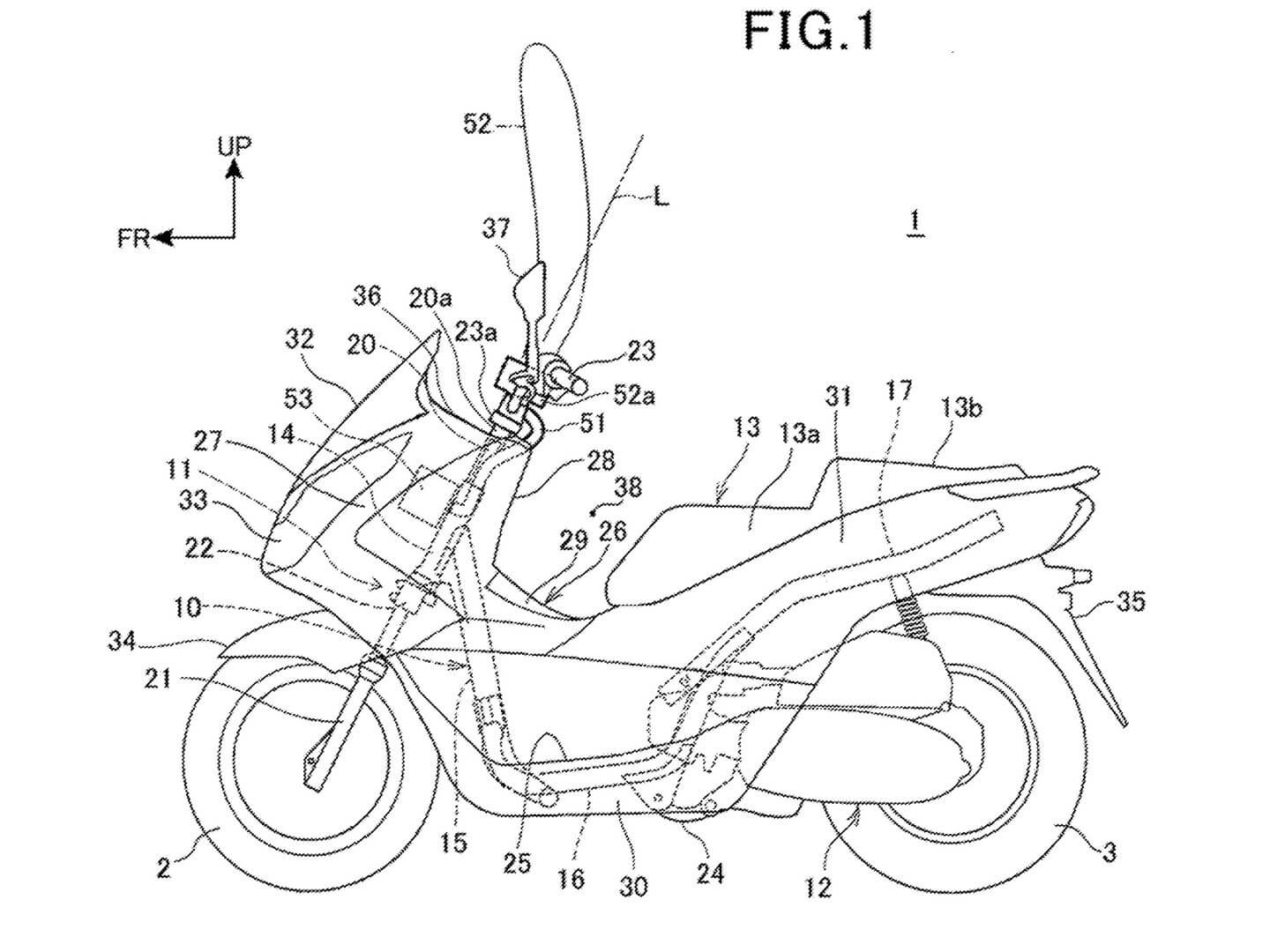 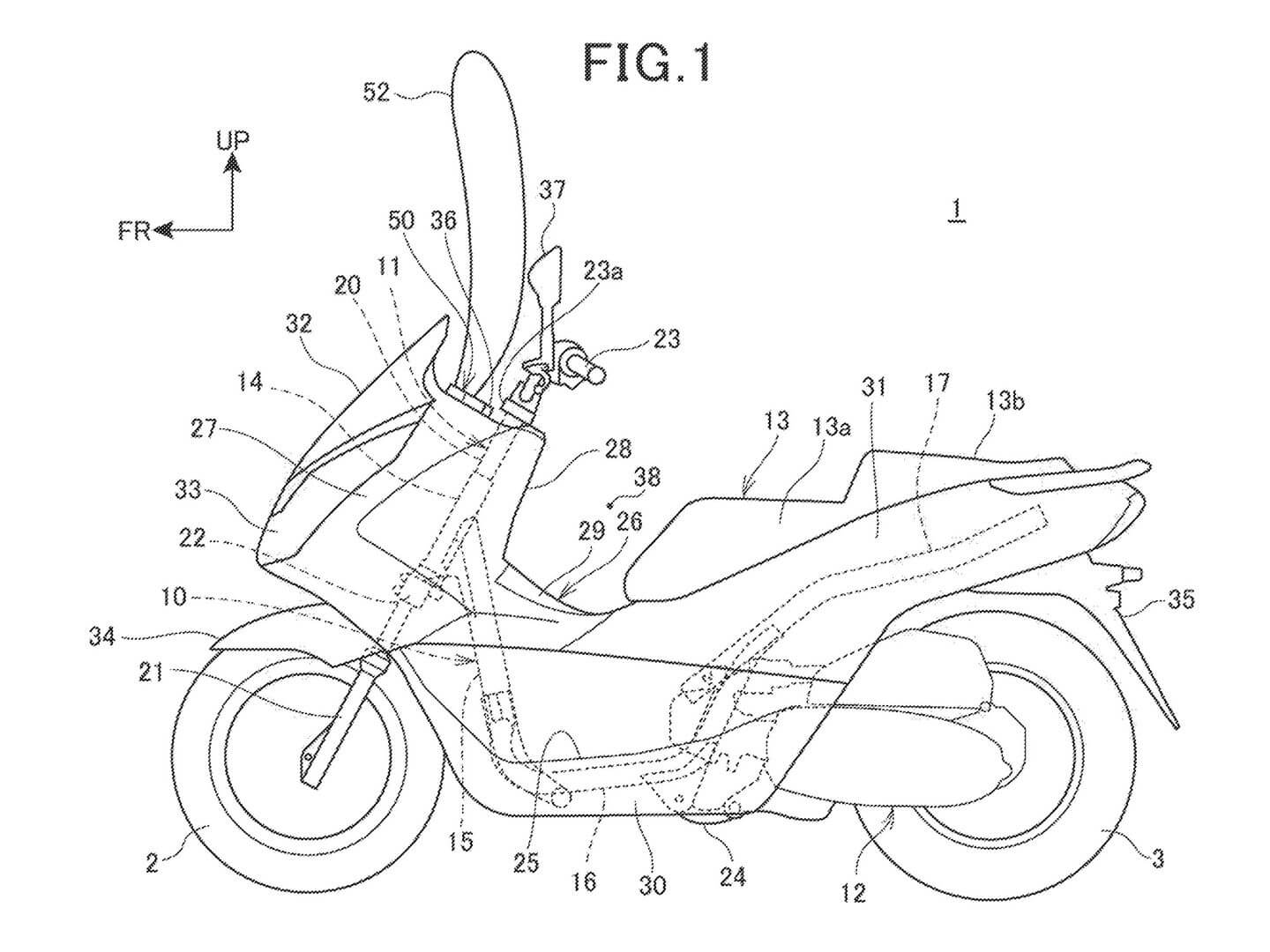 Thanks to these new patent documents, we can see that Honda is playing around with multiple airbag options on the PCX scooter. One thing to keep in mind though, just because it shows a scooter in the patent, it doesn’t mean that’s the only model this will be rolling out on. If they can do this properly and keep costs down, the popularity should cross over to multiple segments.

Now, from what we can see. It doesn’t look like this will be anywhere near as advanced as the Gold Wing setup and that’s a given considering the price tag on the Gold Wing compared to these scooters. Comparing a $30,000+ bike to a $3,000 bike is quite the spread needless to say.

In the first airbag design below, the airbag is position directly in front of the handlebar and is C-shaped to fit around the gauge cluster. Support comes from mounting it to the bracket that holds the gauge display. 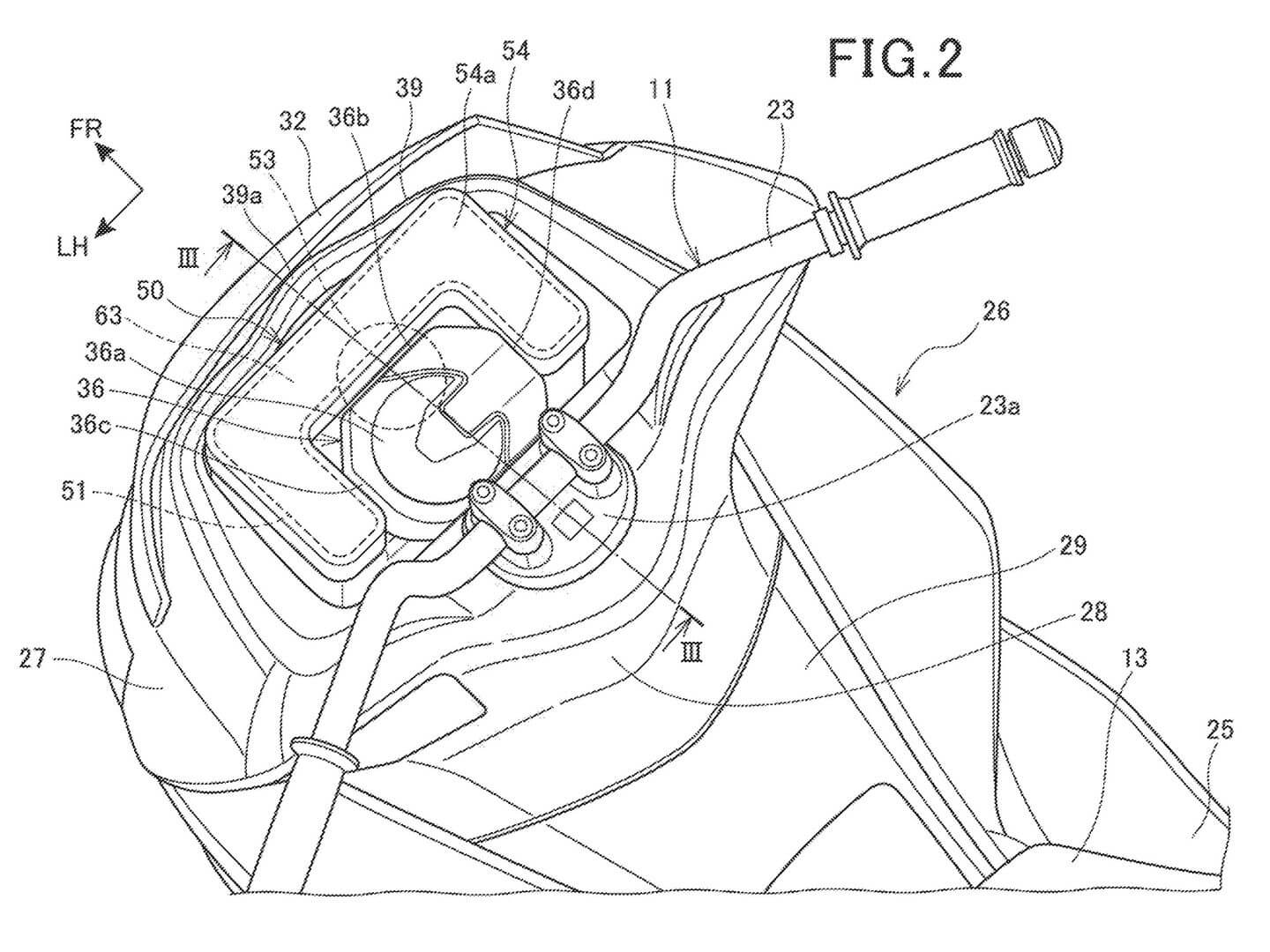 Then for the second airbag design (below), the airbag unit is mounted a little further forward, in front of your gauges and hidden under the windshield. That creates a problem though when the airbag expands and it looks like Honda’s solution is to allow the windshield to move forward as the bag inflates. 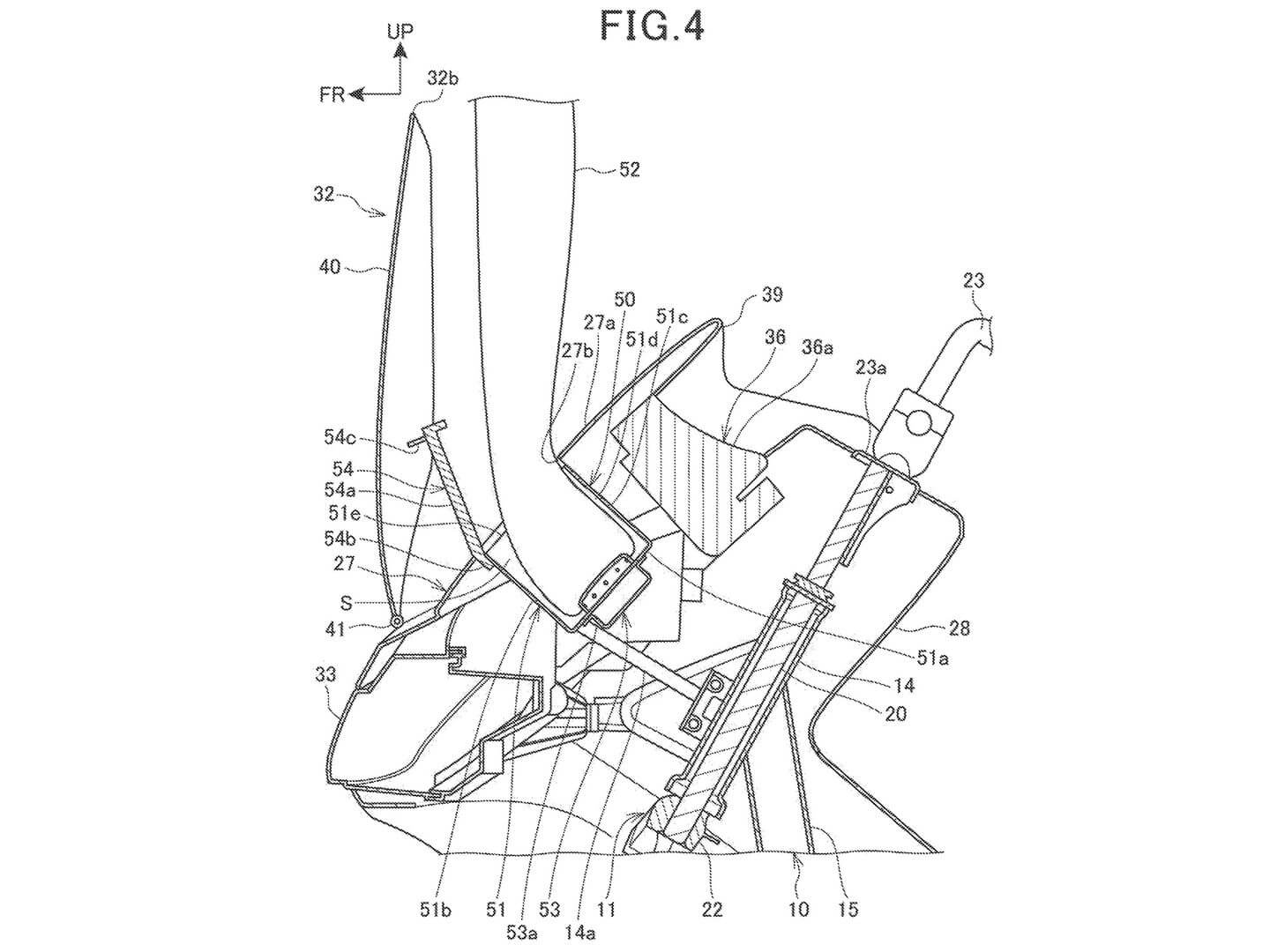 Then we have the third airbag design (below) which looks to be the easiest to retrofit, kind of. This option mounts the airbag directly to the handlebars which is definitely easier but then you have to worry about it potentially being in your way and you also have the external inflation tubing that connects the airbag unit to the collision sensor etc. 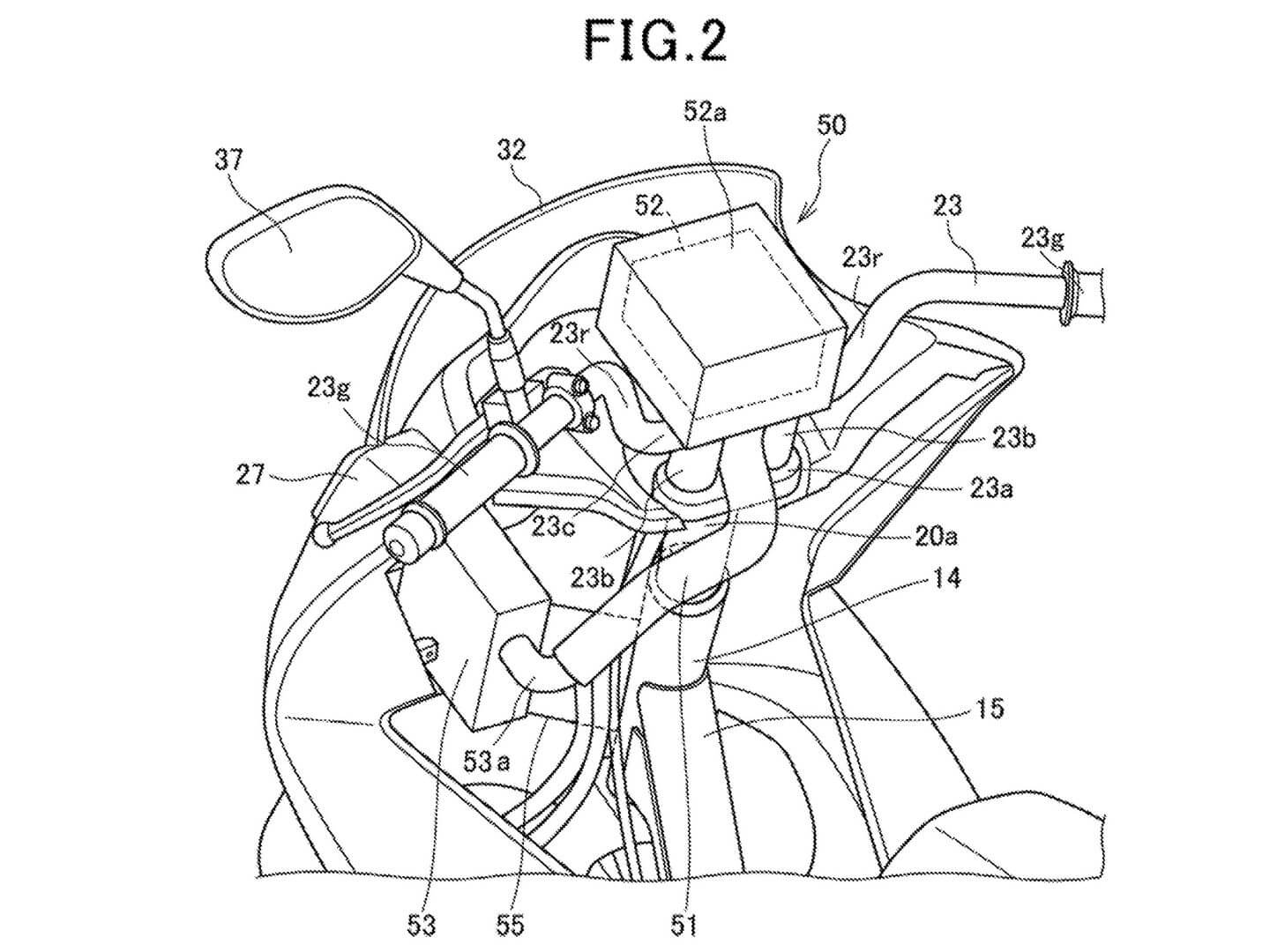 They all have their pros and cons for sure but what do you guys think about them? Which option do you like more or are you not a fan of how any of these may stack up in the real world? I can’t say that I’ll be jumping head first into these when the time comes but I am super curious and interested to see how all of these comes to fruition, if it does at all and just how it can and might be implemented into Honda’s other motorcycle models etc.