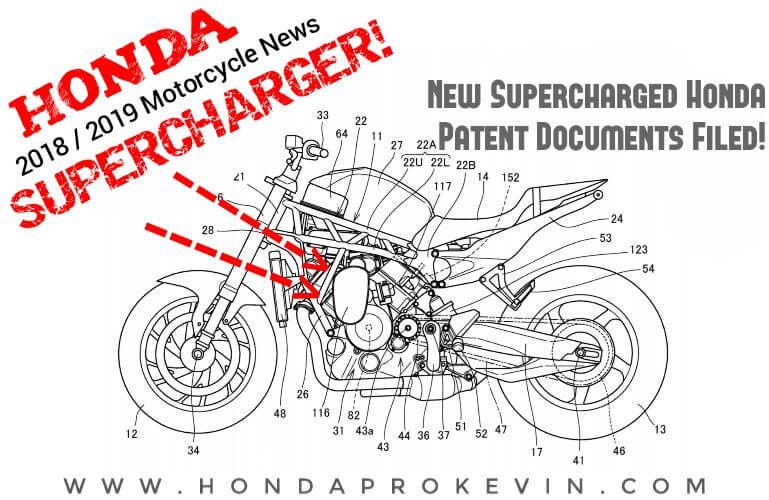 Could 2018 or 2019 be the year of forced-induction motorcycles from Honda again? Could history be repeating itself but with better technology?

This isn’t Honda’s first merry-go-round with filing patents on a supercharger setup for a motorcycle and I’m sure it won’t be the last but it’s been a couple of years since Honda last filed one of those patents and their layout / configuration has changed since the first drawings. Could this mean we’re edging closer and closer to Honda offering a supercharged motorcycle for 2018-2019? A supercharged sport bike? Supercharged cruiser etc?

Why would Honda throw a supercharger on a bike? Supercharging not only increases horsepower with limited engine displacement but also has many other benefits you can reap. More importantly, supercharging helps lower emissions and improve fuel economy and that seems to be the more pertinent reason for developing such technology rather than just another powerful engine as I don’t see another horsepower battle between motorcycles like we had almost two decades ago (man that makes me feel old). Thanks to future emission regulations that are becoming increasingly strict year after year, I bet it won’t be much longer before we see more and more of the motorcycle manufacturers start pushing towards building more and more supercharged and turbo motorcycles to provide cleaner and more efficient bikes. We’re only days away from the 2017 Tokyo Motor Show and weeks away from the EICMA 2017 Show too, who knows… Maybe Honda will have a concept bike with this technology on display to test the waters and see how the public accepts it etc. While we’re on the topic of those motorcycle shows and what will be on display or unveiled as far as new motorcycles, check out the new Honda Neo Sports Cafe bike by Clicking Here that I just posted the Sneak Peek video on a couple of hours ago. Oh and one more too, check out the 2018 Gold Wing DCT / F6B Pictures by Clicking Here that were leaked and ruined the big unveiling it was supposed to have surprising everyone at the Tokyo Motor Show on 10/24/2017. Honda is also working on a lot of other technology too where it comes to motorcycles and the engines that send them down the road – how does Hydrogen Fuel-Cell technology sound? Would you ride an electric / hybrid motorcycle that’s powered by hydrogen? Check out more details on the patent documents Honda just filed for the Hydrogen Fuel-Cell Motorcycle by Clicking Here.

What are your thoughts on Honda starting to throw supercharger “kits” on motorcycles? Do you like that idea more than another turbo Honda motorcycle in the future?

Secretly, I want a repeat of the later 90’s and early 2000’s where the manufacturers got in a horsepower war and kept outdoing each other with absolutely insane sport bikes. Horsepower and speeds that had never been imagined before. Honda wanted to beat Kawasaki with the ZX-11 and hold the fastest production motorcycle on the planet so they brought out the CBR1100XX dubbed the Blackbird and then Suzuki got involved with the Hayabusa GSX-R1300 etc and then the fun was put to a halt. I won’t bore you guys with the story as I know many of you are familiar with it and the outcome. How cool would it be to see Honda build a supercharged CBR sport bike to go after the Kawasaki H2R for 2019. Ahhhhh, now that’d be awesome! (Don’t burst my bubble, I know it’s not going to happen haha).

Thanks as always for checking out the site guys! If you liked this sneak peek post into what we might see from Honda in the future with supercharged motorcycles please slap that “Like” and Share button. 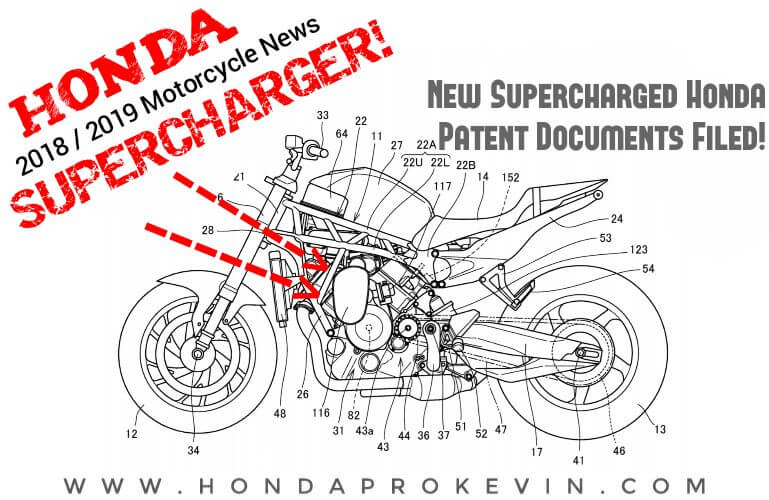