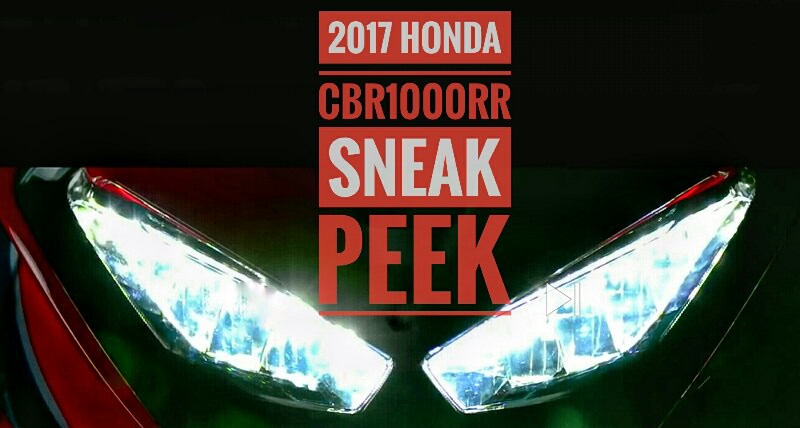 If you follow my blog you will have noticed quite a few posts covering sneak peek spy photos of the 2017 CBR1000RR that showed we had something to look forward to with new changes and upgrades on the horizon.

You would have also read from previous updates that Honda officially announced the New 2017 CBR1000RR would be unveiled at the 2016 Intermot show slated for October 4, 2016. To get people excited for the official release date of the 17′ CBR1000RR, Honda has slowly released videos giving us a tease at what to expect for their baddest 1000cc CBR Sport Bike to date.

I’ve posted these videos spread out across multiple posts over the last few week’s but to make things easier for new-comers to my blog I wanted to slap them all together in one post. It’s also a reminder that we are less than 24 hours away from seeing the 2017 CBR1000RR in its full glory!

Who else is beyond excited for the 2017 CBR1000RR announcement at Intermot?