Everybody is hunting and digging for more information, pictures, videos etc on the All New Adventure Motorcycle from Honda – The 2016 African Twin CRF1000L, so I thought I would share these videos and pictures below if you haven’t already seen them yet. The videos are fresh out of the editing room and just posted on YouTube September 14, 2015.

What is one of the many perks of being a factory rider / racer for Honda? Getting to play on new motorcycles like this before the public or press can even get their hands on them! Team HRC Dakar rider Joan Barreda and double MotoGP champion Marc Marquez have been among the first riders to give Honda’s new CRF1000L Africa Twin a thorough workout. 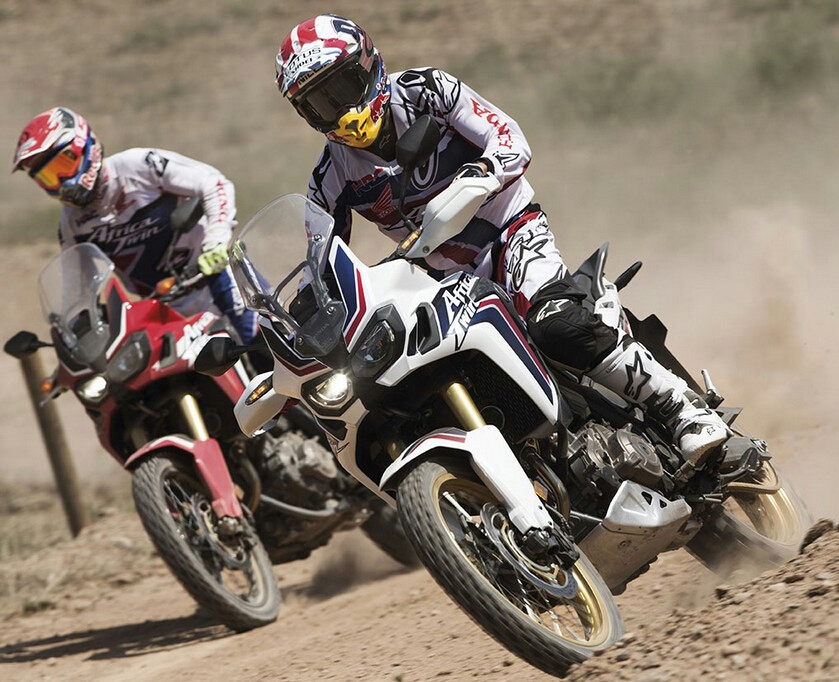 The videos below were filmed in northern Spain, they show unique footage of the two world class racers riding Honda’s eagerly-anticipated full-size adventure machine in both its manual and Dual Clutch Transmission (DCT) versions of the CRF1000L Africa Twin.

Below, take a look at Marc Marquez and Joan Barreda putting the Africa Twin through its paces whilst on development runs of the new Honda CRF1000L Africa Twin: