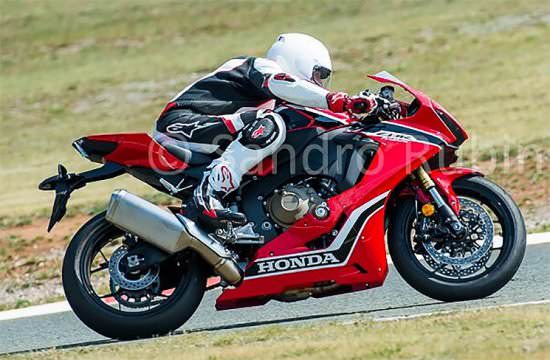 Thanks to the photographer that goes by the name @srubinic on Twitter… We have our first glimpse into what changes are on the horizon for the mac-daddy 2017 CBR1000RR! Yes yes, I know… I’m a few days behind on this 17′ 1000 RR story as far as the leaked pictures go (to make up for it, I have new info just released by Honda today) but I have a good excuse as I’ve had my head buried in other motorcycle news stories like the new X-ADV, CB4, CBsix50 and other changes to the site etc. No excuse though, I’ll slap myself around so you don’t have to. Enough of the rambling though, let’s get to why you’re here and dive into this 2017 CBR1000RR story…

As I’m typing this, Honda just released a New 2017 CBR1000RR Video TODAY! On September 20, 2016 (below). In the video below you can hear the 2017 CBR1000RR exhaust clip which is obviously an inline-four so we know it’s not going to be the V4 bike Honda has been filing patents on recently. That’s about all we get from the video though other than them announcing the official release date for the 2017 CBR1000RR which is slated for October 4, 2016.

Nothing! Absolutely nothing. Haha. Seriously though, we know absolutely nothing at this point when it comes to detailed specs and or information on the 2017 CBR1000RR. The only thing we have to go off of at this moment are the pictures that were snapped at the racetrack during what looks to be a media photo-shoot for a promotional video (edit: video has now been released) and or pictures etc to release when Honda officially unveils this new CBR1000RR for 2017. The story behind some of the pictures are kind of odd as he says he had to snap these pictures behind fences etc and wasn’t allowed to actually get behind-the-scenes where everything was going on but you can tell some of these pictures were snapped in what appears to be a decently close proximities without any fences. Who knows though, maybe myself and some other guys that caught some of the fine-details like that are reading too much into it.

If you pick apart the “spy photos” taken of the 2017 CBR1000RR and compare them to the previous generation CBR1000RR you’ll see there are quite a few similarities. That’s not saying a lot though as there could be substantial tweaks behind the engine cases and of course on the electronics side of things we don’t know what Honda could be hiding beneath the fairings on the 2017 CBR1000RR. Thanks to the guys at Asphalt & Rubber for taking the photo below and pointing out some of the similarities for those that don’t stare at these things on a daily basis and can point out the things that look different versus similar without even blinking an eye.

If you’re not overly excited about this news on the up-and-coming 2017 CBR1000RR… Don’t forget that the big-wigs at Honda hinted that they will be building more than one model variation of their 1000cc CBR-RR model in the near future. This could just end up being a visually refreshed version with nothing more than updated plastics etc and the King of all CBR models are still in the works and if that’s the case I can see Honda being a lot more careful than they did with this outing to make sure no sneaky photographers can catch any spy-photos of the rumored V4 CBR / RVF. Honda will do everything within their means to make sure the lid stays closed on that bike if and when it gets closer to production…

What do you guys think? What changes do you think Honda has been able to hide if any from us on the 2017 CBR1000RR? 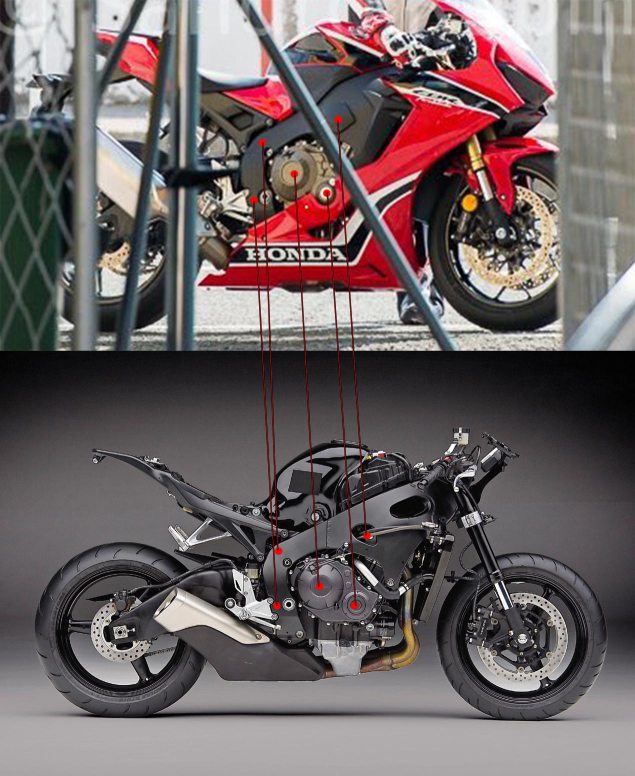