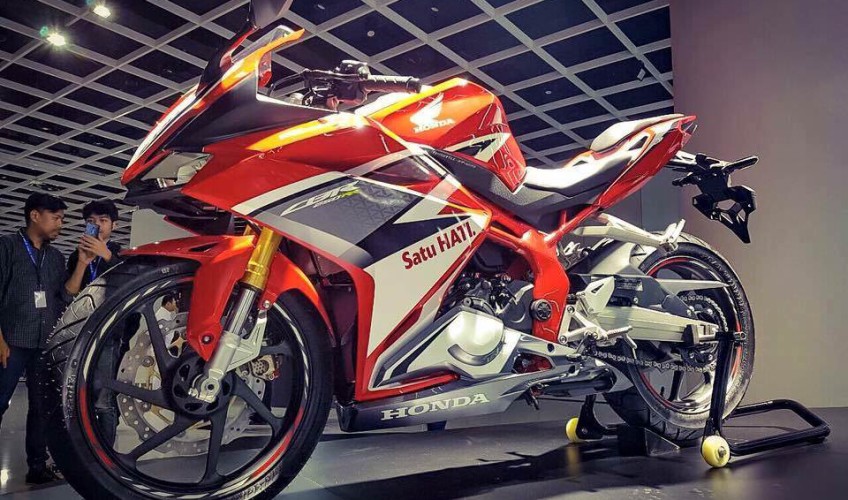 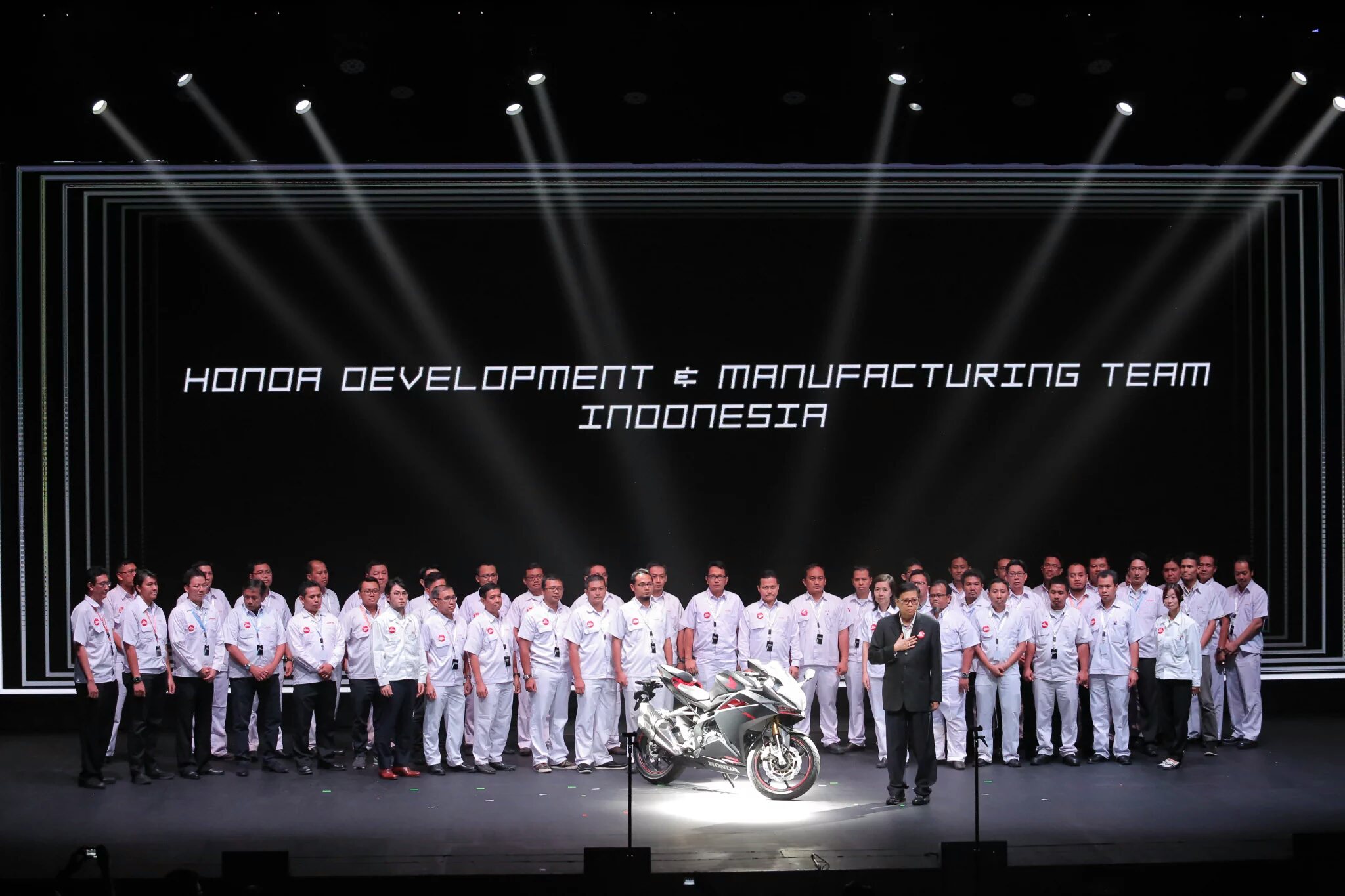 It’s FINALLY Official! Honda has let the cat out of the bag on this all new 250cc SuperSport CBR! If you have been hiding under a rock the last year, you may have missed all of the hype about the “Light Weight Super Sports Concept” motorcycle that Honda unveiled last year at the Tokyo Motor Show. Honda teased us with not giving any details on the bike and of course this meant that rumors went soaring into the inter-webs with people hoping and guessing what might come to be of this concept motorcycle. There was no guarantee that we would even see it as a production motorcycle as I’m sure you know that the majority of concept and prototype motorcycles never make it to that point to where they roll off the production line. Want to check out all of my past blog posts from the Tokyo Motor Show up until now regarding the CBR250RR and what happened before today’s official release? Click Here for all past 2017 CBR250RR blog posts.

Alrighty, enough of my rambling! Let’s get to what we know about the 2017 CBR250RR at this time…

The CBR250RR will be manufactured in its major market, Indonesia, making it the largest displacement Honda motorcycle to be manufactured in the country. Honda plans to begin sales of the all-new sports model in Indonesia by the end of 2016. Honda is planning to release the CBR250RR in Japan at a later date. “Indonesia was chosen as the first country in the world that manufactures and launches model flagship Honda in category supersport this. This is clear evidence of the nation’s work has met international standards and compete in the global market,” said Executive Vice President Director AHM Loman.

Is the 2017 CBR250RR coming to the USA? Nobody knows… Well, someone does but not anyone that is willing to open up their mouth and say so just yet. Personally, I hope it comes to our side of the pond. Actually, let me go ahead and get my begging out of the way and kiss a little butt… Please Honda: If you’re reading this, I need this bike in my garage! Thanks to this “leaked” picture above of the 2017 CBR250RR spec sheet we finally have the exact performance numbers for the all-new CBR 250RR! Here’s what we’re looking at when it comes to the 17′ CBR2500RR HP & TQ figures:

The CBR250RR is powered by a newly developed water-cooled 4-stroke 4-valve straight-twin DOHC 250cc engine, which aims for class-leading output performance. The engine is easy to handle for urban riding, while it is just as comfortable on the circuit, with smooth output characteristics across the entire revrange. In addition, its Throttle-by-Wire (TBW) system and selectable 3-way engine mode settings allow the rider to tap into its linear power output at will, for a superior, solid acceleration.

To make the engine very compact, many technologies were applied such as laid primary driver gears for the cam chain, oil pump on the right side that is integrated with the machine, the respiratory machine behind the cylinder, and put a water pump in the cylinder head as applied in RC213V. The width of the new 2-cylinder engine is almost identical to the one-cylinder engine in the same capacity, thanks to the technology applied in this new 2017 CBR250RR engine.

Another significant part in the layout of the power unit is Downdraft air intake. The air filter was removed from its usual position behind the cylinder and is now placed above the cylinder, the air intake has reduced resistance and provides optimal flow throughout the speed range.

To offer optimal control in any situation, Honda has implemented the latest technology that is throttle-by-wire , known as TBW. The 2017 CBR250RR is the first model in its class to have a TBW system. This feature helps bring in a more precise feel when rolling on the throttle compared to its counterpart.

The Accelerator Position Sensor (APS) detects and automatically sends electrical signals to the ECU. This system is also applied to the RC213V.

The CBR250RR’s front face inherits the CBR series’ identity with its dual-LED headlights, enhancing its strong, fast and exciting image. The sharp wedge-shape leading from its low, long nose to its high, acute tail inspire awe in the eyes of the onlooker.

The styling of this model adapted from the evolution of each function together with the latest technological development. Their design theme “Speed Shape” presents an attractive and functional appearance that gives a pleasurable riding experience before you’re even moving. 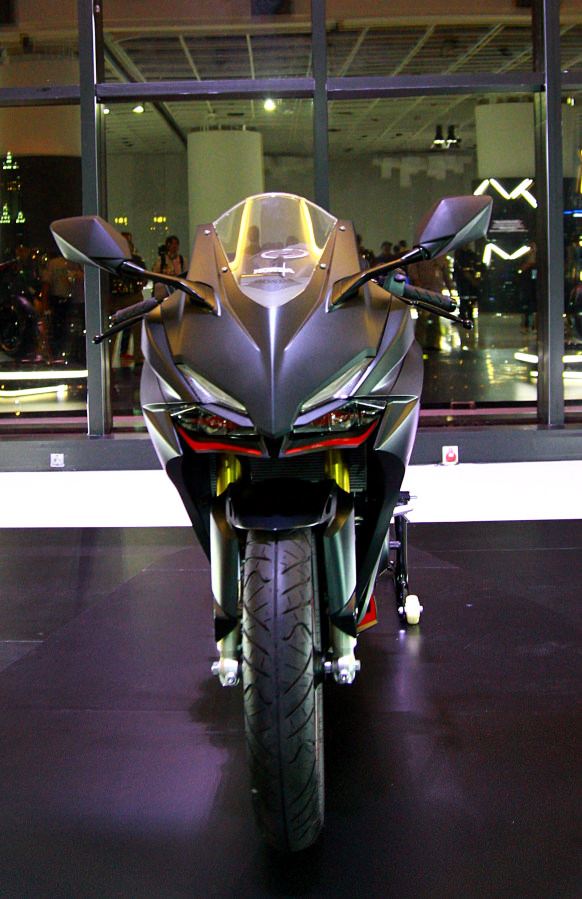 Sharp lines are seen starting from the bottom, the front to the rear silhouette are tapered to present an aggressive presence.

Honda is tapping into their recently adopted “layered cowl”, to optimize the flow of air while riding to better aid the engine cooling process and also contribute to optimal control and feedback. In terms of design, Honda has always given priority to the results of each function, so the styling is determined through a deep understanding of the function of each part. Styling fundamentally contributes to the motorcycle when maneuvering. Honda makes the design from the outside, then proceeds to the frame, the engine and the suspension.

The frame design features the latest steel pipe structure to ensure strength and flexibility while helping in stability for optimal control.

The swing arm type is a gull-arm made of aluminum through the process of Gravity Dies Casting (GDC) which results in a reduction of the overall weight. It also helps with the exhaust layout to be closer to the center of gravity while still optimizing the tilt angle when maneuvering. The swinging arm connected with the main frame using Pro-Link suspension.

The front suspension is an inverted fork from Showa with the size coming in at 37mm that helps reduce the un-sprung weight.

The CBR250RR 7- spoke wheels are designed exclusively for this CBR with the emphasis in weight reduction.

Honda will also have CBR250RR apparel available by the end of 2016: