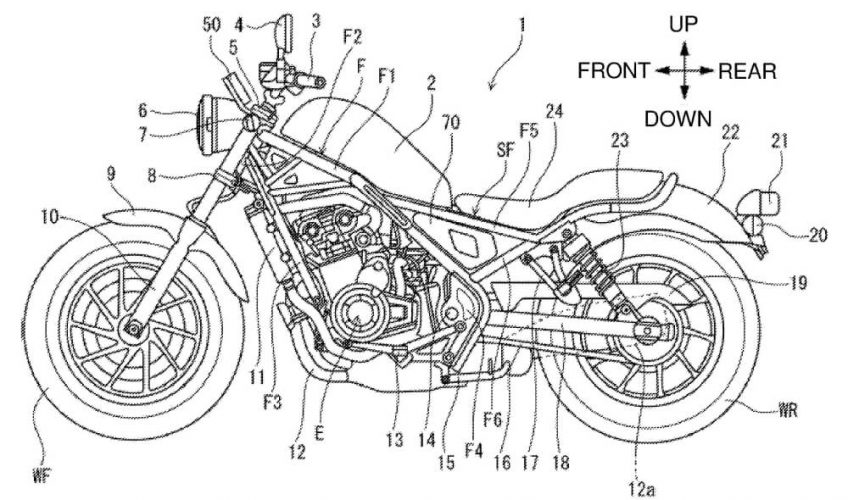 The cat is out of the bag… Honda is working on throwing some changes at the Rebel 500 / 300 cruiser motorcycle lineup and it could be coming for 2020! The reason I say “could be” is because we don’t know with 100% certainty at the moment but the odds are stacked in favor of the changes coming for 2020 as they haven’t announced the 2020 Rebel models just yet. They could be holding out due to the changes and unveil them at the 2019 EICMA show since the Tokyo Motor Show has already passed, which we’re only days away from, or it could just be that’s how they wanted to time the release of the 2020 Rebel in conjunction with the other models and their timeline etc and there be no changes at all for 2020. 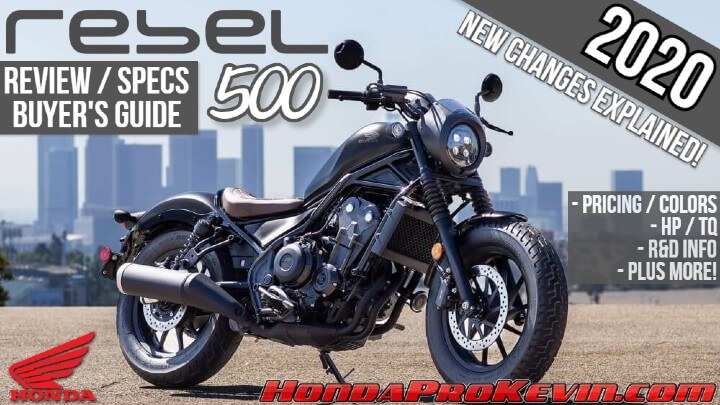 First up will be the seat. The first generation Rebel 300 / 500 that was introduced in 2017 has a single, solo seat setup and if you wanted to carry a passenger you had to burn a little-bit of money in Honda’s accessory catalog to add the passenger seat. The vast majority of people I’ve dealt with since the Rebel’s release, didn’t like that feature. It looks like they may be ditching that idea and going with a standard “banana” seat, so you don’t have to pay more money on top of your original purchase to bring a passenger with you.

Next up is the rear subframe for the 2020 Honda Rebel. It looks like they’re making it to where you can add the cargo rack onto the bike without having any of the mounting hardware snake around the sides like on the 2017-2019 Rebel models. Now it’ll slot into the rear subframe cleanly. Honda is also looking to change up the gauges and gauge placement. On the 2017-2019 Rebel, the gauges are mounted right on top of the handlebars whereas the patent documents show the new gauges to extend forward like most other cruisers / motorcycles. Then you also have some styling changes with a little scoop here and there to change-up the aesthetics on the bike. What do you guys think about the changes we can see so far? At the moment, I don’t have anything concrete as far as engine changes for the new 2020 Rebel 500 and 300 models or suspension etc but we do know they’re making changes to the frame so it’s going to be interesting to see how far they want to go with the next-generation Rebel model lineup and if we’ll see this new 2020 / 2021 Honda Rebel 1100 thrown in the mix too…