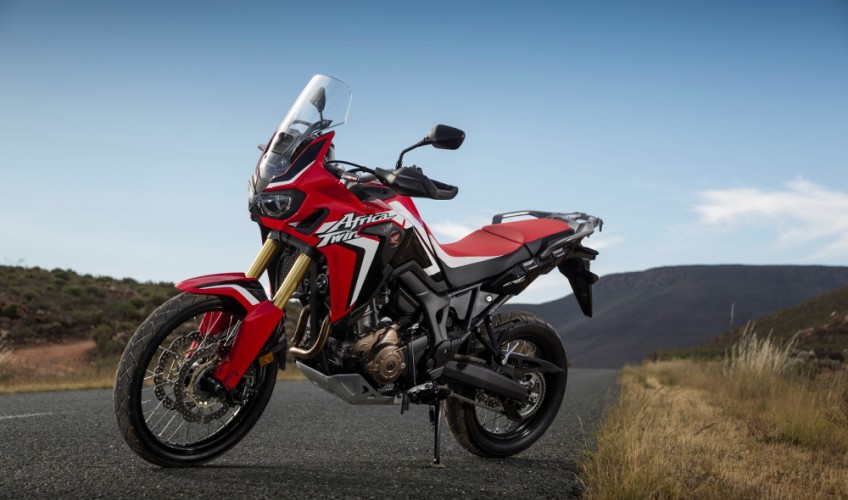 If you’re one of the many many people in the USA that have been following the release of the All New 2016 CRF1000L Africa Twin, you might enjoy this update…

Honda, up until today (January 29, 2016) has kept saying the release date for the Africa Twin 1000 was this “Spring”. We didn’t have an exact month to help hold us over and being an understanding motorcycle fanatic myself – I could understand why some people were getting frustrated when they couldn’t find out a more detailed answer than “this Spring” as a response to the official release date. The fact that man y other countries across the pond started getting their Africa Twin’s delivered to them in December but the upside is now you have tons of reviews to read whether it be from owners on some of the Africa Twin forums or from select magazines overseas etc.

Dealers in the USA will get to start placing their orders for the 2016 Africa Twin CRF 1000 on Monday, February 1st, 2016. Honda will then inform dealers of how many Africa Twin models they are allotted in March. Then, the official release date for the CRF1000L Africa Twin in the USA will be in May of 2016 and that’s when you will finally see the Africa Twin in stock at dealers across the USA.

Allotment numbers haven’t been release yet as they won’t be displayed until March but I’m betting the first shipments of the Africa Twin will be extremely limited… If you want to gurantee you get one on the first batch to hit US shores, you may want to contact a dealer ASAP. If you don’t “have” to have the first one then of course you have nothing to worry about. Some locations across the USA may not run into any availability issues when it comes to the new Africa Twin but if it’s anything like the Honda Grom, Pioneer 1000, Pioneer 700 etc there were a lot of customers that had to wait months to get their hands on one at majority of dealers due to their popularity.