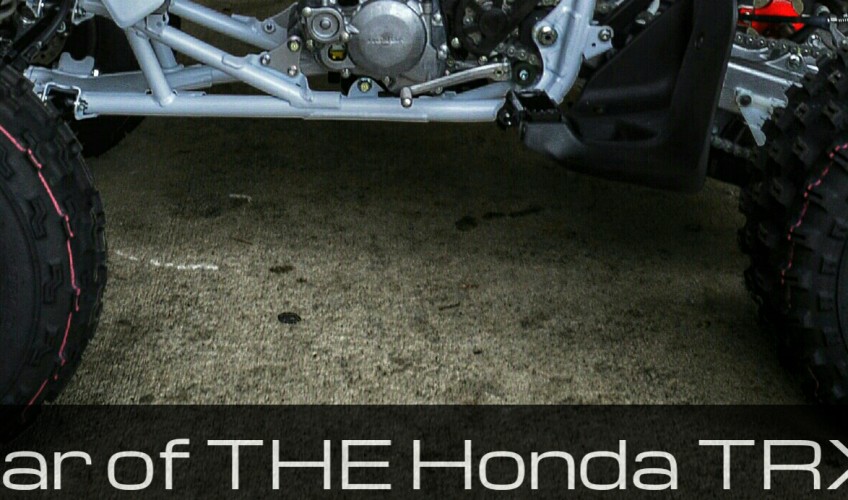 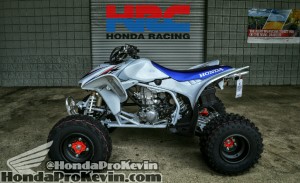 Who’s ready for Honda to redesign and throw some Updates / Upgrades on the 2016 TRX450R? 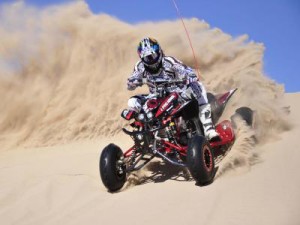 Personally, I am! Don’t get me wrong, the TRX450R is still a very potent and fast sport ATV / quad but it is getting… Well let’s admit – dated. Especially when comparing to the latest and greatest from the competition. 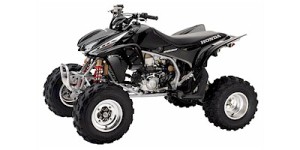 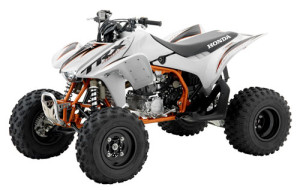 Since it’s introduction in 2004, it has been widely accepted and used by not only the public but by race teams as well. The TRX400EX (now known as TRX400X) was a very capable machine but it wasn’t “enough“. It wasn’t enough horsepower or enough suspension travel to keep those go-fast junkies and race teams happy. The TRX450R received minor updates and upgrades in 2006 that were widely accepted as it made an awesome machine even better. To this day, in 2015… The TRX450R still hasn’t received any changes aside from colors and the usual BNG (Bold New Graphics) that we’ve all grown so accustomed to since the economy tanked in 2008 and sales went barreling down to the worst they’ve been in MANY years. In 2007 Honda decided to up the displacement in their Sport ATV model lineup and introduce something that caught us all off-guard. The Honda TRX700X. Its sales were lackluster to say the least and that’s why the model was discontinued in 2009. The only time the TRX700X had a positive bump in sales numbers was when Honda put massive rebates (Bonus Bucks) on them allowing us to sell them for a measly $3,999 which was crazy when you look it at it now. Bang for the buck was awesome to say the least as now that amount of money will only buy you a discounted TRX250X (previously known as TRX250EX). 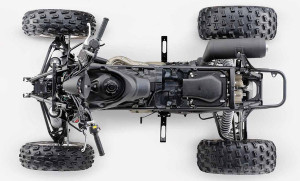 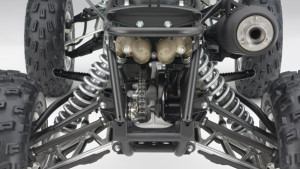 The TRX700XX never really put a dent in the TRX450R sales as it wasn’t any faster and spec for spec couldn’t hold a candle to it. For a trail model though, it was a blast and very fun to ride. Due to its IRS (Independent Rear Suspension) it really did soak up the bumps and added ground clearance was a bonus. 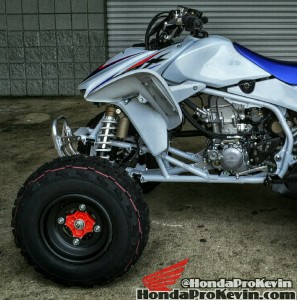 Like mentioned above, the TRX450R was introduced in late 2003 as a 2004 model. We were all hoping for its engine to mainly be derived from the CRF450R but that was faaaar from the case – sadly. 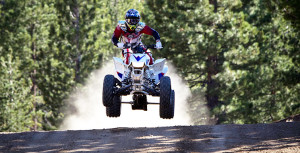 Sport ATV sales have declined year after year with thanks to the growing SxS / UTV / Side by Side market snatching up many many prospects that walk into the showroom. Another thing I think that hasn’t helped the TRX450R as far as sales are concerned is with a used 2006+ TRX450R you can essentially have the same machine as a 2014 but at half the price. There needs to be a new updated version of the TRX450R to get people excited again about the idea of having to spend their hard-earned money on a new model that has an MSRP starting at $7,799. 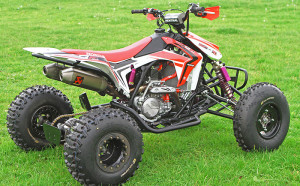 Last year the CRQF 450 Sport ATV / Quad (pictured above) started drawing quite a bit of attention as part of an April Fools Day joke from a few magazines and articles posted online. They claimed it was going to be the new 2015 TRX450R and had the 2015 CRF450R engine swapped in it among many other things. This is reason #1 why you can’t believe everything you read on the internet. It was stated that it was a joke very clearly by the major magazines but some people like to try and run with things to see how far they can make a rumor go. 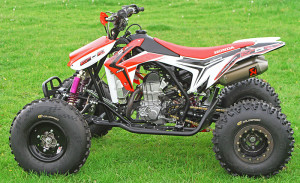 The CRQF 450 is the brainchild of Gerben Vruggink and is a Dutch built ATV / Quad that is race ready and built for competition MX racing. They are no stranger to building bad machines as they have gotten their experience from years of racing what is known as the most grueling off-road race known to man… Dakar. They spared no expense with the design and build of this awesome piece of machinery. 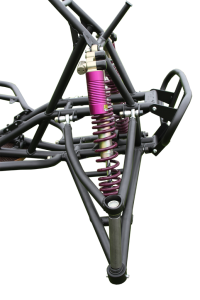 If you haven’t checked out their website, I recommend you do by clicking over to www.CRQFquad.com . 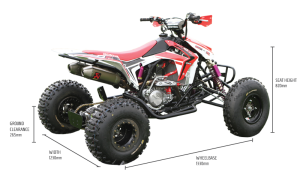 It’s no wonder so many people actually believed that this could have been the latest and greatest 2015 TRX450R from Honda when the rumors started rolling. Honda has the power and the ability to build something along the lines of this beast. Is it worth the R&D money though? That is what the big wigs at Honda have to weigh out and see, otherwise they have no excuse to do so. If we, the public, do not buy new units then we can’t expect them to think it’s worth the expense to build something better than the current generation TRX450R. 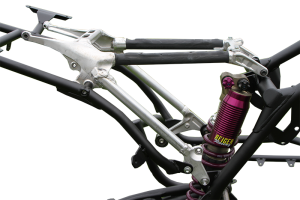 It’s similar to what is going on right now in the Sport Bike / CBR market. Sport Bike sales in the supersport CBR600RR / CBR1000RR market segment have plummeted year after year now for quite some time. Some would say because they haven’t done anything to get them excited and back into their local dealership to spend their hard-earned money. You have to look at it from a business standpoint. Honda is a business and they are in this business to make money. Sure, they are in a “fun” business that is the PowerSports industry which is nothing but toys but they have to make money. If they don’t make $$ money then they can not sink millions into R&D to create the baddest motorcycles & ATVs around. If a current segment of the market isn’t doing well and hasn’t for years we can’t expect them to keep pouring money down the drain. 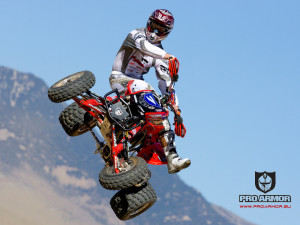 Right now the booming corners of the market are affordable motorcycles that get exceptional gas mileage, adventure and dual sport motorcycles, side by sides / UTVs etc. That is why you see Honda pumping out more and more models that fit into these categories instead of their sport ATV / Quad model lineup. 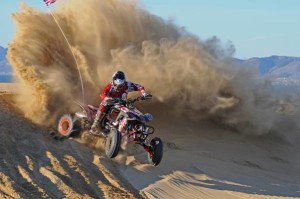 As someone on both sides of the fence, I can understand both sides of the argument. One being that people want something “All New” to get them excited to spend their $$ money. As a customer and consumer myself I can understand the average publics opinion here as I have to be pumped up and have a serious “want” for something before I’ll buy. I say “want” because let’s face it, these are toys and not necessities that we have to have – even though we like to make ourselves think we “have” to have that new toy haha. Then you have Honda’s side of not wanting to spend big money on a segment of the market that is extremely and I do mean extremely small in the big picture when comparing to Honda’s model lineup and the world market. 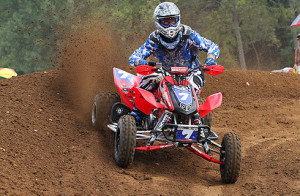 It’s a long shot but here’s to hoping Honda has something in the works for 2016 that involves throwing the 2016 CRF450R engine into the TRX450R. If not 2016, please Honda, pretty please throw out all the stops and give it to us for 2017. I believe I’m correct in saying the average public won’t mind an extra year of waiting if that means we get the BEST of the BEST again. Bring back that “Follow the Leader” slogan! It won’t be much longer until Honda finishes up on their 2016 model announcements so everyone keep your fingers crossed. 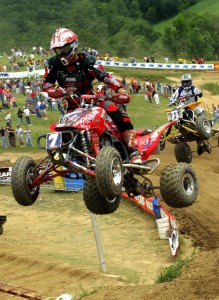 While we wait patiently to see what Honda does for the future with the TRX450R, take some time and check out how the race results stack up for the quote-un-quote “aging” model. For a machine that hasn’t been revamped in years, it is still an extremely capable sport ATV that pulls in more and more podium finishes week after week in many different forms of racing across the USA and world. 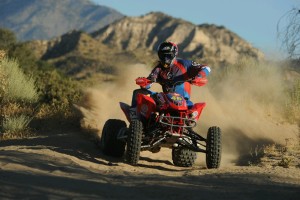 Mr. Honda (Soichiro Honda) said it best with his quote “If Honda does not race, there is no Honda“. That still holds true today as Honda is still involved with racing and is involved with more forms of racing than any other manufacturer. The TRX450R has been winning races since day one from one end of the racing spectrum to the next whether it be Baja, GNCC, National MX / Motocross, WORCS – the TRX 450R has shown it is a beast when the green light says “go” and is still the ATV / Quad of choice if you want to win or be a contender for the podium. Even though it has relatively unchanged since its creation, it is still a top choice for non-factory Pro racers and amateur racers too. It may not have the highest horsepower rating in its class but at times it isn’t horsepower that wins a race. All that power doesn’t do you any good when you have questionable reliability and have problems reaching the checkered flag. 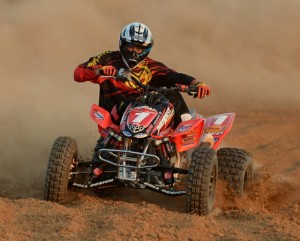 Maybe we should start a petition like 1,000’s of people did a couple of months ago begging Honda to bring the 2016 Civic Type R (CTR) to the USA haha. I’m just joking of course. I’ve got my $$ waiting personally as I’d love to add another sport ATV to my garage so here’s to hoping…

What do you think? What upgrades / changes would you like to see on the 2016 Honda TRX450R? Would you be content with waiting until 2017 if that meant Honda really stepped it up like they did in 2004 when going from the TRX400EX to the TRX450R?

Until next time, here’s a few custom Honda TRX450R pictures that were built to do what Honda designed it for – Race! Have some cool TRX450R pictures? Post them up below in the comments section. 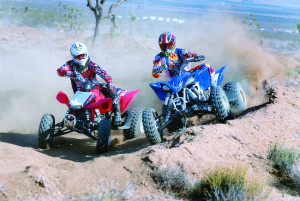 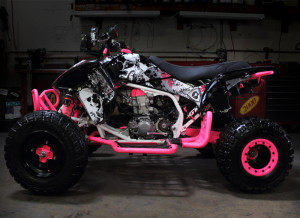 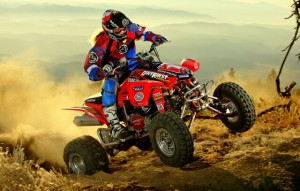 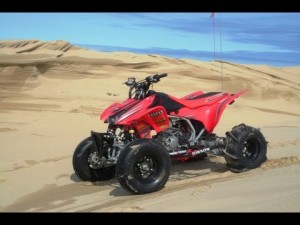 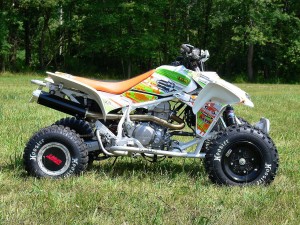 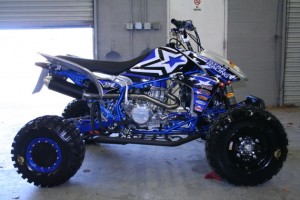 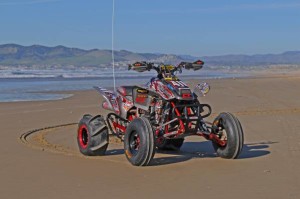