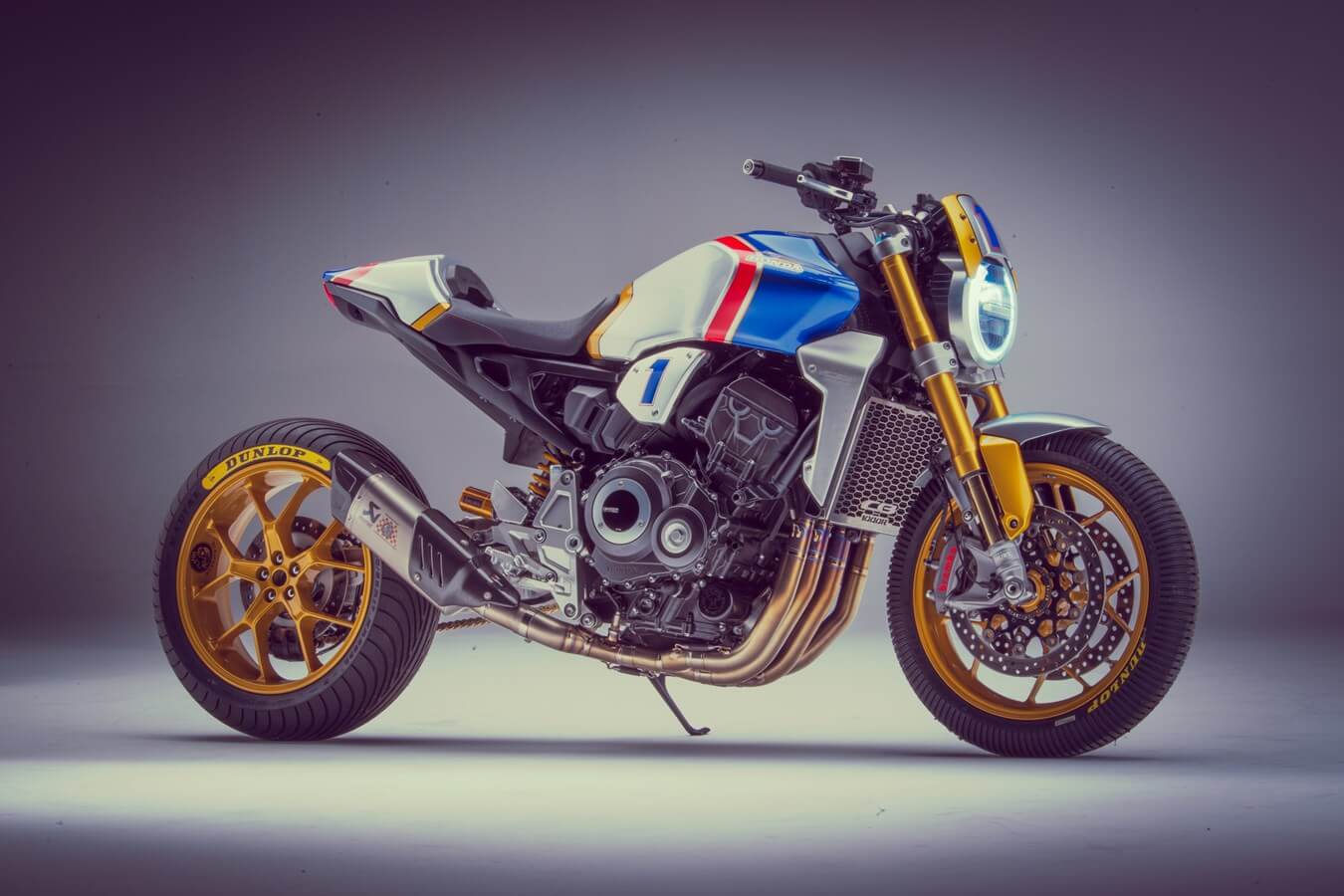 Wow! Sadly, that’s the best word I can find right now to explain this customized 2018 CB1000R built by Honda Racing which has been dubbed the ‘Glemseck CB1000R’.

If you’re not familiar with the All-New CB1000R from Honda that was originally released as the Neo Sports Café concept motorcycle then you need to check it out by Clicking Here. Even if you’re not a big naked sport bike / streetfighter motorcycle fan this is one that may change your mind like it did mine. I’ve always been more of a full-fairing CBR type fanboy but the CB1000R has changed my mind, especially in its concept form as the Neo Sports Café but even more so with the production ready CB1000R customized with all kinds of parts and accessories to really send it over the edge and put it on an entirely new level.

It’s not only absolutely B-E-A-UTIFUL but it is still fully functional and capable bike that you can ride on the ragged edge with the caliber of parts thrown its way which is the polar opposite of most custom sport bike builds as usually form over function is the motto followed. Don’t get me wrong, there’s nothing wrong with having styling as your #1 priority when building a sportbike – it just doesn’t float my boat as I’m a function over form believer 99% of the time. I still like for something to look good at the end of the day, it’s a win win when you can have a motorcycle that’s still sexy enough that you can just sit back and stare at so that’s why I left that 1% out so I can tick that box of the build too haha! 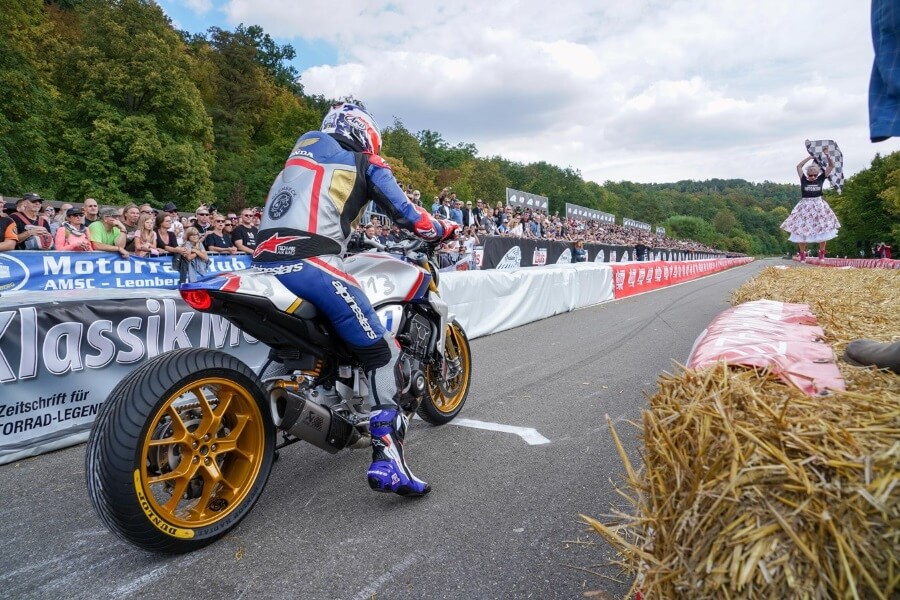 Enough rambling though, let’s get to more details on this CB1000R’s custom parts and accessories as that’s why you’re here. This CB1000R was built by Honda Racing in the UK for entry in the ‘Sprint International’ race and to be piloted by the man himself, the legend, 5-time 500cc GP World Champion Mick Doohan.

Honda Racing went to work and grabbed the CBR1000RR SP (Fireblade) Öhlins suspension front and rear, bespoke swing arm and clutch, the best in the business for exhaust systems was sourced by Akrapovic exhaust. They didn’t leave a page unturned as with adding more horsepower to the CB1000R and the best suspension in the business means that you’re going to be carrying more speed which in return means you’re going to need to step it up a notch in the braking department so they went with Brembo brakes like what’s offered on the current top-of-the-line CBR1000RR SP. Honda brought in Rizoma accessories for the CB1000R too and paired up with the beautiful gold and tri-color paint scheme really brings the whole package together to make it something you can stare at in awe after blasting through the twisties and the course at Glemseck 101 which is where Honda debuted this bike and put it to the test.

Opinions? What are your thoughts on this custom CB1000R build? Is there anything you would have done differently? The only thing I would personally alter would be the slight stretch in wheelbase as I’m not a big fan of that modification. Would you like to see something similar to this build for the 2019 Honda CB1000R? They could slap a couple thousand onto its pricetag and call it the 2019 CB1000R HRC edition (HRC = Honda Racing Corporation) or something along those lines. Hit the comment section below the pictures with your thoughts and let’s talk!