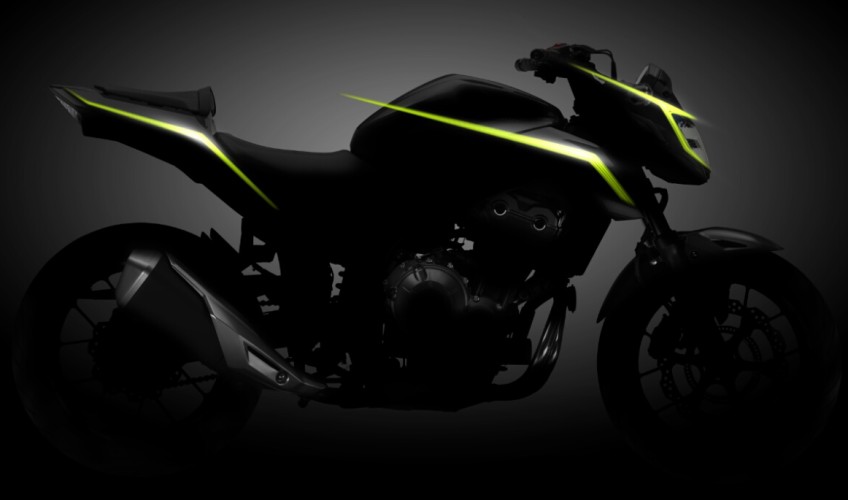 It’s time! We knew with the 2016 CBR500R & CB500X getting a makeover that odds were in favor of the 2016 CB500F receiving some changes too. As I’ve mentioned previously, I was betting Honda would hold off until the EICMA show to unveil the new CB500F and that’s their plan. Honda is doing what they did with the 16′ CB500X & CBR500R and teasing us with a couple of photos. This is something new out of Honda and personally I like this new way of releasing model information. It adds some excitement into the mix.

Here’s the official press release from Honda: Honda today released preview images of the updated 2016 CB500F naked bike. Armed with DNA from Honda’s flagship CB1000R, the CB500F boasts excellent maneuverability, a comfortable riding position and a versatile engine with great performance across the rev range. For 2016, the popular model gets a number of important updates that will be announced at its international and U.S. unveilings, scheduled for the upcoming EICMA (November 17-22) and Long Beach IMS (November 20-22) motorcycle shows, respectively.

It’s obvious the 2016 CB500F has a new LED headlight coming with similar treatmeat like the CBR500R & CB500X from the picture below. If I was a betting man, I’d say the other CB500F changes will follow suit with those on the other 500 models that you can read about here.