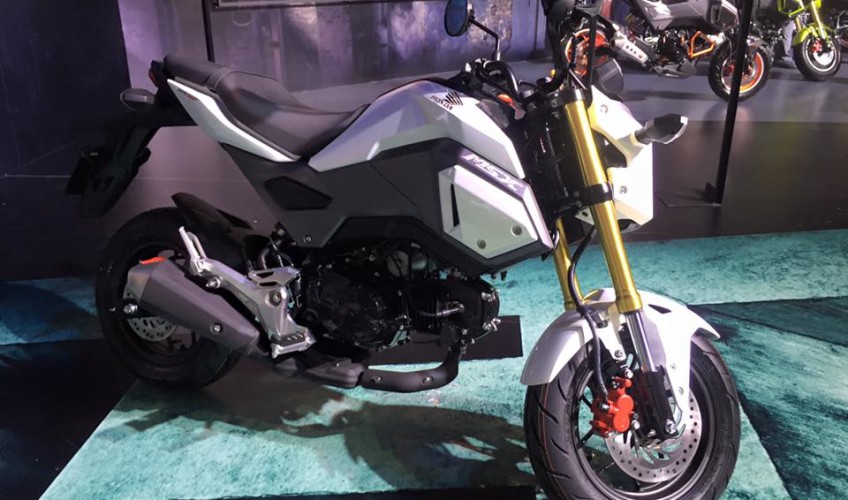 When will the 2017 Honda Grom be shipping to dealers in the USA? When will dealers have the 2017 Grom 125 in stock on the showroom floor?

Those are two of the biggest questions running through people’s minds the last couple months… Why? Because some are worried that the Grom could be discontinued in the USA as technically Honda did not build a 2016 Grom for us in America. A lot of the time we get jipped on cool motorcycles that never make their way to our side of the pond. Originally, we worried that would hold true again back in 2013 when Honda announced the MSX125 for 2013 overseas. When Honda finished up announcing the entire 2013 motorcycle lineup for the USA we did not get the MSX125 and many of us that follow bikes from other countries were bummed out. Thankfully, Honda made an announcement 6 months later in May of 2013 that we would indeed get the MSX125 in the USA but it would be called the ‘Honda Grom’ ditching the MSX nameplate. Honda did an early release for the 2014 Grom and let us get our grubby little mitts on this lil gem of a bike in August of 2013.

Fast forward to a few months ago and Honda starts announcing the 2016 motorcycle model lineup little bit by little bit. They don’t release all new model year info at one time, Honda will release them in batches so-to-say with a few models here and then wait a couple more months and release another batch etc etc. We get to the last round of 2016 motorycle model announcements and there’s no 2016 Grom… What! Why would Honda not build a 2016 Honda Grom? That was what everyone was asking. Want to read up on why I think Honda didn’t build a 2016 Honda Grom? I dive more into that with details and you can read that previous blog post by Clicking Here.

So now, we’ve established that there’s not a 2016 Honda Grom for the USA and people start to get worried that Honda will not be keeping the Grom in the model lineup. Honda then does a huge model release for the 2016 MSX125 (MSX125SF) with many changes and remember the MSX is the Grom… Rewind back to 2013 – Do you remember how I mentioned the 2014 Grom came 6 months after the 2013 MSX 125 was released? That’s important so pay attention children! History typically repeats itself… Honda announced the newly changed up 2016 MSX125 at the end of February 2016. Based on my ‘speculation’ guess what time frame 6 months after February puts us into? That’s going to put us into August / September of 2016 which is where I pegged many months ago that we would be getting the 2017 Grom released in the USA. Take that time frame and history in mind and you’ll see why I think this is when we’ll get the official release of the 2017 Grom 125.

Now, let’s fast forward to present day. It’s June of 2016 and still no mention of a 2016 Grom which is a given as it’s too latd in the model year to make an announcement, if the release the info now we’re still a couple of months out of releasing them which puts a 2016 Grom delivery date just a few months short of 2017 so that would make no sense.

Most important info from this post… Honda now shows the Honda Grom on the order list for dealers to order at the end of June. Why is this important? The Honda Grom has been pulled from order sheets the last couple months insinuating that they finally ran out of 2015 Groms. Why is this important? Now that all the leftover 2015 Grom models are gone, it makes sense to give us the newly changed-up 2016 MSX as our 2017 Grom here in the USA. If the order sheet is referring to the 2017 Grom on our June order sheer then that slates the 2017 Grom release date to be in August of 2016 possibly rolling over into September. Like I mentioned above, August of 2013 (May 13′ official announcement of model) is when they released the 2014 Grim in the USA so that would match up with the past.

I’ll have more details very very soon that I can release so make sure to keep an eye out here on my blog as well as Facebook, Twitter, Instagram etc.